Steve Jobs famously once said that people don’t read anymore, but it turns out younger people are, in fact, reading quite a lot — just in different ways than expected. Case in point: 70 million readers log in to online community Wattpad each month, where they spend more than 22 billion minutes engaged in its original stories. Eighty percent of that user base is either millennial or Gen Z, and 70 percent are female. Today, Wattpad is going after its most avid readers with the launch of a new program offering exclusive stories, called Wattpad Next.

Currently in beta, Wattpad Next will initially be available to Wattpad’s 13 million monthly users in the U.S. It will then roll out to Spanish-speaking countries, followed by a global launch in 2019.

The company has also tested the program before today in Canada, Great Britain, Mexico and the Philippines. 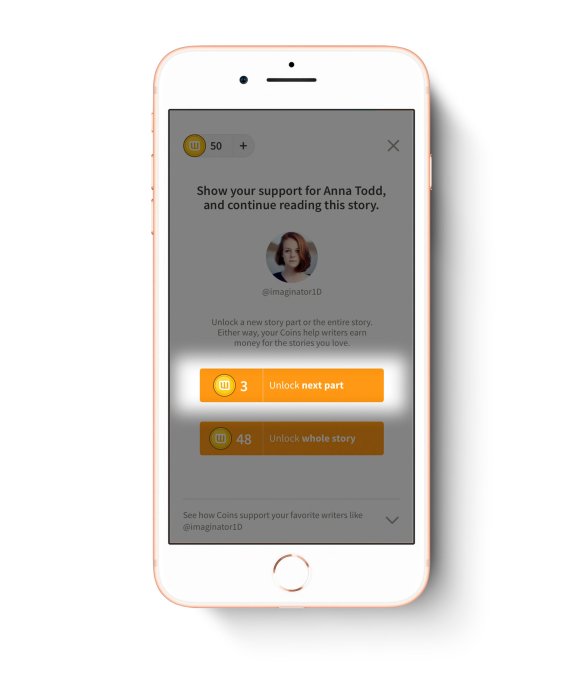 The program offers users a new way to support favorite writers by offering a selection of stories that you have to pay to read.

The stories span genres and completion status, as some are still being written in the serialized format known to Wattpad readers, while others are finished.

These are purchased using Wattpad’s new virtual currency called Coins, which are bought in-app in packs starting at 99 cents for 9 coins and ranging up to $7.99 for 230 coins. Users can then choose to purchase the stories by chapter, or in full for those works that are completed. 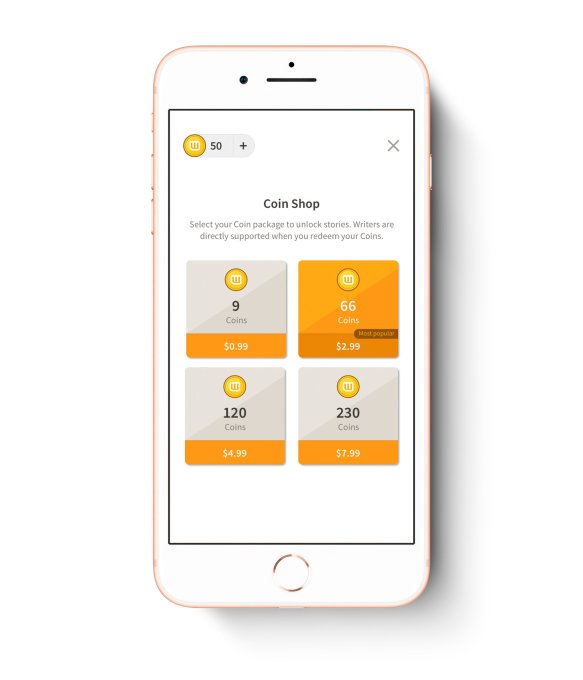 At launch, there are 50 exclusive stories available, with plans to further grow that selection and participating writers in early 2019.

Writers are being invited to join Next — they can’t choose to sign up. Wattpad says it selected stories based on data science.

“Specialists from our Story DNA machine learning teams collaborated with our editorial experts to find stories and writers with exceptional potential for Wattpad Next,” a spokesperson said.

The revenue generated by the stories goes largely to the writers, but the company declined to disclose the split.

“Wattpad users around the world have overwhelmingly embraced the chance to support their favorite writers through the Wattpad Next (beta) program,” said Allen Lau, Wattpad CEO and co-founder, in a statement.

“This program is part of our commitment to helping writers earn money from their stories, monetizing stories both on and off of Wattpad. Along with opportunities to connect with brands, and work with Wattpad Studios to turn their stories into books, TV shows, films, and digital projects, writers can now make money directly from the fans that have supported them since their first page. The beta phase of Wattpad Next is just the beginning, as we look at new ways to help support Wattpad writers around the world,” he said. 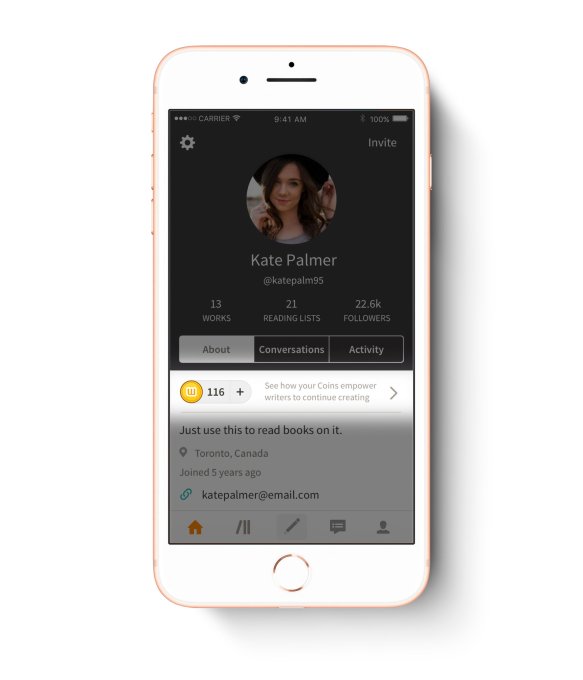 Wattpad Next is one of several ways the company has chosen to generate revenue. The company also monetizes via ads, which users can opt out of by subscribing to Wattpad Premium.

Wattpad declined to say how many members have converted to that program, but notes it “exceeded expectations.”

The company has gotten involved in Hollywood deal-making through its studio arm, too, and has turned some of its top stories into books.

This has led to nearly a thousand of its stories to date being published as books or turned into TV shows, movies and other digital media projects, the company claims. A few of its recent high-profile wins on that front include Wattpad’s co-producing of Hulu’s “Light as a Feather” with AwesomenessTV; the Netflix success story that was “The Kissing Booth” movie; and Sony Pictures Television acquisition of the rights to Wattpad story “Death is my BFF,” which was read more than 92 million times.

Wattpad this year raised $51 million from Tencent and others, and has signed new partnerships with iflix, Sony, SYFY and others.

Wattpad Next (beta) is available on the web, iOS and Android.