About a year ago, David Hyman, former Beats Music CEO and co-founder of music startup Mog that eventually sold to Beats Music, did something that was “very abnormal for me — career-wise,” he told TechCrunch. Hyman was an entrepreneur in residence at a giant real estate company. Because the music industry has changed so much, he said he didn’t want to do another music company.

While at this real estate company, Hyman said he started riding electric scooters everywhere, realizing that “it was so much better to get on a rideshare scooter than to drive my car or take an Uber.”

One day, Hyman rode one of these shared electric scooters to a grocery store in Oakland to buy some ice cream. Once he got back outside, the scooter was gone. He proceeded to look for the closest scooter, which was about one-quarter mile away, he said. But as he was approaching the scooter, someone scooped it up. That’s when Hyman said he had his epiphany.

“I just want one when I open my door and I want to take it on BART (Bay Area Rapid Transit) and jump off and go wherever I want,” Hyman said. “And so that embarked on a journey to find one to buy, but I couldn’t find a good one to buy in the U.S.”

Hyman was looking for one that was portable and lightweight, with good range, torque and motor power. He landed on one he found on Alibaba, but still wasn’t completely jazzed about it.

That’s where Unagi, founded by Hyman, comes in. Launching on Kickstarter today, Unagi is looking to raise $30,000 and start shipping the scooters in January.

Unlike the other electric scooter startups that have cropped up over the past year, Unagi is taking a different approach. Hyman is betting that after people become accustomed to riding electric scooters via the likes of Bird, Lime, Spin, Skip and so forth, they’ll realize it’s cheaper to just buy their own. Though, Hyman admits he does not have any data to back up that hypothesis.

The Unagi scooter itself is undoubtedly beautiful. That’s in part thanks to a design partnership the company formed with a firm out of China.* The scooters are manufactured across 15 different Chinese plants, but Hyman said the company might start assembling the scooters in the U.S.

“There’s this tax people talk about called the Trump tax,” he said.

Right now, Unagi’s minimum production goal is 300 scooters upon launch, but Hyman thinks it’ll probably be somewhere between 500 to 1,000. 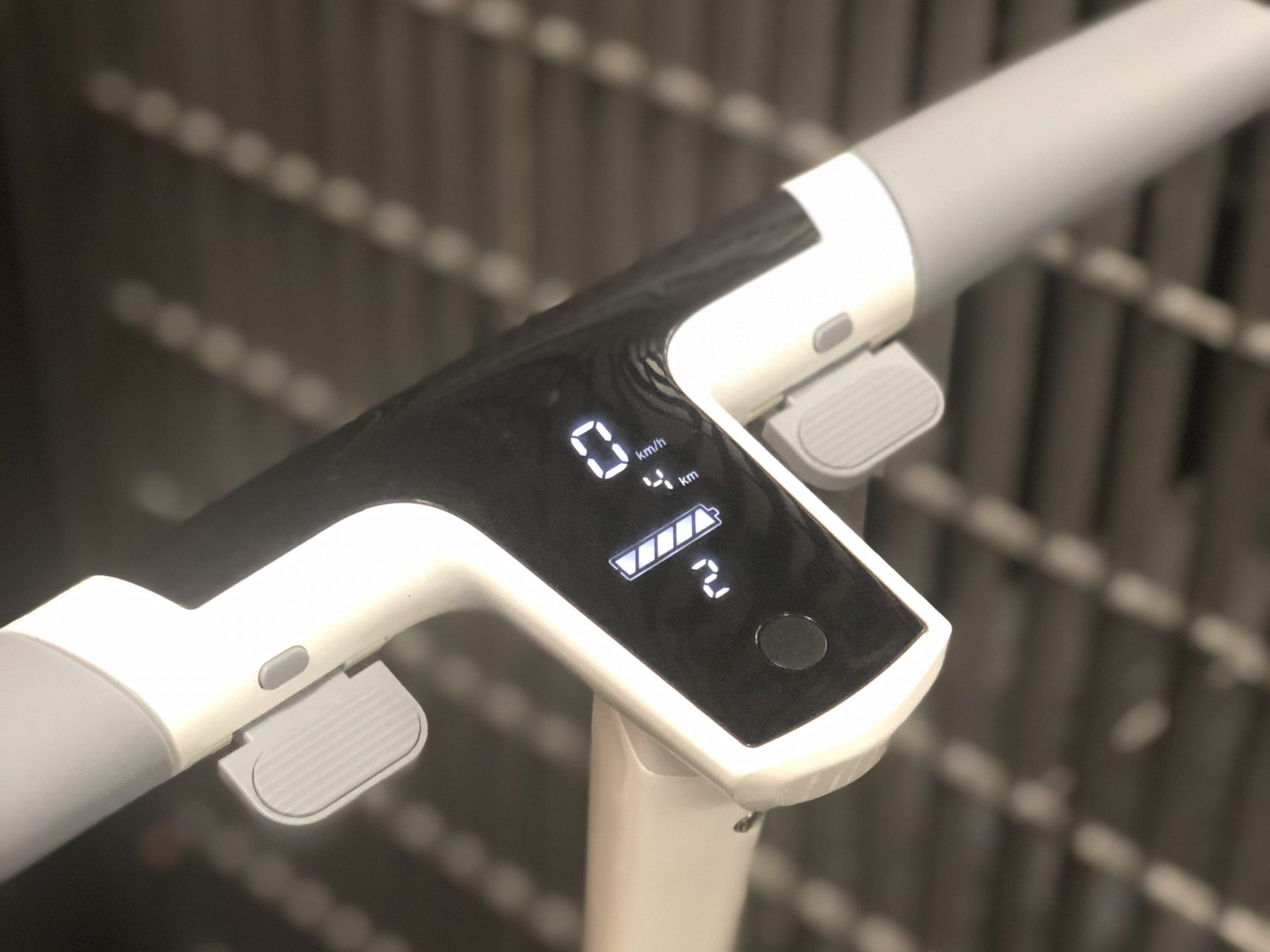 Compared to other electric scooters you could own, Unagi is a bit more expensive than its competitors. The Xiaomi Mi retails for $599 on Amazon while the Ninebot scooter costs $777.

But Hyman said he’s not necessarily looking to get the price down, noting how you “pay a premium for beautiful design. That’s just the reality of it.”

Hyman also pointed out that Unagi is built with carbon fiber instead of aluminum, as well as magnesium alloy handles.

I rode the scooter once and didn’t feel entirely confident about the brakes, which are all electric (versus electric plus mechanical, or electric plus disc brake), on the downhill. Hyman took a look at the scooter I’d been riding and didn’t see any apparent problems with it. Minus the braking issue, the Unagi is fun to ride and will even get you up some hills in San Francisco.

For future models, Hyman said he’s thinking about security and locking mechanisms. He envisions including GPS tracking to make it easier to recover your scooter if it gets lost or stolen. Unagi is entirely bootstrapped but is today launching a $30,000 Kickstarter campaign.

*Update 10/16/2018: Unagi is exclusively working with QMY, who created the Swan. According to Hyman, the designers who called themselves QMY and Unagi are now one team following “months of discussion, negotiation, and investment.” He added, Unagi spent six months “massively improving on the legacy design.” Lastly, the Swan “was essentially a beta and never went into mass production, and the Unagi is the 1.0. and going forward it’s all Unagi (with plans for new models already in the works),” Hyman said.