Based in Singapore, with operations in India and Indonesia, Bizense specializes in “mobile ad platform[s] for Telco’s, large publishers, and [e-commerce] ad networks” under its proprietary Adatrix platform — according to its website and a release.

The price of the acquisition was not disclosed.

Products allow users to drill down on multiple combinations of behavioral and demographic information and reach consumers through video and SMS campaigns while connecting to online sales and payments systems.

Terragon clients include local firms, such as Honeywell, and global names including Unilever, DHL and international agribusiness firm Olam.

The company’s founder and CEO Elo Umeh sees cross-cutting purposes for Terragon services in other markets.

“Most of the problems we seek to solve for our clients in Africa also exist in places like South East Asia and Latin America,” Umeh told TechCrunch.

The Bizense acquisition doesn’t lessen Terragon’s commitment to its home markets, according to Umeh.

“We are…super focused on Africa right now, building out propriety platforms powered by data and artificial intelligence to help Telco’s, SMEs, FMCGs and financial institutions …increase their customer base and drive more transaction volumes,” he said. 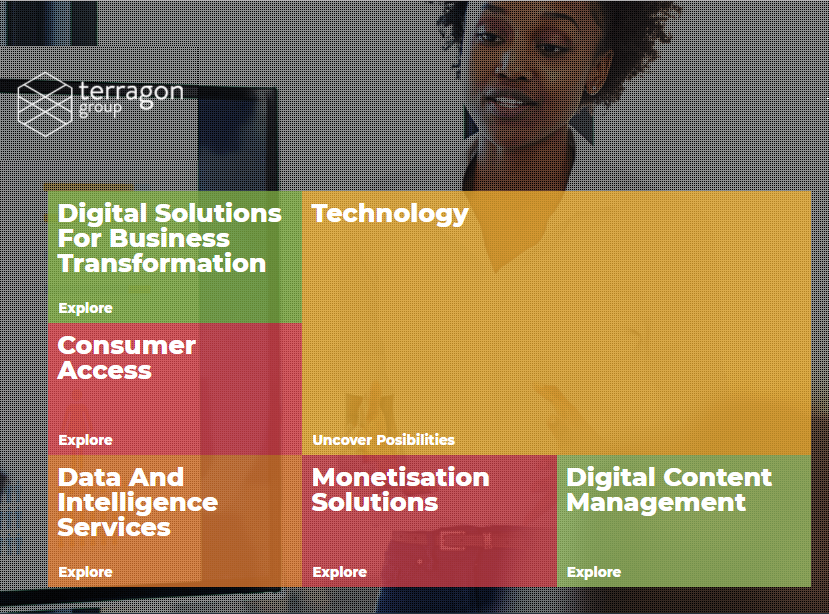 Terragon’s CEO would not divulge the acquisition value, saying only that it consisted of “a combination of cash and stocks, with the actual amount not disclosed.”

In an interview with TechCrunch earlier this year, Umeh confirmed the company was looking into global expansion.

Tarragon already has a team of 100 employees across Nigeria, Kenya, Ghana and South Africa.

Umeh indicated the company is contemplating further expansion in Asia and the Latin America, where Terragon already has consumer data research and development teams.

With the Bizense acquisition Terragon plans to “build out platforms, tools and machine learning models to help businesses…acquire new customers and get existing customers to do more.”

Bizense founder and CEO Amit Khemchandani will be involved in this process. “We are excited about the next phase of this journey as we innovate for Africa and other emerging markets,” he said.

With the exception of South African media and investment giant Naspers, acquisitions of any kind — intra-continental or international — are a rarity for Sub-Saharan African startups and tech companies.

Terragon’s acquisition in Singapore, and other moves made by several other Nigerian startups this year, could change that. African financial technology companies like Mines and Paga announced their intent to expand in and outside Africa. They would join e-commerce site MallforAfrica, which went global in July in a partnership with DHL.