Selling equity to buy Facebook and Google ads is a bad deal for startups. Clearbanc offers a fundraising alternative. For fast-growing businesses reliably earning sales from their marketing spend, Clearbanc offers funding from $5,000 to $10 million in exchange for a steady revenue share of their earnings until it’s paid back plus a 6 percent fee. Clearbanc picks which merchants qualify by developing tech that scans their Stripe, Facebook ads and other accounts to assess financial health and momentum. It’s already doled out $100 million this year. 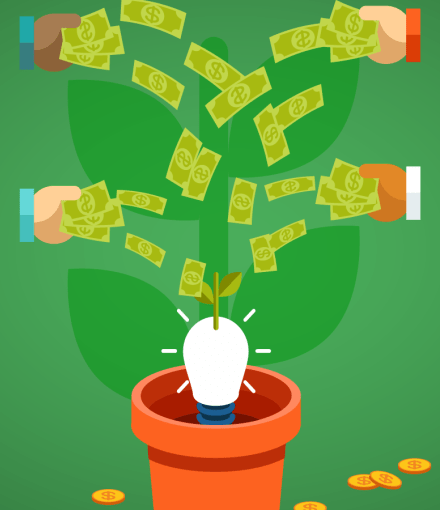 “As a business successfully scales, we continue to provide them ongoing capital,” co-founder and CEO Andrew D’Souza tells me. “Our goal is to be the first and last backer of a successful business and save the entrepreneur from having to take hundreds of pitch meetings to keep their company funded.”

After largely flying under the radar since being found in 2015, now Clearbanc has some big funding news of its own. It’s now raised $70 million from a seed and new Series A round from Emergence Capital, Social Capital, CoVenture, Founders Fund, 8VC and more, with Emergence’s Santi Subotovsky joining the board.

“Venture capital has shifted. Instead of funding true research and development, today 40 percent of venture capital goes directly to buying Google and Facebook ads,” D’Souza claims (that may be true for some e-commerce startups, but TechCrunch could not verify that stat for all startups). “Equity is the most expensive way to fund digital ad spend and repeatable growth. So we created something new.”

“We started investing together in some of the deals we would see from Dragons’ Den and often found that an equity investment wasn’t the right structure for these consumer product companies. They had great economics and had found a niche of customers, but often didn’t want to exit the business at any point,” D’Souza recalls. “They needed money to acquire more customers, scale up their marketing efforts and online ad spend. So we started to do these revenue share deals.”

Both engineers, they built tech to automate the due diligence and find companies with healthy unit economics and customer acquisition costs. The partnership blossomed into Clearbanc, and romance. “We’re also a couple, so we spend a lot of time together,” D’Souza writes. Inter-startup dating can be problematic, but so far seems to be working for Clearbanc. 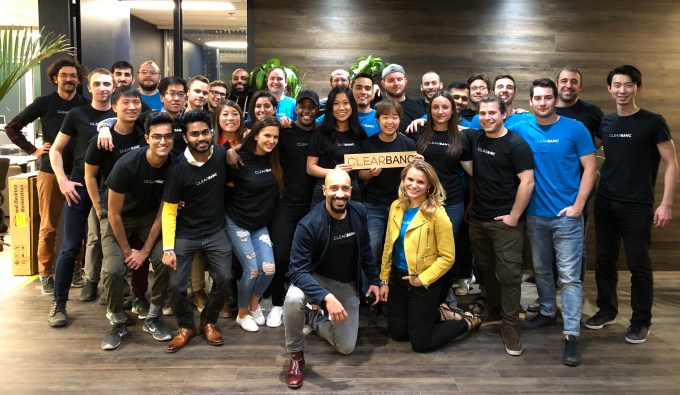 Now Clearbanc has poured over $100 million into 500 companies in 2018, like Vinebox. The subscription wine box company used Clearbanc to grow its membership numbers while raising a Series A for developing new products. Clearbanc’s companies pay out 5 percent in revenue share until the investment plus 6 percent is paid back. That’s a great deal for companies that are already proven moneymakers, like Hunt A Killer, a murder mystery game subscription box that had raised $10,000 and was selling swiftly. Derisked, it didn’t need venture, and has now taken $8 million from Clearbanc to ramp its business. 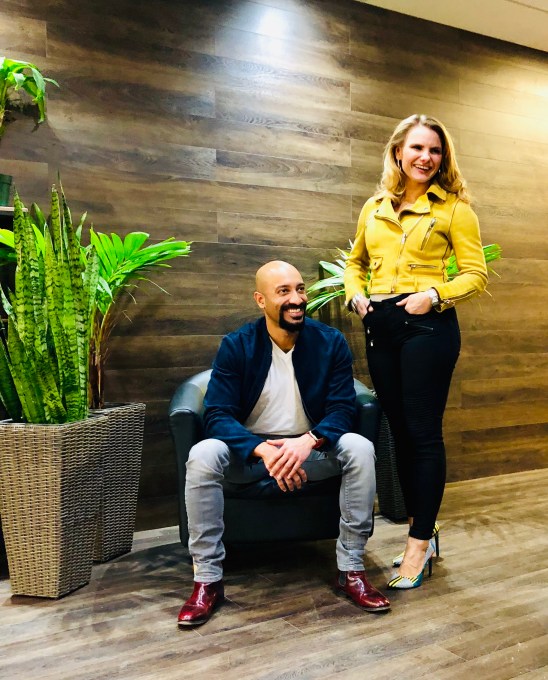 Clearbanc is rising up at a time when organic growth channels are shutting down. The ruthless optimization of algorithmic feeds by Facebook, Instagram and Twitter suppress marketing content unless businesses are willing to pay. Without free virality opportunities, companies must rely on venture funding or loans just to turn around and pay that money to big ad platforms. With the new cash, which also comes from iNovia Capital, Real Ventures, Portag3, Precursor, WTI, Berggruen and FJ Labs, Clearbanc plans to expand abroad after doing deals in the U.S. and Canada. It’s also going to invest in building awareness as well as its data science capabilities.

D’Souza and Romanow must have confidence in their tech, as a wrong investment means they might never get their cash back. “We pay a lot of attention to our underwriting and decision-making process because if we make a mistake, we can lose a lot of money. Unlike a VC, we don’t expect the majority of our companies to fail and have the winners make up for the losses,” says D’Souza. One big misstep could wipe out the gains from a bunch of other investments.

Meanwhile, it has to break the norms of how businesses find funding. Startups immediately seek traditional venture or debt financing that can depend on the flashy names already on their cap table, while merchants turn to exploitative online lenders that require a personal guarantee and base their decisions on the founders’ own credit history instead of the business.

While riskier hard-tech startups that will take years to get to market will still need venture, a new crop of direct-to-consumer products and other fast-monetizing startups that are already humming can avoid diluting their team and investors by using Clearbanc. D’Souza concludes, “We’ve spent our entire careers as entrepreneurs and wanted to build a new asset class to help entrepreneurs grow.”