To offset the creepiness of having Facebook’s camera and microphone in your house, its new Portal video chat gadget needs best-in-class software.  Its hardware is remarkably well done, plus Messenger and the photo frame feature work great. But its third-party app platform was pretty skimpy when the device launched this week.

Facebook is increasingly relying on its smart display competitors to boost Portal’s capabilities. It already comes with Amazon Alexa inside. And now, Google’s YouTube is part of the Portal app platform. “Yes, YouTube.com is available through an optional install in the ‘Portal Apps’ catalog” a Facebook spokesperson tells me. You can open it with a “Hey Portal” command, but there currently seems to be no way to queue up specific videos or control playback via voice. 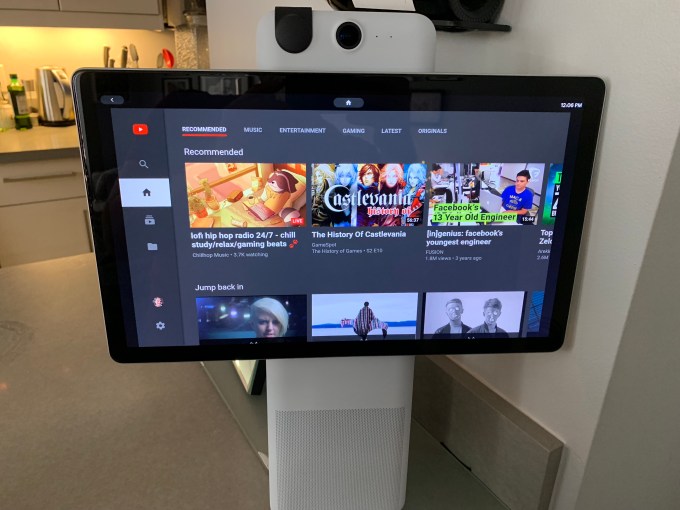 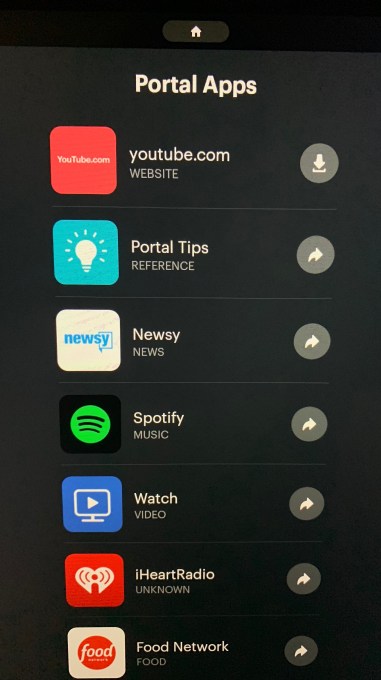 The addition gives Portal much greater flexibility when it comes to video. Previously it could only play videos from Facebook Watch, Food Network, or Newsy. It also brings the device to closer parity with Google’s Home Hub screen, the Google Assistant-powered smart displays from JBL and Lenovo, and the Amazon Echo Show 2 which Google blocked from using YouTube before Amazon added a web browser to the device to reopen YouTube access.

Read our comparison of the top smart display gadgets

YouTube makes the most of the $349 Portal+’s 15.6-inch 1080p screen, the biggest and sharpest of the smart display crop. Whether for watching shows or recipe videos while making dinner, instructional clips while putting together furniture, or Baby Shark to keep the kids busy, Portal becomes a lot more useful with YouTube.

But we’re still waiting for the most exciting thing Facebook has planned for Portal: Google Assistant. A month ago Facebook’s VP of Portal Rafa Camargo told me “We definitely have been talking to Google as well. We view the future of these home devices . . . as where you will have multiple assistants and you will use them for whatever they do best . . . We’d like to expand and integrate with them.” Now a Facebook spokesperson tells me that they “Don’t have an update on Google Assistant today but we’re working on adding new experiences to Portal.”

The potential to put both Google and Amazon’s voice assistants on one device could make Portal’s software stronger than either competitor’s devices. Many critics have asked if Facebook was naive or calloused to launch Portal in the wak of privacy issues like the Cambridge Analytica scandal and its recent data breach. But as I found when testing the Portal with my 72-year-old mother, not everyone is concerned with Facebook’s privacy problems and instead see Portal as a way for the social network to truly bring them closer to their loved ones. With Amazon and Google racing to win the smart display market, Facebook may see it worth the tech insider backlash to have a shot at mainstream success before its boxed out.