A report by England’s children’s commissioner has raised concerns about how kids’ data is being collected and shared across the board, in both the private and public sectors.

In the report, entitled Who knows what about me?, Anne Longfield urges society to “stop and think” about what big data means for children’s lives.

Big data practices could result in a data-disadvantaged generation whose life chances are shaped by their childhood data footprint, her report warns.

The long term impacts of profiling minors when these children become adults is simply not known, she writes.

“Children are being “datafied” – not just via social media, but in many aspects of their lives,” says Longfield.

“For children growing up today, and the generations that follow them, the impact of profiling will be even greater – simply because there is more data available about them.”

By the time a child is 13 their parents will have posted an average of 1,300 photos and videos of them on social media, according to the report. After which this data mountain “explodes” as children themselves start engaging on the platforms — posting to social media 26 times per day, on average, and amassing a total of nearly 70,000 posts by age 18.

“We need to stop and think about what this means for children’s lives now and how it may impact on their future lives as adults,” warns Longfield. “We simply do not know what the consequences of all this information about our children will be. In the light of this uncertainty, should we be happy to continue forever collecting and sharing children’s data?

“Children and parents need to be much more aware of what they share and consider the consequences. Companies that make apps, toys and other products used by children need to stop filling them with trackers, and put their terms and conditions in language that children understand. And crucially, the Government needs to monitor the situation and refine data protection legislation if needed, so that children are genuinely protected – especially as technology develops,” she adds.

The report looks at what types of data is being collected on kids; where and by whom; and how it might be used in the short and long term — both for the benefit of children but also considering potential risks.

On the benefits side, the report cites a variety of still fairly experimental ideas that might make positive use of children’s data — such as for targeted inspections of services for kids to focus on areas where data suggests there are problems; NLP technology to speed up analysis of large data-sets (such as the NSPCC’s national case review repository) to find common themes and understand “how to prevent harm and promote positive outcomes”; predictive analytics using data from children and adults to more cost-effectively flag “potential child safeguarding risks to social workers”; and digitizing children’s Personal Child Health Record to make the current paper-based record more widely accessible to professionals working with children.

But while Longfield describes the increasing availability of data as offering “enormous advantages”, she is also very clear on major risks unfolding — be it to safety and well-being; child development and social dynamics; identity theft and fraud; and the longer term impact on children’s opportunity and life chances.

“In effect [children] are the “canary in the coal mine for wider society, encountering the risks before many adults become aware of them or are able to develop strategies to mitigate them,” she warns. “It is crucial that we are mindful of the risks and mitigate them.”

One clear takeaway from the report is there is still a lack of transparency about how children’s data is being collected and processed — which in itself acts as a barrier to better understanding the risks.

“If we better understood what happens to children’s data after it is given – who collects it, who it is shared with and how it is aggregated – then we would have a better understanding of what the likely implications might be in the future, but this transparency is lacking,” Longfield writes — noting that this is true despite ‘transparency’ being the first key principle set out in the EU’s tough new privacy framework, GDPR.

The updated data protection framework did beef up protections for children’s personal data in Europe — introducing a new provision setting a 16-year-old age limit on kids’ ability to consent to their data being processed when it came into force on May 25, for example. (Although EU Member States can choose to write a lower age limit into their laws, with a hard cap set at 13.)

And mainstream social media apps, such as Facebook and Snapchat, responded by tweaking their T&Cs and/or products in the region. (Although some of the parental consent systems that were introduced to claim compliance with GDPR appear trivially easy for kids to bypass, as we’ve pointed out before.)

But, as Longfield points out, Article 5 of the GDPR states that data must be “processed lawfully, fairly and in a transparent manner in relation to individuals”.

Yet when it comes to children’s data the children’s commissioner says transparency is simply not there.

She also sees limitations with GDPR, from a children’s data protection perspective — pointing out that, for example, it does not prohibit the profiling of children entirely (stating only that it “should not be the norm”).

While another provision, Article 22 — which states that children have the right not to be subject to decisions based solely on automated processing (including profiling) if they have legal or similarly significant effects on them — also appears to be circumventable.

“They do not apply to decision-making where humans play some role, however minimal that role is,” she warns, which suggests another workaround for companies to exploit children’s data.

“Determining whether an automated decision-making process will have “similarly significant effects” is difficult to gauge given that we do not yet understand the full implications of these processes – and perhaps even more difficult to judge in the case of children,” Longfield also argues.

“There is still much uncertainty around how Article 22 will work in respect of children,” she adds. “The key area of concern will be in respect of any limitations in relation to advertising products and services and associated data protection practices.”

The report makes a series of recommendations for policymakers, with Longfield calling for schools to “teach children about how their data is collected and used, and what they can do to take control of their data footprints”.

She also presses the government to consider introducing an obligation on platforms that use “automated decision-making to be more transparent about the algorithms they use and the data fed into these algorithms” — where data collected from under 18s is used.

Which would essentially place additional requirements on all mainstream social media platforms to be far less opaque about the AI machinery they use to shape and distribute content on their platforms at vast scale. Given that few — if any — could claim not to have no under 18s using their platforms.

She also argues that companies targeting products at children have far more explaining to do, writing:

Companies producing apps, toys and other products aimed at children should be more transparent about any trackers capturing information about children. In particular where a toy collects any video or audio generated by a child this should be made explicit in a prominent part of the packaging or its accompanying information. It should be clearly stated if any video or audio content is stored on the toy or elsewhere and whether or not it is transmitted over the internet. If it is transmitted, parents should also be told whether or not it will be encrypted during transmission or when stored, who might analyse or process it and for what purposes. Parents should ask if information is not given or unclear.

Another recommendation for companies is that terms and conditions should be written in a language children can understand.

(Albeit, as it stands, tech industry T&Cs can be hard enough for adults to scratch the surface of — let alone have enough hours in the day to actually read.) 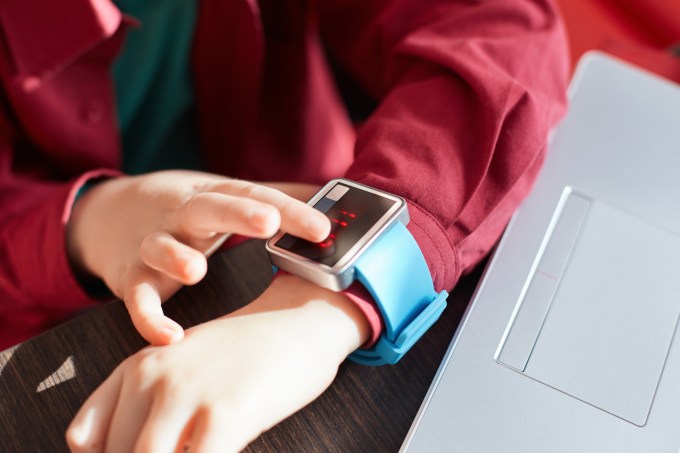 A recent U.S. study of kids apps, covered by BuzzFeed News, highlighted that mobile games aimed at kids can be highly manipulative, describing instances of apps making their cartoon characters cry if a child does not click on an in-app purchase, for example.

A key and contrasting problem with data processing is that it’s so murky; applied in the background so any harms are far less immediately visible because only the data processor truly knows what’s being done with people’s — and indeed children’s — information.

Yet concerns about exploitation of personal data are stepping up across the board. And essentially touch all sectors and segments of society now, even as risks where kids are concerned may look the most stark.

This summer the U.K.’s privacy watchdog called for an ethical pause on the use by political campaigns of online ad targeting tools, for example, citing a range of concerns that data practices have got ahead of what the public knows and would accept.

It also called for the government to come up with a Code of Practice for digital campaigning to ensure that long-standing democratic norms are not being undermined.

So the children’s commissioner’s appeal for a collective “stop and think” where the use of data is concerned is just one of a growing number of raised voices policymakers are hearing.

One thing is clear: Calls to quantify what big data means for society — to ensure powerful data-mining technologies are being applied in ways that are ethical and fair for everyone — aren’t going anywhere.