At its Android Dev Summit, Google today announced a number of new tools and features for developers that write apps for its mobile operating system. Some of those are no surprise, including support for the latest release of the Kotlin language, which is becoming increasingly popular in the Android developer ecosystem, as well as new features for the Android Jetpack tools and APIs, as well as the Android Studio IDE. The biggest surprise, though, is likely the launch of the In-app Updates API.

While the name doesn’t exactly make it sound like a break-through feature, it’s actually a big deal. With this new API, developers now get two new ways to push users to update their app.

“This is something that developers have asked us for a long time is — say you own an app and you want to make sure the user is running the latest version,” Google senior director for Android product management and developer relations Stephanie Saad Cuthbertson told me. “This is something developers really fret.”

Say you shipped your application with a major bug (it happens…) and want to make sure that every user upgrades immediately; you will soon be able to show them a full-screen blocking message that will be displayed when they first start the app again and while the update is applied. That’s obviously only meant for major bugs. The second option allows for more flexibility and allows the user to continue using the app while the update is downloaded. Developers can fully customize these update flows.

Right now, the new updates API is in early testing with a few partners and the plan is to open it to more developers soon.

As Cuthbertson stressed, the team’s focus in recent years has been on giving developers what they want. The poster child for that, she noted, is the Kotlin languages. “It wasn’t a Google-designed language and maybe not the obvious choice — but it really was the best choice,” she told me. “When you look at the past several years, you can really see an investment that started with the IDE. It’s actually only five years old and since then, we’ve been building it out, completely based on developer feedback.” 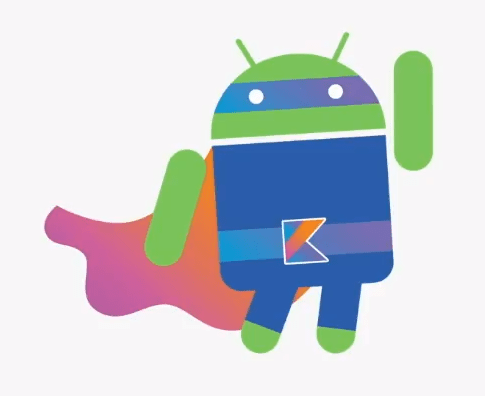 Today, the company announced that 46 percent of professional developers now use Kotlin and more than 118,000 new Kotlin projects were started in Android Studio in the last month alone (and that’s just from users who opt in to share metrics with Google), so that investment is definitely paying off.

One thing developers have lately been complaining about, though, is that build times in Android Studio have slowed down. “What we saw internally was that build times are getting faster, but what we heard from developers externally is that they are getting slower,” Cuthbertson said. “So we started benchmarking, both internally in controlled circumstances, but also for anybody who opted in, we started benchmarking the whole ecosystem.” What the team found was that Gradle, the core of the Android Studio build system, is getting a lot faster, but the system and platform you build on also has a major impact. Cuthbertson noted that the Spectre and Meltdown fixes had a major impact on Windows and Linux users, for example, as do custom plugins. So going forward, the team is building new profiling and analysis tools to allow developers to get more insights into their build times and Google will build more of its own plugins to accelerate performance.

Most of this isn’t in the current Android Studio 3.3 beta yet (and beta 3 of version 3.3 is launching today, too), but one thing Android Studio users will likely be happy to hear is that Chrome OS will get official support for the IDE early next year, using Chrome OS’s new ability to run Linux applications.

Other updates the company announced today are new Jetpack Architecture Component libraries for Navigation and Work Manager, making it easier for developers to add Android’s navigation principles into their apps and perform background tasks without having to write a lot of boilerplate code. Android App Bundles, which allow developers to modularize their applications and ship parts of them on demand, are also getting some updates, as are Instant Apps, which users can run without installing them. Using web URLs for Instant Apps is now optional and building them in Android Studio has become easier.