MacBook Air fans aren’t hard to find. Although I admit to being a bit skeptical at its introduction, the laptop grew from an underpowered runt to an underappreciated workhorse over the years. But the design has hardly changed in the decade (!) since it came out — at least until today’s Apple event, when the company took the wraps off a totally redesigned Air with a retina display and Touch ID — and a new $1,199 price.

“When Steve pulled that MacBook Air out of that envelope, it was clear things would never be the same,” recalled CEO Tim Cook in his introduction. “MacBook Air truly embraced the notion that less indeed could be more. And it redefined the modern notebook in the process. MacBook Air has become the most beloved notebook ever. it’s time for a new MacBook Air, one that takes the MacBook Air experience even further in the areas that are most important to our customers.” (Yes, he said the product name five times in a row like that.)

The new Air is clearly meant for budget buyers who have been put off by the 12″ MacBook, which although popular, isn’t without its flaws, and it ain’t cheap, either. For anyone looking to spend less than a grand on a new Mac notebook, the Air is their best (and practically only) bet. 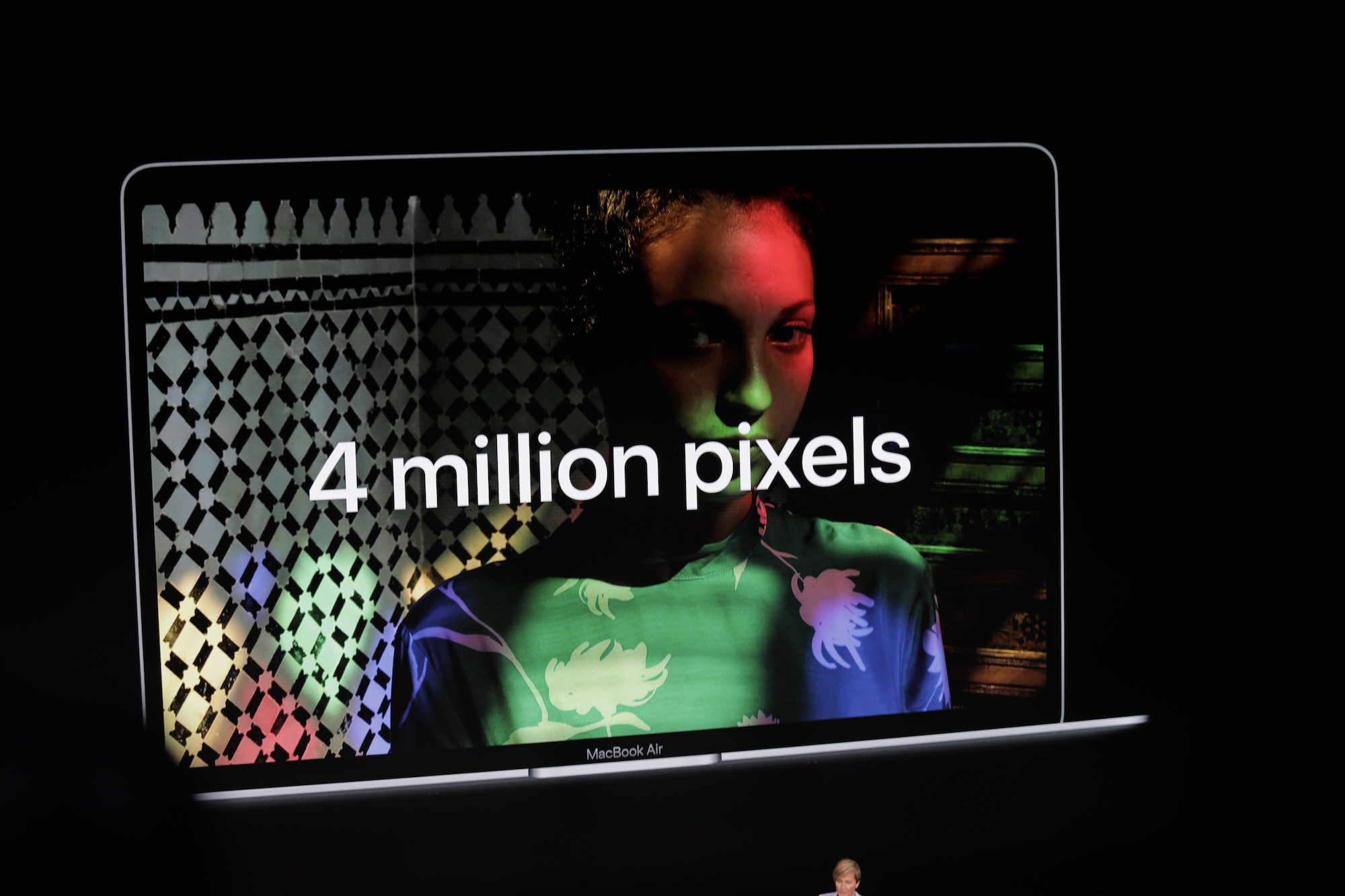 Although the old Air was updated as late as last year with new specs, the display has always been an obvious deficiency. 1440×900 was nothing to crow about even in 2008, let alone nearly a decade later. That’s been fixed with a new high-resolution 13.30-inch screen: inches and 2560×1600. (And “48 percent more color,” whatever that means.)

Of course the guts to support that display, and the tasks you’ll be doing on it, needed a serious bump too. So the new Air has an 8th-generation Intel processor, presumably with integrated graphics. It’s probably enough to play Fortnite, which is all that matters.

As for the design, it really is hard to improve on the original; its knifelike profile was nothing short of astonishing at its debut, and it’s stayed more or less the same since, with a solid keyboard and (regrettably) a rather prominent bezel. The bezel is gone, at least, replaced with a thinner black one. There goes the signature Air look, but you won’t see anyone crying about that. 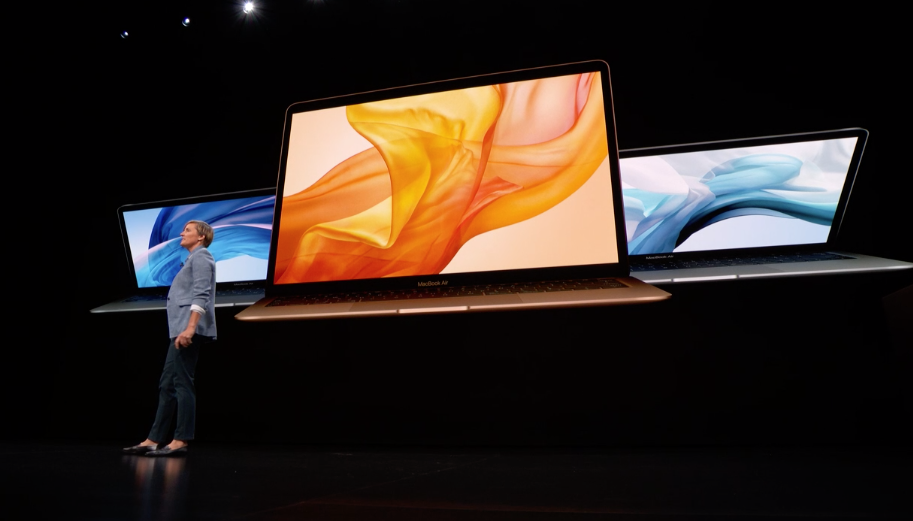 At least it’s still aluminum, and all recycled aluminum now too, Apple explained with pride. Helps make it more sustainable.

The trackpad is the new force touch version, meaning no actual movement when you click, which is a mixed blessing. It’s quite a bit larger, at least, while the laptop itself is a bit smaller and lighter.

The addition of Touch ID and the secure enclave that runs it is welcome, of course, and it’s doubtful many will miss the Touch Bar, which so far hasn’t demonstrated any serious utility outside a few specialty apps and workflows. You have the F-keys instead, which is a good choice. 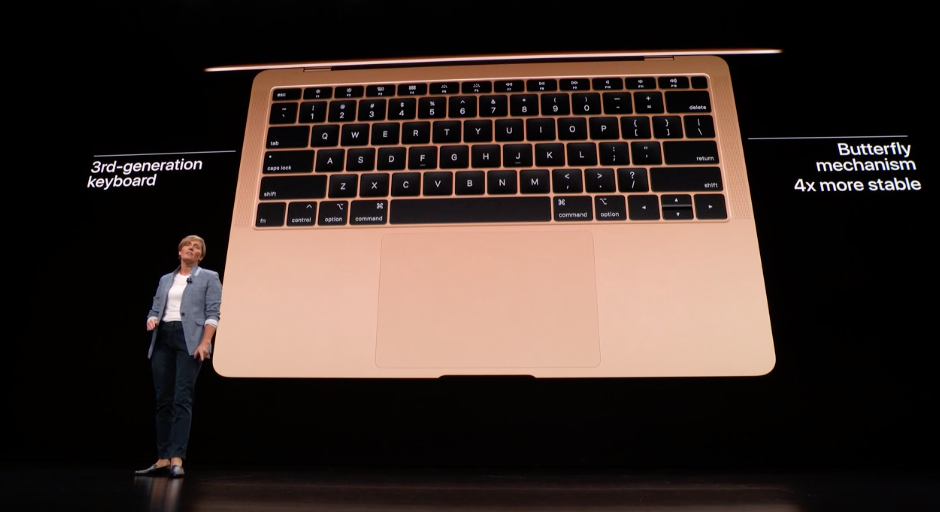 Unfortunately, Apple has also decided to change the keyboard. While the old Air used a tried and true scissor switch, and my 2012 model still types like a dream, the new model uses the much-criticized “butterfly switch” mechanism. This keyboard has proven to be one of Apple’s worst engineering mistakes in years, with many complaining of noise, key failures, and discomfort. Air lovers may find this extremely disappointing.

The MBA’s variety of ports, including USB-A and an SD card reader, are of course gone, replaced by Thunderbolt 3. It’s still a little sad to lose those legacy ports, which are still incredibly useful.

I’ll be holding onto my late-model MacBook Air, myself, but I understand the draw of this new one. It starts at $1,199 — apparently they couldn’t quite hit that $999 sweet spot — and should be available next week.