Apple is expanding the number and types of classes it hosts at its retail stores, under the banner of “Today at Apple.” The company says it’s adding 60 more sessions at its stores, including those focused on using its newer apps, like Siri Shortcuts and Clips, as well as those focused on AR, art, music, family photo-taking and more.

According to Apple SVP of Retail, Angela Ahrendts, Apple has hosted over 18,000 sessions per week, since the launch of the “Today at Apple” program 18 months ago. It also updated the Apple Store app in the latest release to better highlight sessions tailored to individual users based on the devices they own, as well as other signature programs.

“Today we’re announcing 60 newly designed sessions,” said Ahrendts. “Video, music and design have all been expanded and we’re adding walks and labs to most categories. And of course, we’re using Apple’s latest technologies like AR and Siri Shortcuts,” she added. 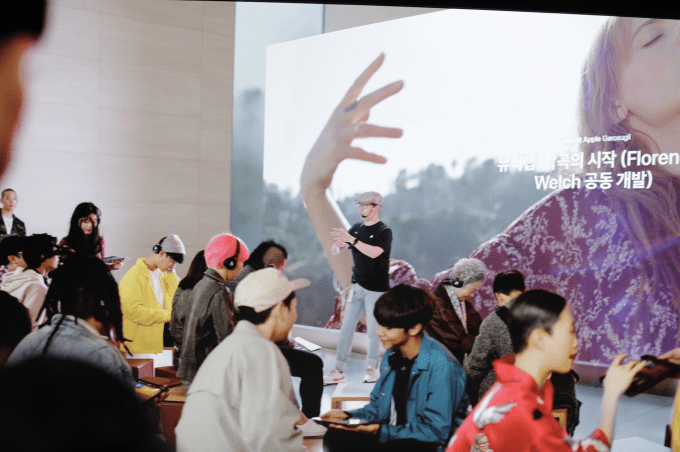 Another session will be a photo lab called “Fun Family Portraits,” which will feature the use of Live Photos, filters and Apple Pencil.

Meanwhile, a new design lab called “Drawing Treehouses” has been co-created with architects Foster + Partners – which collaborated with Apple on Apple Park. The course will teach architectural principles through the lens of fantasy.

A new Pro series will cover skills for Mac owners, like a video lab that teaches Final Cut Pro and a music lab involving Logic Pro.

The company says it’s also expanding spaces for sessions, by adding Forums at over 70 stores per year.

Ahrendts offered an update on existing initiatives, too, noting that Apple had hosted over 2,000 coding sessions throughout Europe as part of EU Code Week, and now holds sessions at all 505 retail locations.