Keith McCarty couldn’t stay out of the booming weed business for long.

The co-founder and former chief executive officer of the well-funded marijuana delivery startup Eaze has launched WAYV, a B2B cannabis logistics and compliance platform that delivers inventory to cannabis retailers. Today, the company is announcing its first round of funding, a $5 million seed round led by David Sacks at Craft Ventures. The round represents the former PayPal executive’s first investment in the cannabis technology sector.

Other investors in the round declined to be named.

McCarty and Sacks previously worked together at Yammer, a private social networking tool used by businesses created by Sacks in 2008. The company sold to Microsoft in 2012 for $1.2 billion, giving McCarty and several others enough cash to experiment. For McCarty, that meant exploring the hazy and uncharted territory that was marijuana delivery.

McCarty, however, mysteriously left Eaze right as the company gained significant traction. Neither the company nor McCarty ever explained the shake-up; McCarty was quickly replaced by another former Yammer employee, Jim Patterson, the founder and former CEO of Zinc. In a conversation with TechCrunch, McCarty didn’t clarify the nature of his exit.

He did say that the idea for WAYV came from observing the difficulties of cannabis supply chain logistics during his time at Eaze. 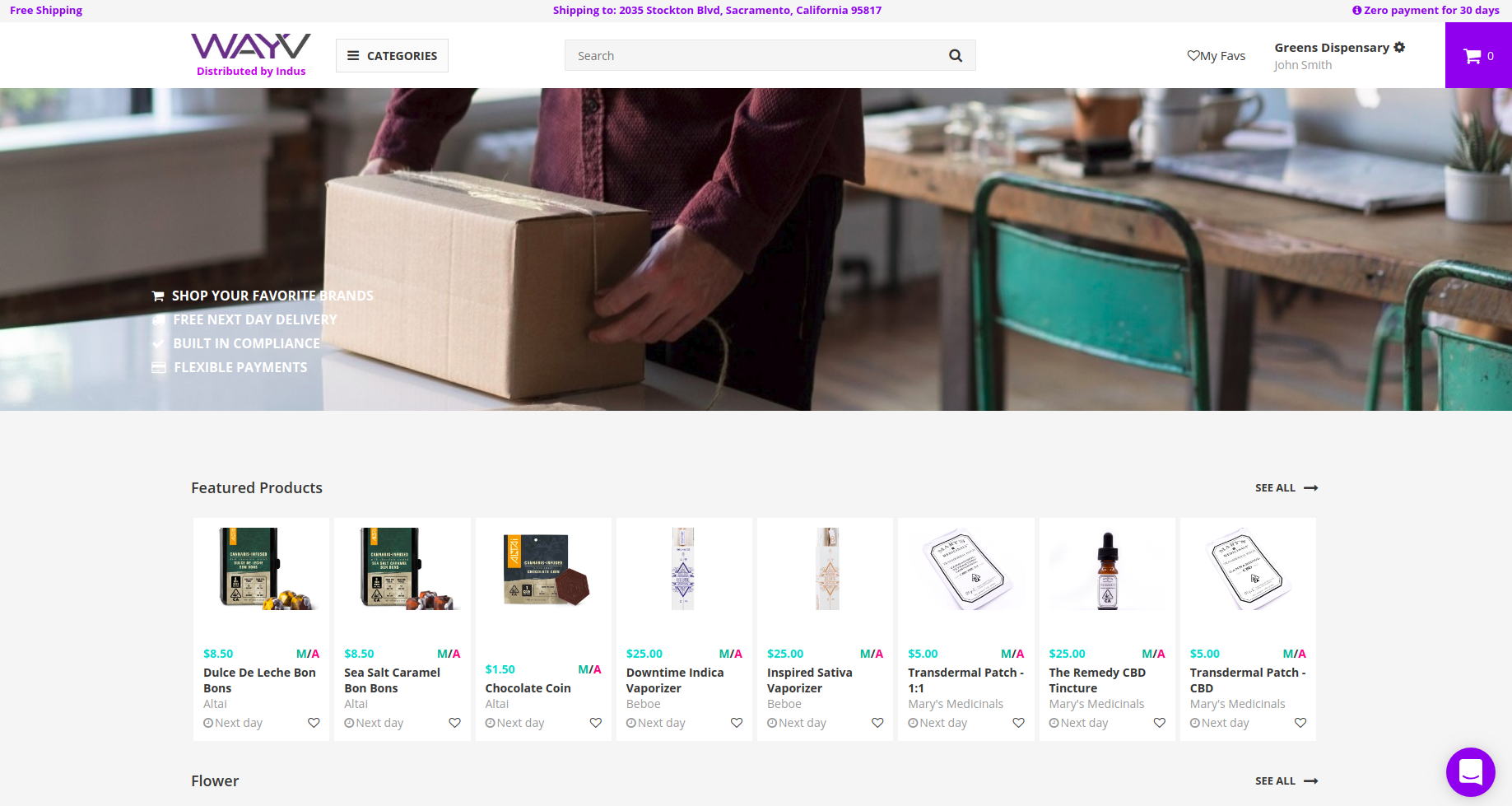 Headquartered in Los Angeles, WAYV connects licensed cannabis companies to licensed brands and provides next-day delivery of cannabis products — it’s essentially Eaze for the cannabis enterprise not the average cannabis consumer. The startup was founded last year and has so far delivered to retailers in California only.

As a second-time cannabis founder, McCarty said building WAYV has been a lot different than launching Eaze, which was one of the first big-name marijuana tech companies.

“Back in 2014, [Eaze was] one of the first to raise venture capital, it was kind of unheard of,” McCarty told TechCrunch. “Now, the majority of Americans favor legalization. For medical, it’s 90 percent and for adult recreational, it’s more than 60 percent. As we Americans continue to favor legalization and that stigma is removed, not just medical but also adult use, it’s going to draw attention and also investment.”

Venture capital investment in cannabis startups has continued to climb, most notably after the state of California voted to legalize recreational marijuana use in 2016. According to Crunchbase, $700 million has been funneled into the space since 2014.

“The industry is moving at such a fast cadence, it’s really exciting to be a part of,” McCarty added.