Grin, the Mexico City-based electric scooter company backed by Y Combinator, is merging with São Paulo-based Ride to further the company’s expansion across Latin America. This comes shortly after Grin raised a ~$45 million Series A round.

Currently, Grin only operates in Mexico City, but it has plans to expand to other cities throughout Latin America. The merger with Ride, which already operates in São Paulo, will enable Grin to do this as early as next week, Grin co-founder Sergio Romo told TechCrunch.

As part of the merger, Ride will operate under the Grin brand in Brazil and the Ride team will be in charge of all of Grin’s operations in Brazil. Ride is currently the only shared electric scooter operator in all of Brazil, but that will soon change when Yellow deploys its scooters. Last month, Yellow raised a $63 million Series A round for its bike- and scooter-share company.

Grin has also partnered with Colombia-based Rappi, an on-demand delivery startup that raised $200 million back in August. This partnership, which will enable Rappi customers to unlock Grin scooters through the Rappi app, will help boost Grin’s expansion across Latin America, Romo said. 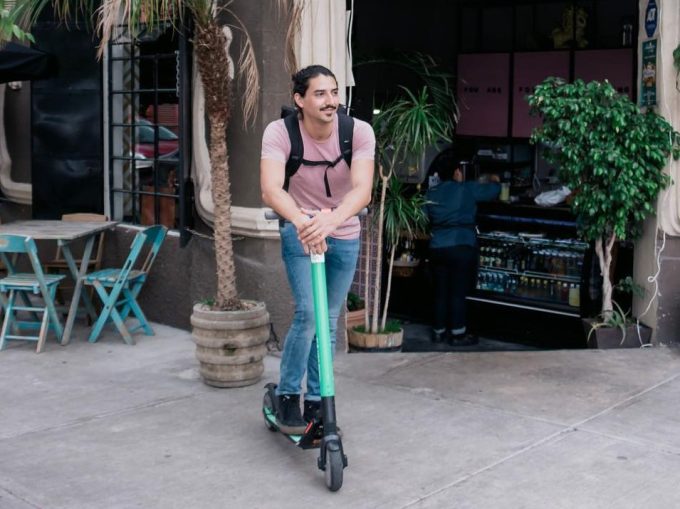 “We definitely want to be global,” Romo said. “I don’t think you can become a ten-billion-dollar company if you don’t go global. I think LATAM might actually be the best market — there’s huge density and a huge market combined with Europe. And who knows, we might pop up in an American city soon if we do a good job. But this is definitely in our heads. This is engineered to be a global play.”