Apple continues to increase its efforts in Southeast Asia’s fast-growing market after it picked Thailand as the location for its second Apple Store in the region.

A post on Apple’s website reveals that it will operate a retail store at the soon-to-open Iconsiam which is set to become Bangkok’s largest mall when it opens next month. The Apple Store is set to open its doors on November 10. An Apple representative confirmed to TechCrunch that the details on the website are indeed accurate.

The new store follows the opening of an Apple Store in Singapore last year, which marked the U.S. firm’s first official brick and mortar presence in Southeast Asia, a region of 650 million consumers that has more internet users than the U.S. population.

Apple doesn’t break out sales figures for Southeast Asia. The region is part of the ‘rest of Asia Pacific’ bracket which excludes Japan and China and accounts for around six percent of Apple’s global revenue.

That is a drop in the proverbial ocean for Apple, but Southeast Asia is one of the few parts of the world where smartphone sales continue to grow at a double-digit percentage. With its devices accounting for a minor share of the region’s markets, primarily due to pricing and a lack of carrier subsidies, it makes sense that Apple is stepping up its retail focus. 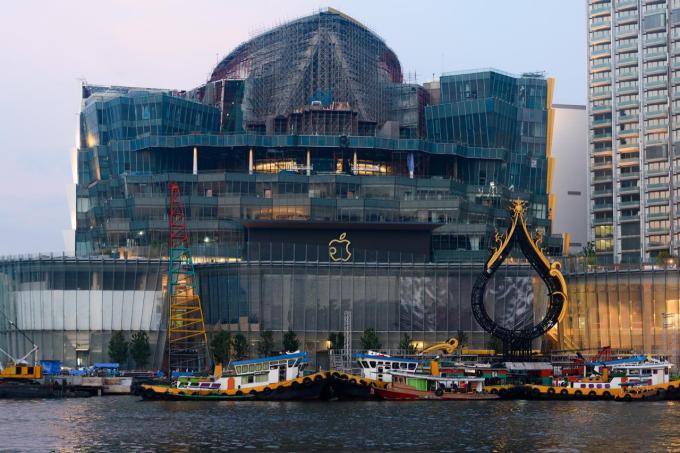 Apple’s official presence in Asia had been limited to China, Hong Kong and Japan until recent times when it opened stores in Korea, Taiwan and Singapore. TechCrunch understands from sources within the real estate industry that Apple is considering Indonesian capital Jakarta and Vietnam as its next store launch markets in Southeast Asia. It intended to open the Thai store as soon as last year but struggled to find a location that it deemed to be fitting for its store, we understand.

Right now, most countries in Southeast Asia are served by ‘licensed’ Apple stores from third-parties, unofficial retailers, Alibaba-owned e-commerce service Lazada and Apple’s own online store. Outside of the region, it has long tried to bring its iconic stores to India, but regulations on operating physical stores have hampered its progress.