Startup Battlefield Africa is set for December 11 in Lagos and investor Marieme Diop and ICT expert Shikoh Gitau will be there to lend their perspective and expertise. The Lagos TechCrunch event is a return to Africa for the Startup Battlefield series after its debut on the continent in Nairobi, Kenya. 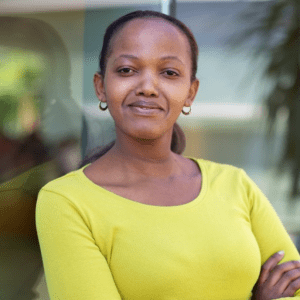 Diop — who is a VC investor in early-stage African startups at Orange Digital Ventures — will speak on venture capital in Africa. And Gitau, who is head of product at Safaricom’s Alpha incubator, joins TechCrunch to discuss talent, innovation, and repatriate entrepreneurs in Africa’s expanding startup landscape.

Alpha opened in 2017 and Gitau led a Pan-African and global search for candidates to form its team. The incubator was established to innovate new products and apps for Safaricom: Kenya’s largest telecom, globally recognized for its M-Pesa mobile money product with 27 million customers.

In April this year, Gitau and her colleagues rolled out Alpha’s first product, called Bonga, to leverage M-Pesa’s extensive financial web as a social and e-commerce network.

Marieme Diop will share insights with the Startup Battlefield crowd on Africa’s VC market. Under her tutelage, Orange Digital Ventures (ODV) participated in a $16 million round for South African fintech startup Yoco and the $8.6 million round to Africa’s Talking—a Pan-African business enterprise software startup. 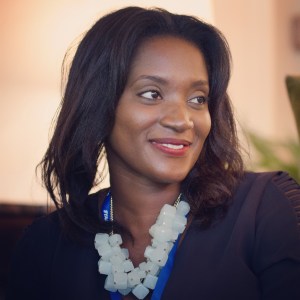 Formed in 2017 as the venture arm of French telco Orange, ODV is a €150 fund with €50 allocated for Africa, according to Diop. It has made 17 investments globally, with 2 in Africa. These follow pre-fund Orange investments in startups Jumia (Africa’s first unicorn), Afrimarket, and Afrostream.

Orange has €40 left for African startup investments, according to Diop. “Our target is to make 4 African investments each year,” she told TechCrunch.

Diop will join Startup Battlefield Africa to discuss investment at a time when VC rounds and funds on the continent are surging. A recent Crunchbase survey found 51 viable Africa-focused VC funds globally, with 22 (or 43 percent) located on the continent. Of those 22, nearly half (41 percent) were formed since 2016, with 9 in Nigeria.

TechCrunch’s Startup Battlefield Africa in Lagos will be a day-long affair and include a competition with pitches from Africa’s top early-stage startups. TechCrunch will also offer panel discussions to explore the continent’s rapidly growing tech ecosystem, including venture capital. You don’t want to miss out. Buy your tickets here.