Access to timely, quality mental health services can be a struggle. Octave, a mental health studio founded by Sandeep Acharya, One Medical’s former head of strategy, is launching today to help with just that.

Octave offers individual therapy, a stress management coaching program and daily, drop-in classes for people seeking mindfulness, help with insomnia and general coping skills. Drop-in classes start at $15 per class while coaching is $75 per session. Octave, however, is still quite costly for ongoing therapy ($180 a session) — and cost is often a significant barrier for people seeking mental health services.

Octave is designed to address people’s therapy needs who may not already have a relationship with a therapist. 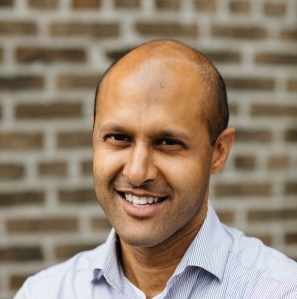 “We certainly don’t want to disrupt existing relationships,” Acharya said. “But if you’re already in therapy, you can still take our classes or use the coaching format.”

It was during his time at One Medical when Acharya realized younger professionals were struggling from anxiety and depression, he said. But that’s not something One Medical actively addresses.

Upon signing up, Octave does an intake call within a couple of days and aims to get people seen by a therapist within a couple of weeks. Acharya says Octave is in line with market averages in New York, but that Octave hopes to help people save money by producing faster results. It’s worth noting that Octave does not take insurance, but that many insurance companies do offer reimbursement.

Octave’s first studio is located in New York City. The plan is to operate six to eight locations within the next two years. Octave has raised an undisclosed amount in a seed round from Felicis Ventures and angel investors.