Dirty data means bad business. Yet sales operations are still largely based on incomplete, manually entered activity logging done by sales reps. Anyone who’s worked in a sales role can attest to the wasted hours of task logging that managers require as part of their oversight. But what if a company could automatically track the steps employees took to land a deal, freeing up reps’ schedules to do their actual jobs? People.ai has raised $30 million to try to achieve just that.

People.ai, a startup that tracks every communication touchpoint between sales teams and customers, wants to solve this problem. Now, the company (and the youngest Y Combinator graduate to make the accelerator’s list of its most successful startups) has attracted the attention of Andreessen Horowitz, scoring a fresh $30 million to move forward on this mission. Also participating in the round were Series A investors Lightspeed Venture Partners, GGV Capital and Y Combinator. In addition to the investment, Andreessen Horowitz general partner Peter Levine is joining People.ai’s board.

The startup, founded by Oleg Rogynskyy, previously raised $7 million. It started as a software meant to give sales managers a predictive playbook for the best way to close a deal, but investors have a master plan for the long term.

While this kind of live data mapping tech resembles an acquisition target for Microsoft or Salesforce, it’s no secret that Andreessen likes to build massive software franchises like Skype, Airbnb and GitHub. As we enter Q4 of 2018, early-stage SaaS investment is stabilizing and public cloud stocks are soaring. Salesforce continues to pump more money into the AI sales concept, paving the way for startups like People.ai to thrive. But when it comes to exit strategy, selling to a large enterprise player is not the goal. 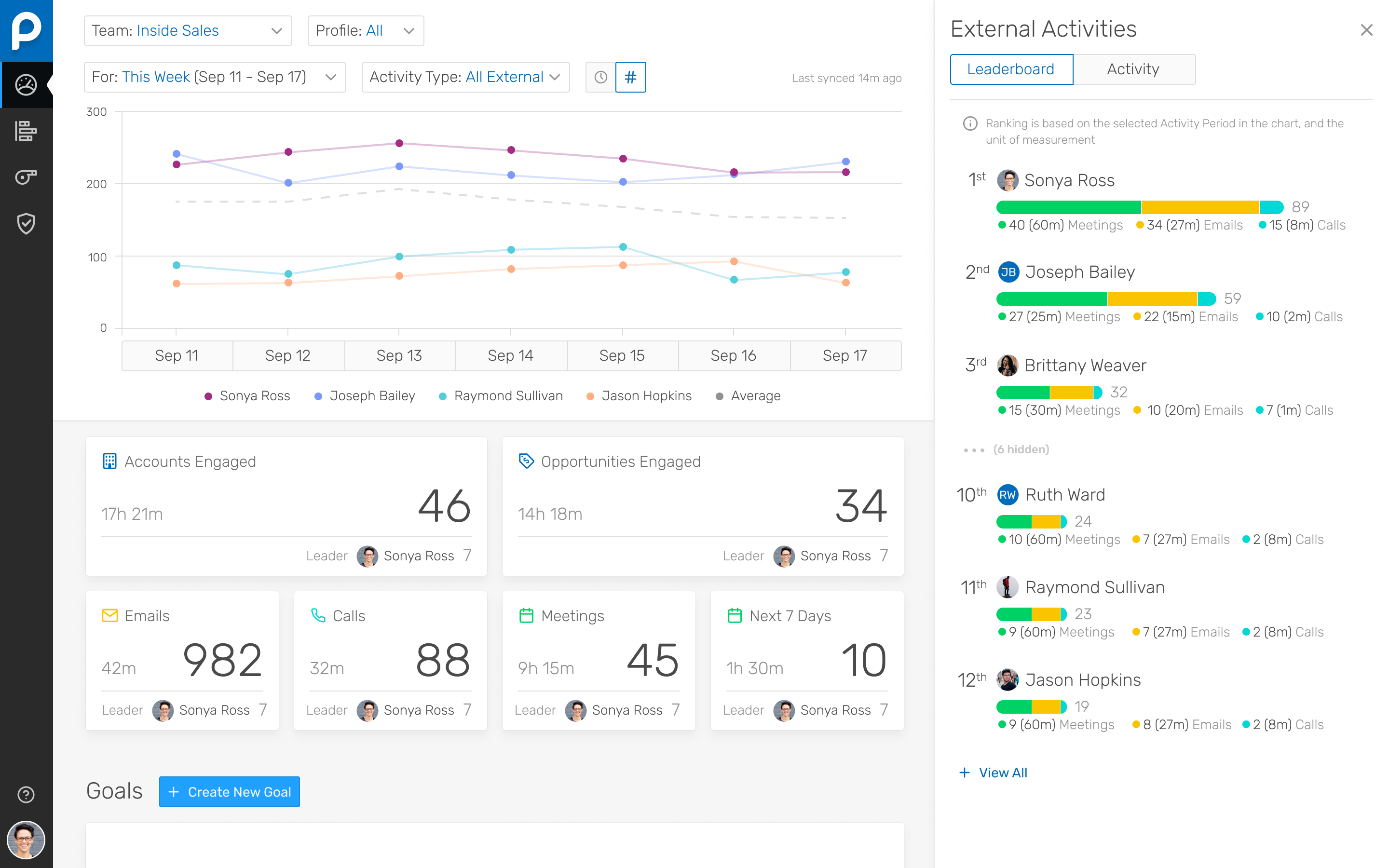 While Rogynskyy tells me he’d eventually like to take the company public, People.ai first needs to solidify itself as an AI solution for enterprises. To do so, the founder says they will use about half of the Series B investment to fund commercial expansion and customer acquisition (something the Andreessen network will undoubtedly catalyze) and the other half to fuel data science and engineering advancements within the business. The San Francisco-based company has also opened offices in Boston and Los Angeles, and is considering building out an engineering-focused team in Canada.

People.ai works with companies like Lyft, Palo Alto Networks and New Relic to help sales and customer support teams improve performance. But how exactly does it operate? The company built a machine learning technology meant to perfectly populate CRM records of salespeople’s processes as they work to close deals. The tech scans email, phone calls and calendar meetings to reveal how much time top performers are spending at each phase of a deal, and where struggling reps may be deviating from typically successful methods. Are salespeople too zoned in on one phase of a deal? Not spending enough time talking to product managers, executives or other decision makers? Are they focusing on the right leads to begin with? Those are the questions People.ai’s algorithms seek to answer.

“We’ve expanded so that we don’t solely work with salespeople. We now work with everyone who touches the customer interactions, including marketing, inside sales engineers, customer success and sales support services. People.ai not only captures the activity of salespeople, but now gives teams a 360 degree view of everything that is happening with a customer across an entire team,” explains Rogynskyy.

As data cleans up, a bigger question for managers unfolds. While companies shouldn’t fly blind with years of incomplete CRM records, automative software like this removes the human element from business. If managers have the insights to reward individuals purely based on data rather than immeasurable qualitative soft skills or personal style, a product like this could internally redefine an organizations’ best practices.

Investors view People.ai as a foundational company in the next generation of SaaS that could provide greater efficiency within existing workforces. There are ways for best practices to be culled from these communications and distributed across an organization, and Andreessen thinks People.ai has the head start. “Every organization in an enterprise is collecting data through email and manual entry right now, that we believe can unlock tremendous efficiency and optimization not only in sales but across HR, services, marketing and finance using the exact same algorithms that People.ai is applying to sales,” says Levine.