After months of talk, HTC’s blockchain phone is finally arriving — albeit in limited quantities. The hardware maker announced today at a crypto conference in Berlin that it’s opening up access to an early version the Exodus 1 handset to “cryptographers and developers from all over the world” through its official site.

Of course, “early version” implies that we’re not dealing with anything final here. Add to that the fact that the phone isn’t expected to actually ship until December, and the thing doesn’t really feel all that much more real than it did a few months back. Still, if you believe in the tech — or at least find yourself morbidly curious about it — you can pick one up using either Bitcoin or Ethereum, naturally.

Images of the phone are still renders, but the device appears to share a lot of design language in common with HTC’s most recent flagship, the U12 — down to the translucent glass backing. That’s a good thing, honestly. Too often these kinds of novelty devices are produced by companies too focused on a single underlying technology to get the rest of the phone right. Here, at least, you know you’ll be getting a solid, working handset as the foundation.

The phone itself runs Android. From the sound of it, much of the underlying tech is about keeping the phone secure, being used to store things like keys to cryptocurrencies and, moving forward, all of the phone’s data. There’s also an interesting built in function for accessing lost data in a decentralized way.

HTC has developed a unique Social Key Recovery mechanism in case your phone is lost or stolen, or you forget your keys. It is an easy and secure way to recover keys lost in the hardware. It also ensures that HTC does not hold your keys in a central location at any point – you maintain full custody at all times. HTC allows you to pick a few trustworthy contacts, and each one of those must download a key management app. Your seed then gets split using a secret sharing algorithm and is sent to the trusted contacts. Should the need arise, you can successfully regain access to your funds. 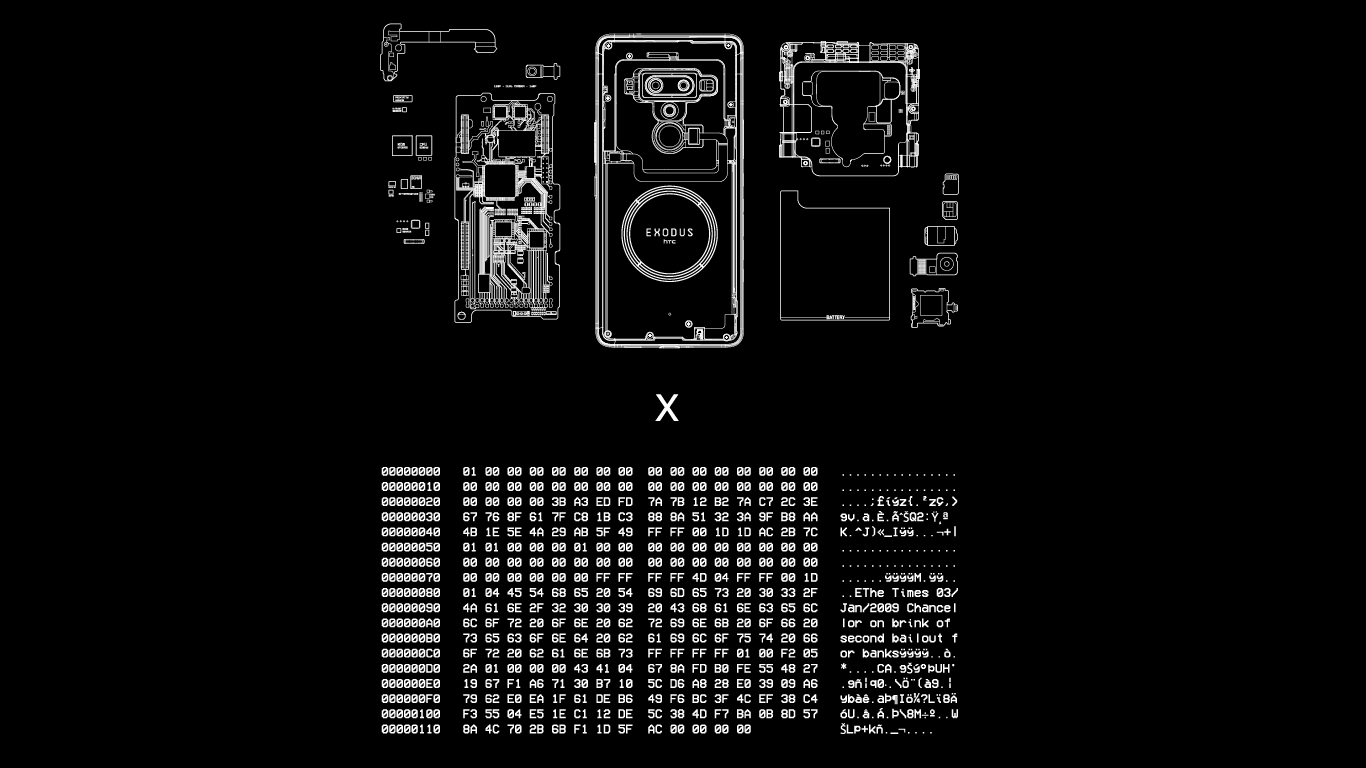 For now, HTC is using this program to pilot the tech here — taking feedback from a small core of users. Though it’s tough to imagine this becoming much more of a mainstream device for a company struggling to stand out in the smartphone space.