Emil, a new startup from the founders of Movinga, has launched what it claims is Germany’s first pay-per-mile car insurance that measures miles in real-time. Aimed at drivers who do less than 6,200 miles per year on average (or roughly 120 miles per week) — which we’re told accounts for 49 percent of German drivers — mileage is tracked via the Emil app and the supplied dongle that plugs into your car’s diagnostics port.

“With Emil we are building a 21st century mobility insurer,” co-founder Bastian Knutzen tells me. “We believe that insurance products that are offered today can be improved on different dimensions and want to change that by offering flexible and fair products tailored around customer needs. We have started with the German car insurance market where traditionally low mileage drivers have subsidised the higher accident risk of high-mileage drivers which has led to an unfair insurance premium distribution”.

Digging a little more into the technology and model behind Emil, Knutzen explained that the Emil stick is an IoT device with an integrated SIM card that plugs into a vehicle’s OBD-II diagnostics port, from where mileage data is sent to the startup’s servers.

“Customers only pay a low monthly base fee and cents per mile when they actually drive,” he says, meaning that low-mileage drivers can make significant savings on their insurance premiums.

In addition, the Emil mobile app gives your car other ‘smart’ features, such as tracking the vehicle’s location, an overview of all trips (“driver’s logbook”), and remote diagnostics.

The insurance policy itself was developed in cooperation with General Reinsurance AG (a Berkshire Hathaway Company) and the German insurer Gothaer Allgemeine Versicherung. 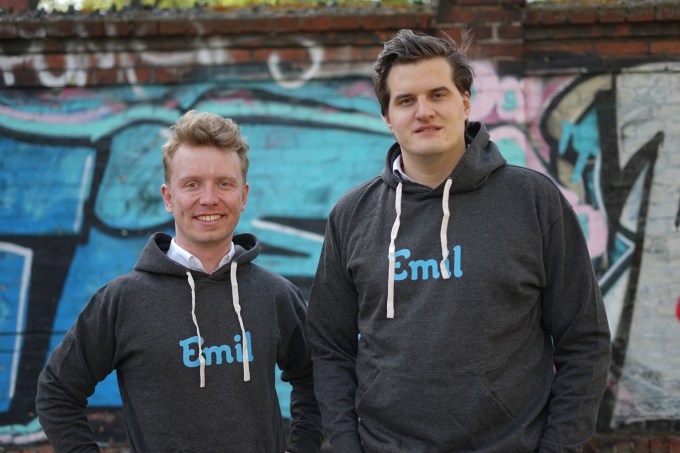 “In general, we target consumers who want an intuitive, convenient and transparent insurance,” adds Knutzen. “Our customers use their smartphones and other gadgets for payment, banking, shopping, etc., but can’t for insurance. We try to meet that type of expectation for insurance products as well.

More broadly, Emil is tapping into current trends such as growing environmental awareness, urbanisation and car-sharing. “We have decided to offer an insurance which rewards people for not using their cars as our first product. There is a significant price advantage for customers driving less than 6,200 miles annually, which covers around half of German car drivers,” Knutzen says.