The market for small satellites in low Earth orbit is expanding faster than the gas in a thruster nozzle, and Vector aims to be the go-to launch platform for companies looking to put a bird in the air on short notice. The company just raised a $70 million B round and aims to take its first payload into space early next year.

Smaller launch systems are already helping bring down the cost of going to orbit, but there’s still a huge amount of room to improve. Satellites and experiments are still waiting for years, or at least more than a few months, for their chance to get to LEO. Vector is hoping to be the company they come to when they want to launch on the scale of weeks.

Vector Space Systems aims to launch satellites by the hundreds

Of course, that kind of quick turnaround isn’t easy. You have to build hundreds of rockets to be prepared for demand, but that’s exactly Vector’s plan. Naturally this requires a considerable amount of capital.

After doing a lot of groundwork with Defense Dept. and NASA grants, the company raised a $1 million seed round back in 2016, and expanded with a $21 million round the next year led by Sequoia. The numbers keep on growing with today’s $70 million round, led this time by Kodem Growth Partners.

“Vector is entering an extremely important phase of our journey, transitioning from a focus on research and development to flight operations and profitability. This Series B financing is a critical element in Vector’s mission to improve access to space and become a dominant launch provider to the small satellite industry,” said CEO and co-founder Jim Cantrell in a press release. 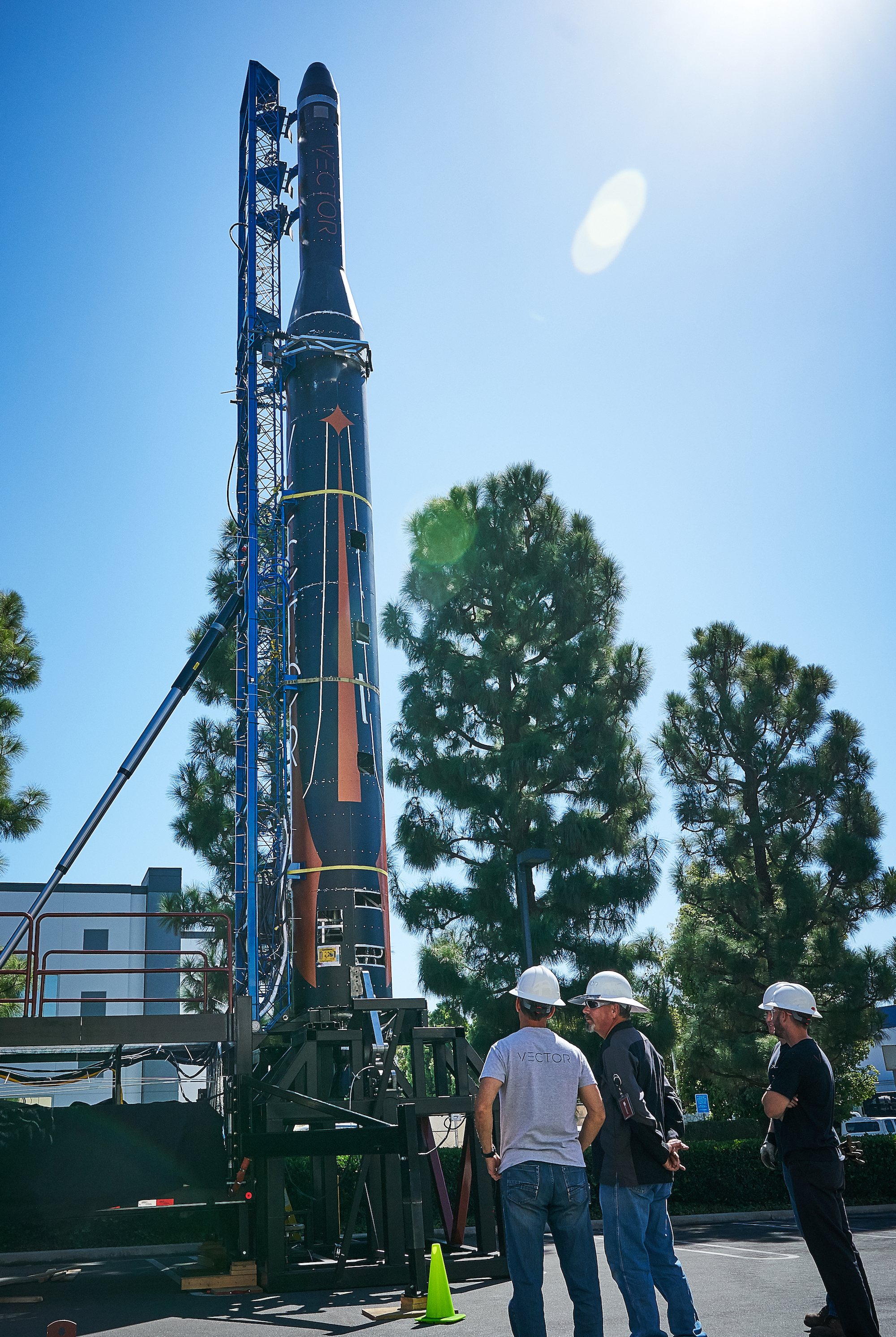 The company has already done sub-orbital proving flights of its launch system, and the first orbital launch is scheduled for December. They’ll be taking off from the Pacific Spaceport Complex in Alaska — date TBD. Once orbital launch capability is established, Vector will be getting a lot of calls, so some of the money will go toward sales and marketing personnel, which should roughly double its presence in Silicon Valley.

But the bulk of the new funds will be dedicated to the establishment of a new rocket manufacturing facility in Tucson. You don’t build hundreds of launch vehicles with some second-hand factory.

The company’s original roadmap had orbital launch late last year, but in this business it’s better to be a little late and get things right. That said, the vision for the rocket itself hasn’t been adjusted substantially.

“The original design of the Vector-R launch vehicle has largely remained the same since the founding of Vector and the acquisition of Garvey Spacecraft Corporation in 2016 (where the initial design was developed over a 15-year process),” explained co-founder and chief sales and marketing officer Shaun Coleman.

Demand has been sustained for the 50-60kg payload capacities the company is looking to offer, Coleman noted; a heavy configuration that can lift up to 290kg is also underway. (For comparison, a SpaceX Falcon 9 can lift around 25,000kg of payload. These are very small rockets, and that’s by design.)

We’ll know more about Vector’s first orbital launch as we approach it. In addition to Kodem, Morgan Stanley Alternative Investment Partners, Sequoia, Lightspeed and Shasta Ventures all contributed to the round.