Uber and Lyft are often times the ones to blame for the rise in traffic and congestion in cities. In San Francisco, the two ride-hailing services are undoubtedly partially to blame, but not entirely to blame, according to a new study from the San Francisco County Transportation Authority. The gist is that while ride-hailing companies have contributed to the increase in traffic congestion in San Francisco, jobs and population growth also play a major role.

Between 2010 and 2016, according to the SFCTA, ride-hailing services accounted for: 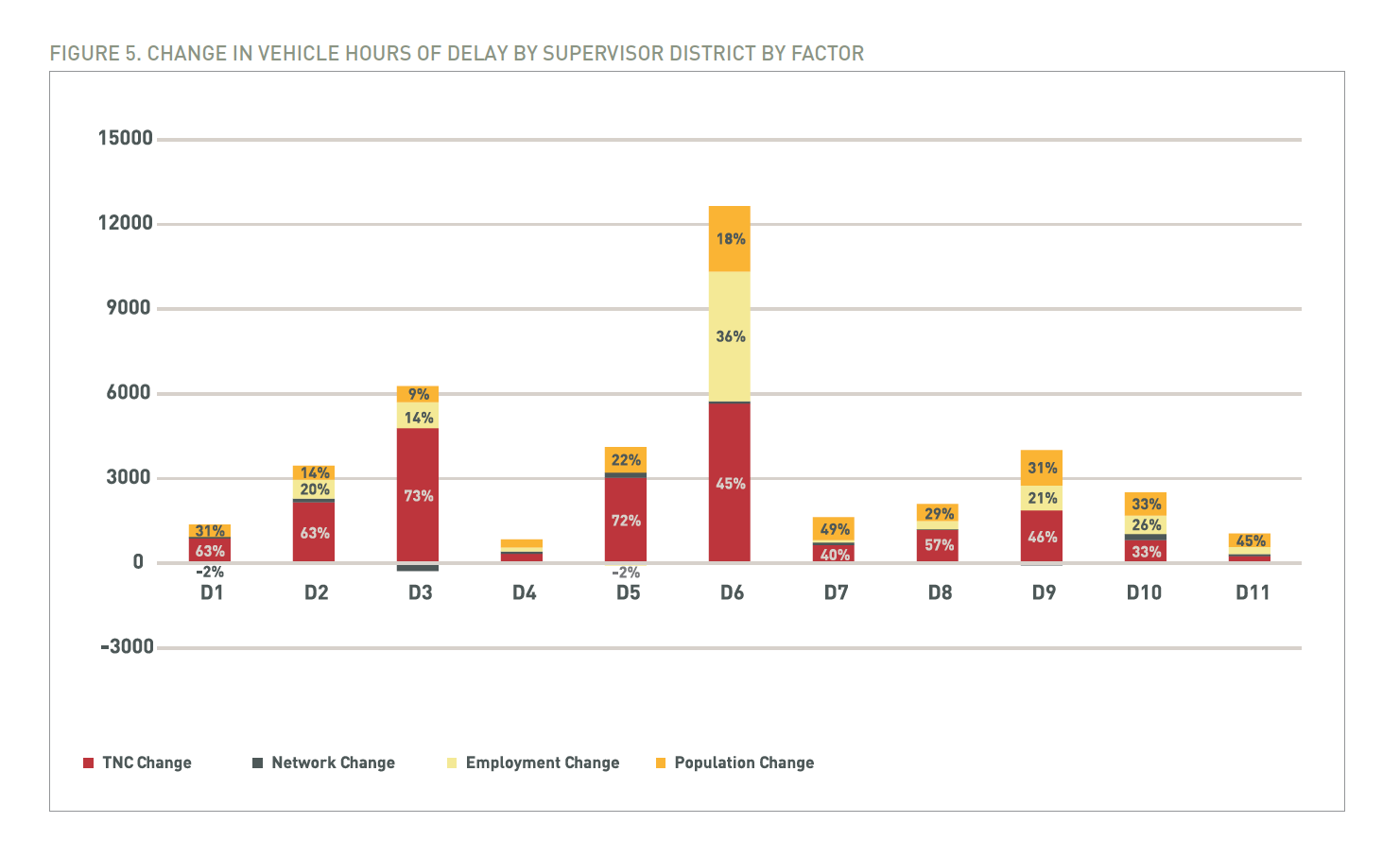 “One thing that has really been sorely absent is that we have remained largely in the realm of the hypothesis” in terms of why there’s been such an increase in traffic in the city, said Joe Castiglione, the study’s co-author and SFCTA Deputy Director for Technology, Data and Analysis. “We’re seeking to ground this in a real data-driven and rigorous analytic approach to answering this question.”

The SFCTA utilized data from INRIX, a commercial dataset that combines numerous real-time GPS monitoring sources with data from highway performance monitoring systems. It also tapped Northeastern University for its transportation network services trip data set. There are, however, some limitations to this data, Castiglione pointed out. There’s no data set available on delivery services — think FedEx, UPS, and even Postmates, Caviar and UberEats.

Now that there’s all this data-driven information, it begs the question of what the city will do with it. The SFCTA is not a policy-making agency, but its bosses (the San Francisco Board of Supervisors) are.

“We’re silent on policy prescriptions,” Castiglione said. “We’re trying to peel the onion a bit more but we’re not going to lay on policy recommendations. We’re trying to give people some insight into what happens. Ultimately, our board, they’re the policymakers.”

This report comes at a time when the city is actively grappling with how to manage and regulate emerging modes of transportation, like bike-share and scooter-share.

“To the extent we believe all of these things will shape our future, then we want to wrestle with them,” Castiglione said. “We’re working with the SFMTA to determine how to look at all these on-demand delivery services.”