Twitter today inserts activity-based tweets into your timeline, alerting you to things like the popular tweets liked by people you follow, or those Twitter accounts that a lot of people in your network have just started to follow. These alerts can be useful, but their timing is sporadic and they can be easily missed. Plus, if you turn off Twitter’s algorithmic timeline (as may be possible for some), you’ll lose access to this sort of info. A new Twitter app called Macaw aims to help.

Macaw, which recently launched on Product Hunt, offers a set of similar information as Twitter does, with a few changes.

Macaw works by first pulling in a list of people you follow. It then tracks what tweets they like throughout the day and turns that into a feed of tweets that were most popular. Macaw does the same thing for users, too – that is, it shows you if a number of people have suddenly started following someone, for example. 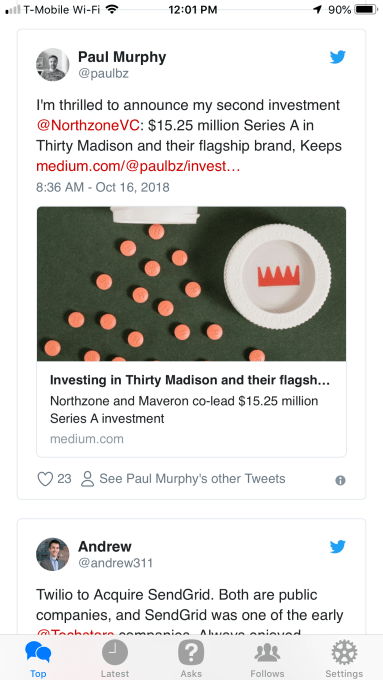 Beyond this, Macaw will also show you the “Latest” tweets receiving likes from your network in a separate tab, as well as tweets where someone has asked a question.

This “Asks” section will highlight tweets where someone on Twitter has asked something like “Does anyone know…?” or “what are the best…?”, for example. This can help you find new conversations to participate in and help you expand your network. 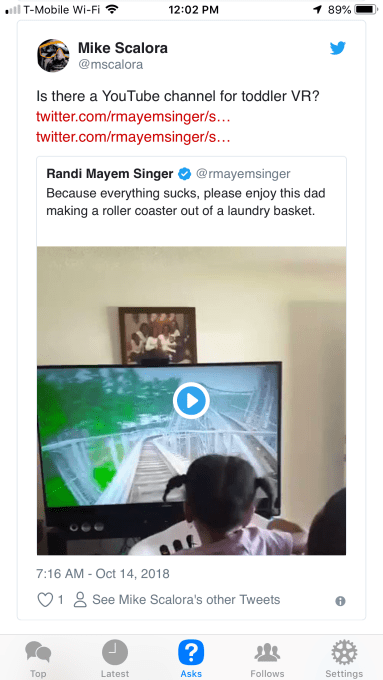 The end result is a curated version of Twitter, where you can catch up with what’s important, without so much endless scrolling through your timeline.

Even if you’re on Twitter itself a lot, Macaw can still be useful.

Its default setting will hide top tweets posted by someone in your network – because, chances are, you’ve already read them. With this setting turned on, you’ll only be shown top tweets by users you don’t yet follow. 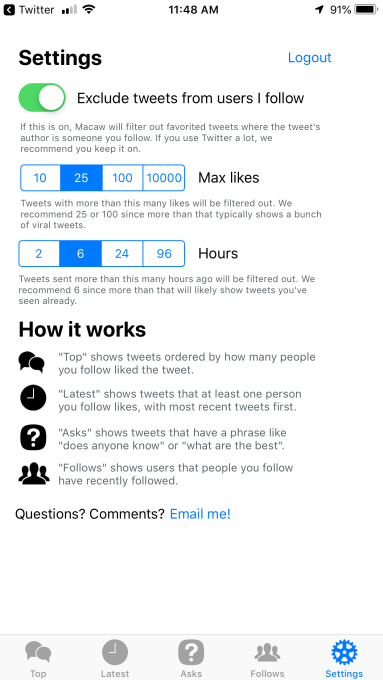 The app was built by Zachary Hamed, who had previously built Daily 140 for tracking a similar set of data, shared via email. He says he started building Macaw as a side project and launched it into private beta in August. It doesn’t currently have a business model, beyond a plan to maybe charge for additional features later on.

In some ways, Macaw is similar to Nuzzel, another Twitter summarization app that provides a list of top links that your network is sharing and discussing. But many of the best things on Twitter aren’t links, they’re individual tweets or tweetstorms. (Like that recent Google+ rant, for example).

Hamed admits Nuzzel was a source of inspiration for Macaw (a bird that screams constantly, by the way. Ha!)

“I was actually inspired by those notifications in the main Twitter app since I’ve always found them fascinating and by Nuzzel, which is one of my most used apps – and whose founder Jonathan I really respect,” Hamed says. “I think there is a lot of hidden insight to be found in posts people have liked and who they start following, especially if there is momentum around certain names or topics. As of now, Twitter only shares one to two of those recommendations, not all of it,” he adds.

*While we do like Macaw, the app, one thing we’re not a fan of are the fake reviews on the Macaw website, which pretend to be from @Jack, Mary Meeker, and Chamath Palihapitiya. It’s obviously meant to be a joke, but it falls flat – Macaw doesn’t need this sort of false promotion, and it’s wrong because it could confuse less savvy users.

Macaw is a free download on the App Store.