Truphone — a UK startup that provides global mobile voice and data services by way of an eSIM model for phones, tablets and IoT devices — said that it has raised another £18 million ($23.7 million) in funding; plus it said it has secured £36 million ($47 million) more “on a conditional basis” to expand its business after signing “a number of high-value deals.”

It doesn’t specify which deals these are, but Truphone was an early partner of Apple’s to provide eSIM-based connectivity to the iPad — that is, a way to access a mobile carrier without having to swap in a physical SIM card, which has up to now been the standard for GMSA-based networks. Truphone is expanding on this by offering a service for new iPhone XS and XR models, taking advantage of the dual SIM capability in these devicews. Truphone says that strategic partners of the company include Apple (“which chose Truphone as the only carrier to offer global data, voice and text plans on the iPad and iPhone digital eSIM”); Synopsys, which has integrated Truphone’s eSIM technology into its chipset designs; and Workz Group, a SIM manufacturer, which has a license from Truphone for its GSMA-accredited remote SIM provisioning platform and SIM operating system.

The company said that this funding, which was made by way of a rights issue, values Truphone at £386 million ($507 million at today’s rates) post-money. Truphone told TechCrunch that the funding came from Vollin Holdings and Minden Worldwide — two investment firms with ties to Roman Abramovich, the Russian oligarch who also owns the Chelsea football club, among other things — along with unspecified minority shareholders. Collectively, Abramovich-connected entities control more than 80 percent of the company.

We have asked the company for more detail on what the conditions are for the additional £36 million in funding to be released and all it is willing to say is that “it’s KPI-driven and related to the speed of growth in the business.” It’s unclear what the state of the business is at the moment because Truphone has not updated its accounts at Companies House (they are overdue). We have asked about that, too.

For some context, Truphone most recently raised money almost exactly a year ago, when it picked up £255 million also by way of a rights issue, and also from the same two big investors. The large amount that time was partly being raised to retire debt. That deal was done at a valuation of £370 million ($491 million at the time of the deal). Going just on sterling values, this is a slight down-round.

Truphone, however, says that business is strong right now:

“The appetite for our technology has been enormous and we are thrilled that our investors have given us the opportunity to accelerate and scale these groundbreaking products to market,” said Ralph Steffens, CEO, Truphone, in a statement. “We recognised early on that the more integrated the supply chain, the smoother the customer experience. That recognition paid off—not just for our customers, but for our business. Because we have this capability, we can move at a speed and proficiency that has never before seen in our industry. This investment is particularly important because it is testament not just to our investors’ confidence in our ambitions, but pride in our accomplishments and enthusiasm to see more of what we can do.”

Truphone is one of a handful of providers that is working with Apple to provide plans for the digital eSIM by way of the MyTruphone app. Essentially this will give users an option for international data plans while travelling — Truphone’s network covers 80 countries — without having to swap out the SIMs for their home netw 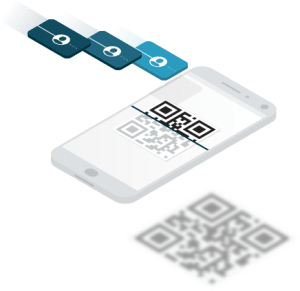 The eSIM technology is bigger than the iPhone itself, of course: some believe it could be the future of how we connect on mobile networks. On phones and tablets, it does away with users ordering, and inserting or swapping small, fiddly chips into their devices (that ironically is also one reason that carriers have been resistant to eSIMs traditionally: it makes it much easier for their customers to churn away). And in IoT networks where you might have thousands of connected, unmanned devices, this becomes one way of scaling those networks.

“eSIM technology is the next big thing in telecommunications and the impact will be felt by everyone involved, from consumers to chipset manufacturers and all those in-between,” said Steve Alder, chief business development officer at Truphone. “We’re one of only a handful of network operators that work with the iPhone digital eSIM. Choosing Truphone means that your new iPhone works across the world—just as it was intended.” Of note, Alder was the person who brokered the first iPhone carrier deal in the UK, when he was with O2.

However, one thing to consider when sizing up the eSIM market is that rollout has been slow so far: there are around 10 countries where there are carriers that support eSIM for handsets. Combining that with machine-to-machine deployments, the market is projected to be worth $254 million this year. However, forecasts put that the market size at $978 million by 2023, possibly pushed along by hardware companies like Apple making it an increasingly central part of the proposition, initially as a complement to a “home carrier.”

Truphone has not released numbers detailing how many devices are using its eSIM services at the moment — either among enterprises or consumers — but it has said that customers include more than 3,500 multinational enterprises in 196 countries. We have asked for more detail and will update this post as we learn more.