Over the course of the last year, Google has launched a number of services that bring to other companies the same BeyondCorp model for managing access to a company’s apps and data without a VPN that it uses internally. Google’s flagship product for this is Cloud Identity, which is essentially Google’s BeyondCorp, but packaged for other businesses.

Today, at its Cloud Next event in London, it’s expanding this portfolio of Cloud Identity services with three new products and features that enable developers to adopt this way of thinking about identity and access for their own apps and that make it easier for enterprises to adopt Cloud Identity and make it work with their existing solutions.

The highlight of today’s announcements, though, is Cloud Identity for Customers and Partners, which is now in beta. While Cloud Identity is very much meant for employees at a larger company, this new product allows developers to build into their own applications the same kind of identity and access management services.

“Cloud Identity is how we protect our employees and you protect your workforce,” Karthik Lakshminarayanan, Google’s product management director for Cloud Identity, said in a press briefing ahead of the announcement. “But what we’re increasingly finding is that developers are building applications and are also having to deal with identity and access management. So if you’re building an application, you might be thinking about accepting usernames and passwords, or you might be thinking about accepting social media as an authentication mechanism.”

This new service allows developers to build in multiple ways of authenticating the user, including through email and password, Twitter, Facebook, their phones, SAML, OIDC and others. Google then handles all of that authentication work. Google will offer both client-side (web, iOS and Android) and server-side SDKs (with support for Node.ja, Java, Python and other languages).

“As much as Google loves the cloud, a mantra that Google has is ‘let’s meet customers where they are.’ We know that customers are embracing the cloud, but we also know that they have a massive, massive footprint of traditional applications,” Lakshminarayanan explained. He noted that most enterprises today run two solutions: one that provides access to their on-premise applications and another that provides the same services for their cloud applications. Cloud Identity now natively supports access to many of these legacy applications, including Aruba Networks (HPE), Itopia, JAMF, Jenkins (Cloudbees), OpenVPN, Papercut, pfSense (Netgate), Puppet, Sophos and Splunk. Indeed, as Google notes, virtually any application that supports LDAP over SSL can work with this new service. 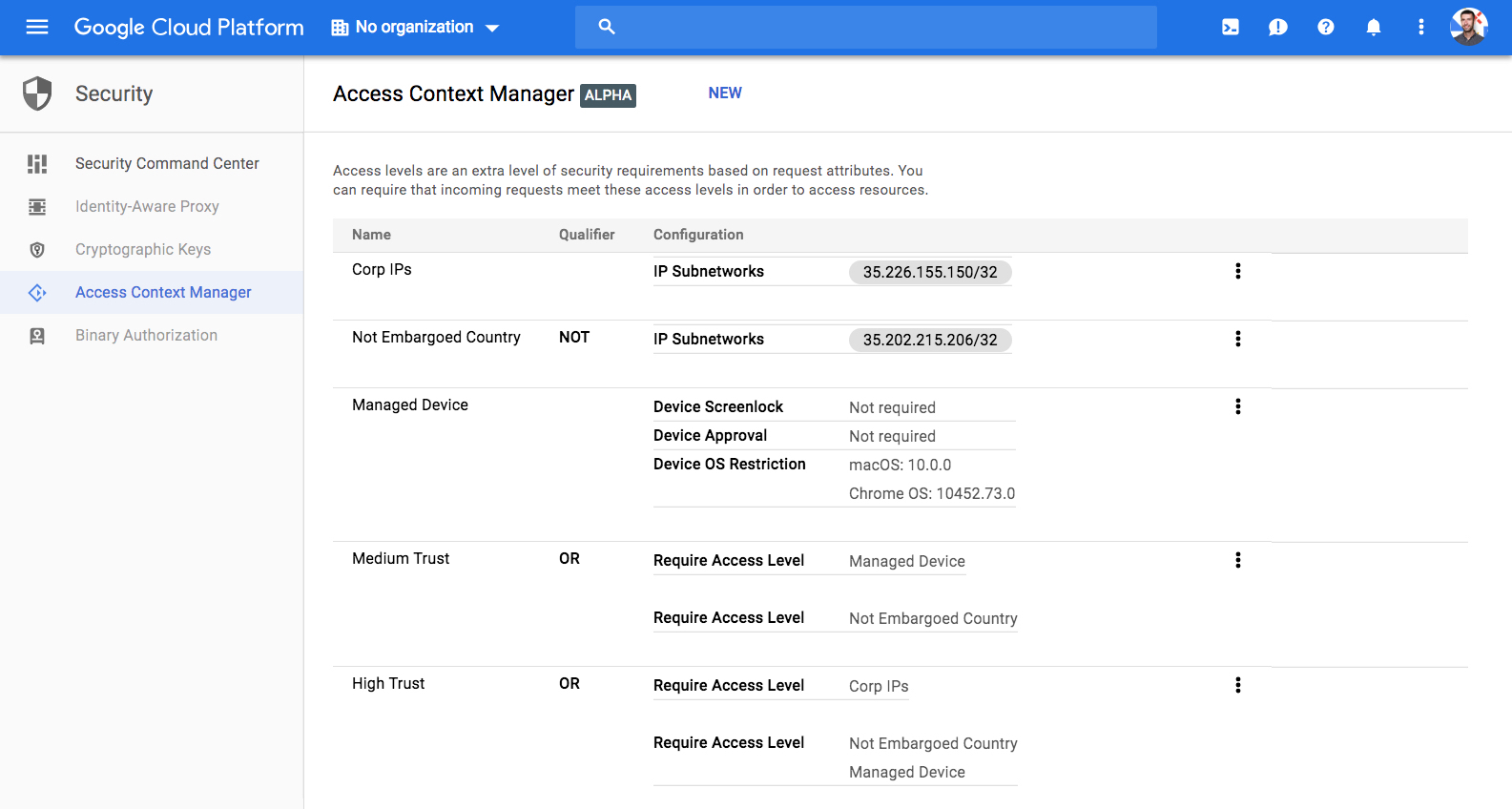 Finally, the third new feature Google is launching today is context-aware access for those enterprises that already use its Cloud Identity-Aware Proxy (yes, those names are all a mouthful). The idea here is to help enterprises provide access to cloud resources based on the identity of the user and the context of the request — all without using a VPN. That’s pretty much the promise of BeyondCorp in a nutshell, and this implementation, which is now in beta, allows businesses to manage access based on the user’s identity and a device’s location and its security status, for example. Using this new service, IT managers could restrict access to one of their apps to users in a specific country, for example.