It’s a busy week for news from Google Cloud, which is hosting its Next event in London. Today, the company used the event to launch a number of new networking features. The marquee launch today is Cloud NAT, a new service that makes it easier for developers to build cloud-based services that don’t have public IP addresses and can only be accessed from applications within a company’s virtual private cloud.

As Google notes, building this kind of setup was already possible, but it wasn’t easy. Obviously, this is a pretty common use case, though, so with Cloud NAT, Google now offers a fully managed service that handles all the network address translation (hence the NAT) and provides access to these private instances behind the Cloud NAT gateway. 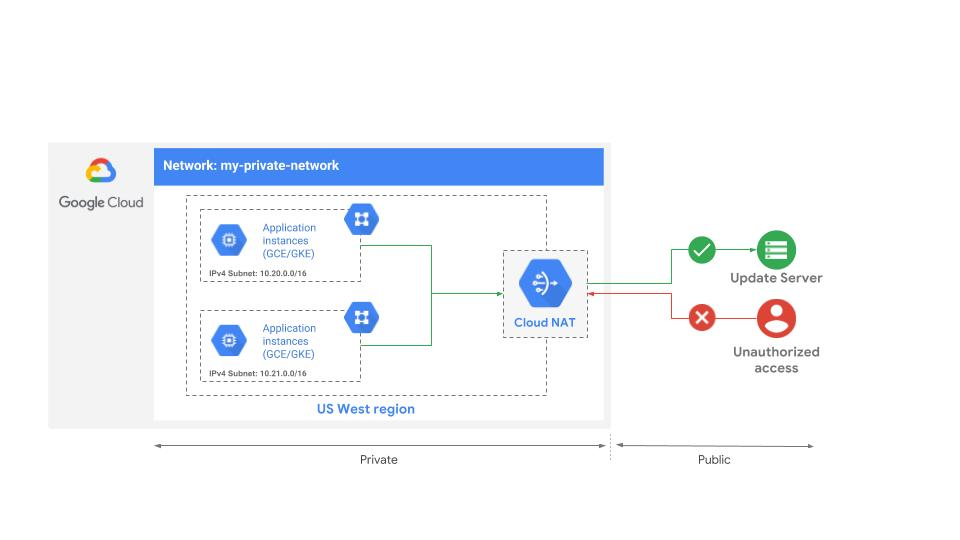 Cloud NAT supports Google Compute Engine virtual machines as well as Google Kubernetes Engine containers, and offers both a manual mode where developers can specify their IPs and an automatic mode where IPs are automatically allocated.

Also new in today’s release is Firewall Rules Logging, which is now in beta. Using this feature, admins can audit, verify and analyze the effects of their firewall rules. That means when there are repeated connection attempts that the firewall blocked, you can now analyze those and see whether somebody was up to no good or whether somebody misconfigured the firewall. Because the data is only delayed by about five seconds, the service provides near real-time access to this data — and you can obviously tie this in with other services like Stackdriver Logging, Cloud Pub/Sub and BigQuery to create alerts and further analyze the data.