Razer is quick to refute any suggestions that its second phone is little more than an iterative update. Sure, the thing looks remarkably identical to its predecessor from the front, but the innards are certainly souped up — and there’s a snazzy new back to match.

As the company puts in the Razer Phone 2 press materials, “we wanted to keep the core Razer industrial design intact with a CNC aluminum frame flanked by powerful dual front-firing stereo speakers.”

Fair enough. The first Razer Phone wasn’t the prettiest handset on the market, but that was never the point. The gaming peripheral company entered the mobile market with one very clear motive in mind: helping usher in a new age of serious smartphone gaming. It follows, then, that the Razer Phone 2 sports some beefy specs to match. 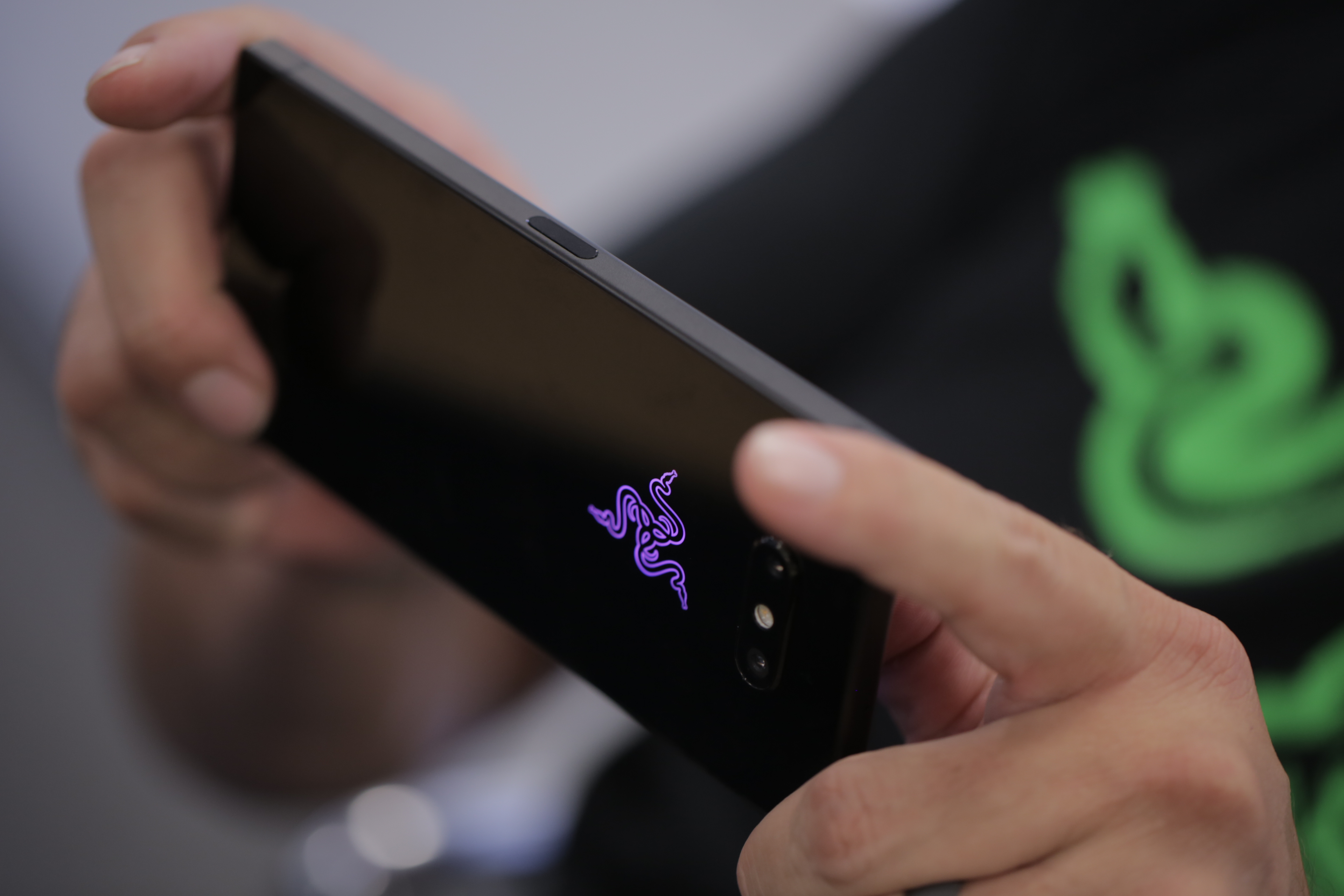 Razer’s not quite at the point in its mobile story where custom silicon makes sense, so the company’s relying on the the latest Snapdragon (845), instead. What is custom, however, is the vapor-chamber cooling system inside, which dissipates surface heat for intense game play. In all, the company says it’s able to eke out a 30 percent bump in performance over gen one.

The battery is the same size, at a still impressive 4,000mAh — though this time coupled with Qi for fast wireless charging. It’s a beefy battery in a beefy phone. It’s not the slickest design out there, compared to flagships by Apple and Samsung, but it’s built like a damn tank. It’s also IP67 rated water-resistant and dust proof.

As mentioned above, the front-facing speakers are still intact from the first generation, and they can get plenty loud, as evidenced by the demo Razer gave us ahead of today’s event. Those are tuned with Dolby Atmos.

At 5.7 inches, the screen is the same size as the first generation. I’m a bit surprised the company didn’t go a bit larger this generation — gaming is one of the stronger arguments for large screens on mobile devices. That said, Razer’s increased the brightness by half and improved color accuracy. 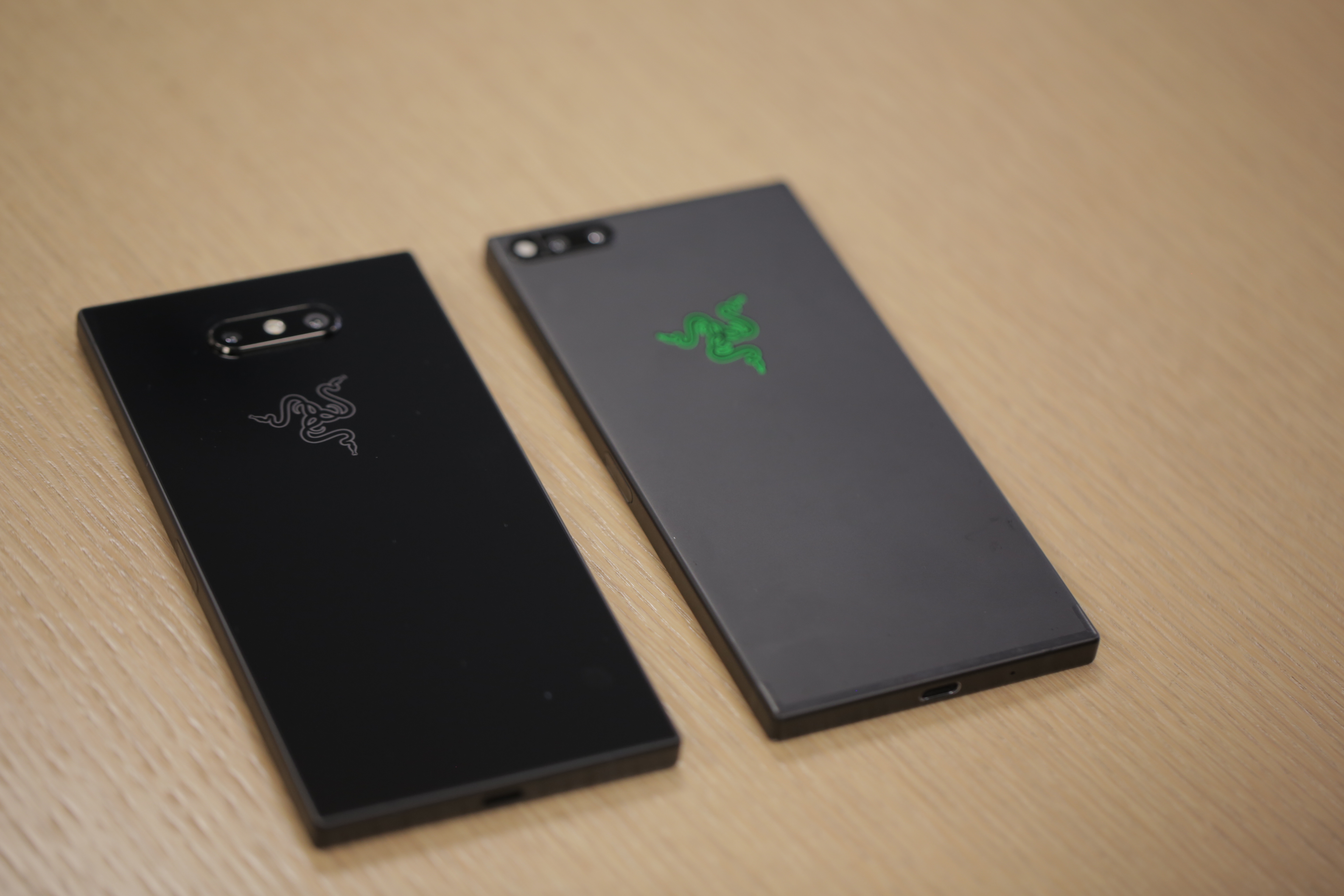 While, as expected, the front looks pretty much exactly like the first gen’s, the back’s been souped up a bit. The familiar tri-headed snake logo lights up now, with 16.8 million color options. There are different settings for the light, including the ability to have it light up with notifications based on different apps — so, light blue for Twitter, red for Gmail. You get the picture.

Of course, having a light-up logo on the back would be silly, so the company’s created a case with a cutout, specifically to showcase the new lighting rig.

Razer’s managed to maintain a decent price point here. At $799, it’s not cheap, but it’s a couple hundred bucks below the latest from Apple and Samsung. Preorders start tomorrow.