Nintendo has set a strange new precedent with the release of Legend of Zelda SP on the Switch: it’s essentially the original NES game but with Link starts loaded up with good gear and cash. In a way it’s no different from a cheat code, but the way it’s executed feels like a missed opportunity.

The game itself (SP stands for “special”) is described by Nintendo in the menu as a “souped up version” of the original: “Living the life of luxury!” It’s a separate entry in the menu with all the other NES games you get as part of the company’s subscription service.

You’re given the white sword, big shield, blue ring and power bracelet, plus 255 rupees to replace that shield when a Like-like eats it. Basically they’ve given you all the stuff you can find on the overworld (including max bombs and keys), but no items you’d get from inside a dungeon. You also have six hearts, and traveling around a little bit I determined these were awarded by raiding nearby hidden areas, not simply assigned. Secret passages are already revealed, and so on.

Because it skips the title screen and save game selection it seems like someone must have essentially played through the game to this point (or more likely edited the values in game RAM) and then walked to the classic starting point and made a save state that automatically loads when you start or reset the game. This means the only way to save is to use the Switch’s built-in save states, not the rather inconvenient save method the game used. 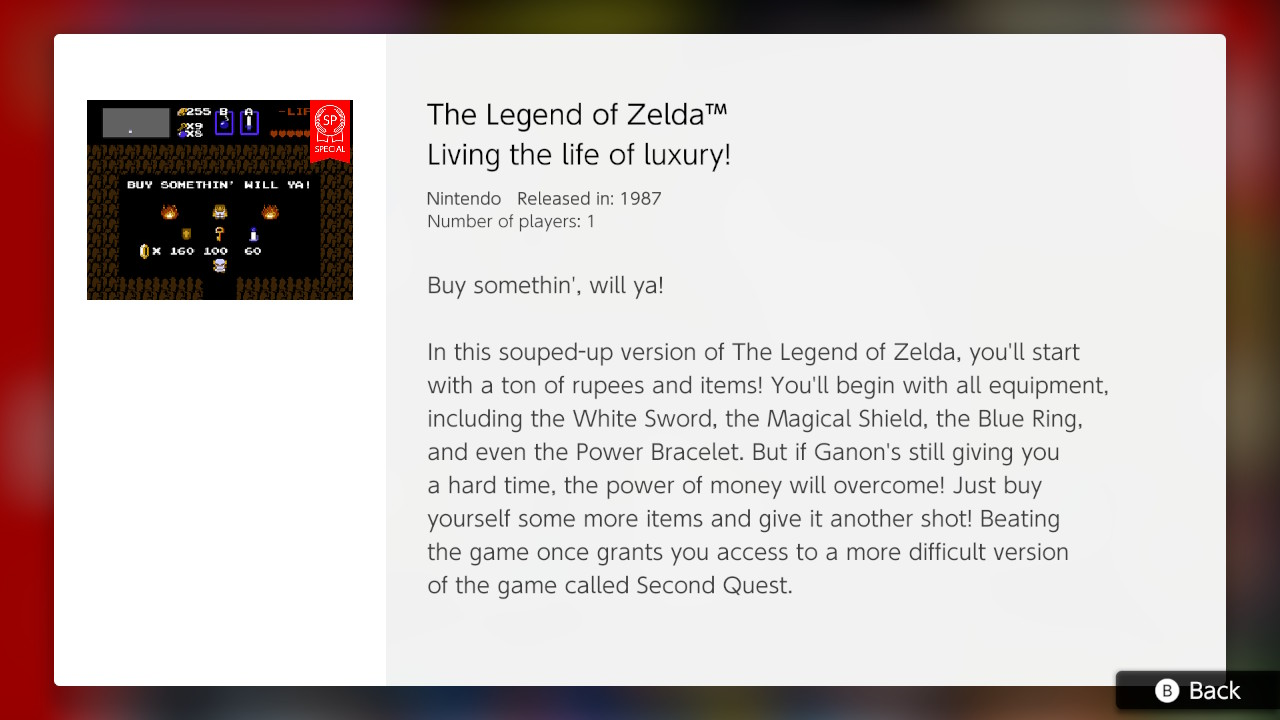 It’s plain enough that this will be a less frustrating way to explore this famously difficult game, but it seems untrue to Zelda’s roots. I understand perhaps gifting the player some of the impossible to find things like a heart hidden inside a random block here or there. Getting some bombs to start is great too, and maybe even the rings (warping is helpful, and the game is pretty punishing, so damage reduction is nice). But the white sword?

For one thing, a player experiencing the game this way misses out on one of the most iconic moments in all gaming — “It’s dangerous to go alone. Take this!” Then the ritual lifting of the wooden sword. And then setting out into the world to die again and again.

And for me, the white sword was always sort of a rite of passage in the game — your first big step toward becoming powerful. You earned it by finding those extra heart containers, perhaps after asking in vain after it before you were ready. Once you have it, you’re cutting through enemies like butter. 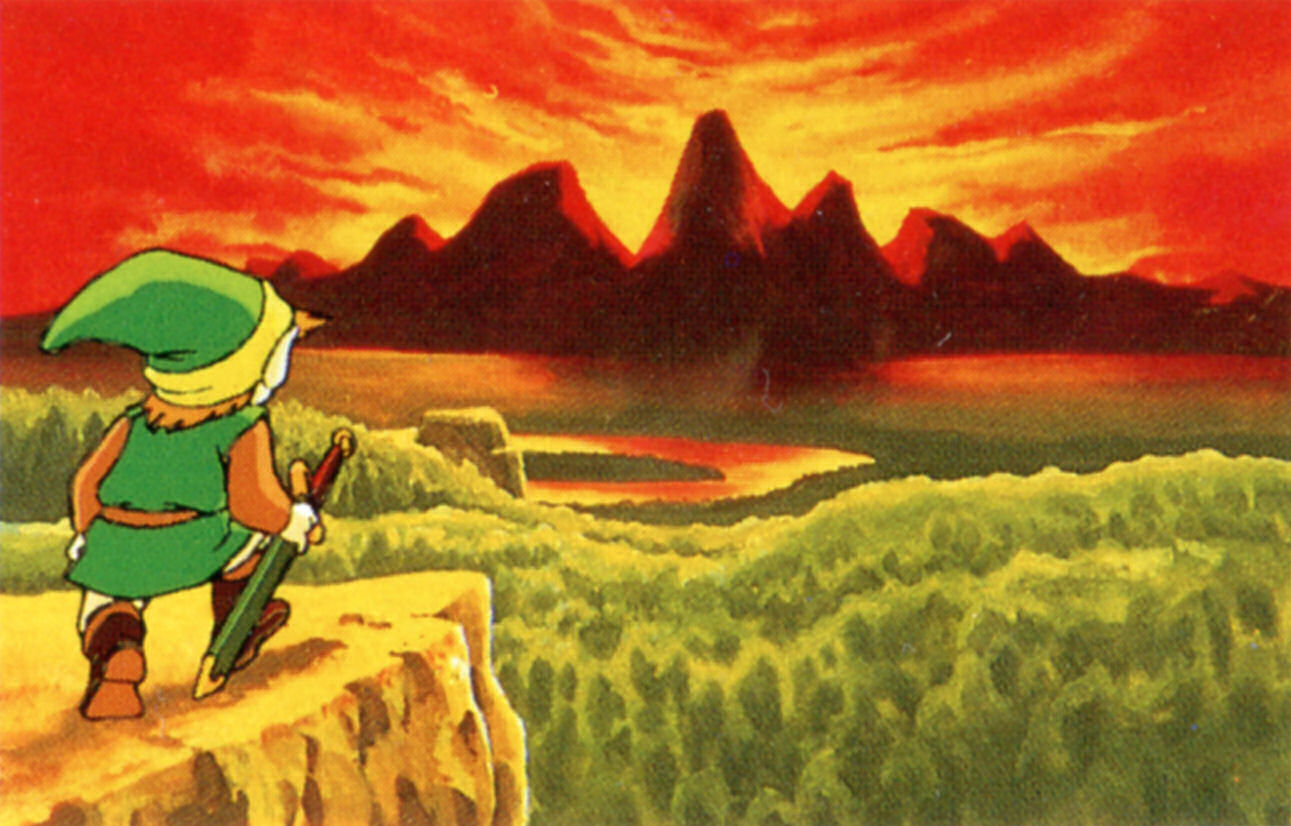 To make it the default sword and to skip these steps seems like it causes the player to miss out on what makes Zelda Zelda.

To be fair, it’s not the only version of the game you can play — the original is available, too. But it seems like a missed opportunity. Why not just have a save game you can load with this stuff, so you can continue playing as normal? Why not have the option baked into the launch of the original Zelda — have a couple secret save states ready with differing levels of items?

Nintendo has the opportunity to introduce a new generation to classic NES games here, having provided a rather bare-bones experience with the NES Classic Edition. Why not enhance them? Include the manual, god mode, developer commentary? This is the legacy the company has been stewarding for decades, and what better than to give it the respect it deserves?

I’m probably overthinking it. But this Zelda SP just seems like a rushed job when players would appreciate something like it, just not so heavy-handed. It’s not that these games are inviolable, but that if they’re going to be fiddled with, we’d like to see it done properly.