So many new unicorns valued at $1 billion-plus, countless $100 million venture financings, an explosion of giant funds — it’s no surprise 2018 is shaping up to be a banner year for venture capital investment in U.S.-based companies.

Last year, companies raised $82 billion across more than 9,000 deals in what was similarly an impressive year for the industry. Many questioned whether the trend would — or could — continue this year, and oh, boy has it. VC investment has sprinted past decade-highs and shows no signs of slowing down.

Why the uptick? Fewer companies are raising money, but round sizes are swelling. Unicorns, for example, were responsible for about 25 percent of the capital dispersed in 2018. Those companies, which include Slack, Stripe and Lyft, have raised $19.2 billion so far this year — a record amount — up from $17.4 billion in 2017. There were 39 deals for unicorn companies valuing $7.96 billion in the third quarter of 2018 alone. 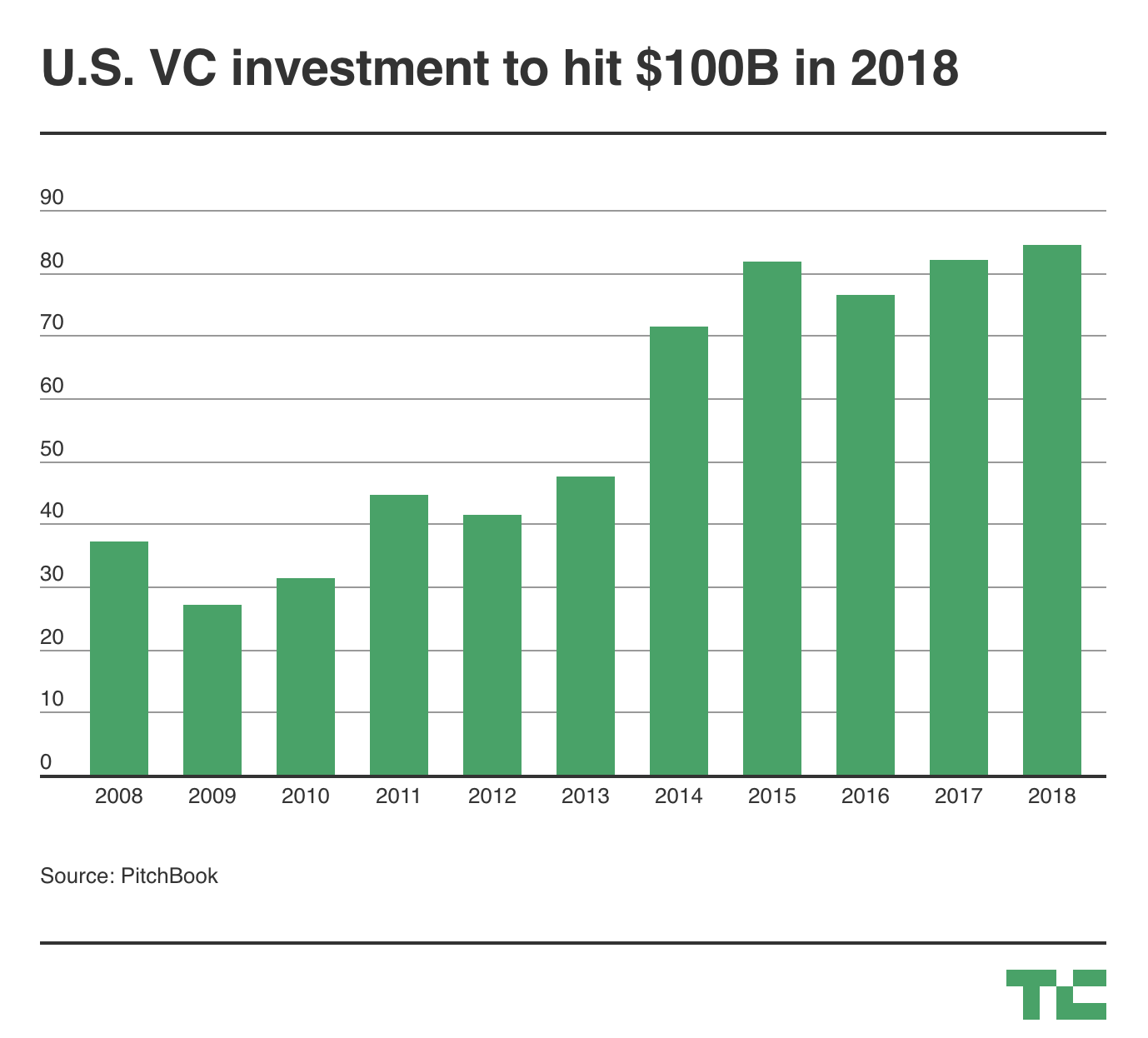 Some other interesting takeaways from PitchBook’s report on the U.S. venture ecosystem: