Google unveiled a new lineup of devices today, including the Pixel Slate, a tablet that the company described as the next evolution of Chrome OS — but could also be seen as the company’s answer to both Apple’s iPad and Microsoft’s Surface.

After the presentation, I had a chance to try the Pixel Slate for myself. There wasn’t time to test out everything (a packed room full of journalists isn’t the best place to try out the speakers, and there didn’t seem to be much new with the accompanying Google Pen), but it was enough to get a taste of the main selling points.

The first thing I noticed was the screen. Google is pitching this as a device that can be used for both work and entertainment, with a particular emphasis on content creators. The display seems to be up to the task — it’s 12.3 inches in size, with a resolution of 203ppi. The result is that everything from YouTube videos to email composition screens looked sharp and vivid.

There’s also an emphasis on thinness and lightness. The Pixel Slate has an official weight of 1.6 pounds, and it did feel easy to carry, and to adjust the angle to my liking using the case/stand. (The real test, of course, will be seeing how my arms and fingers felt after several hours of Netflix.) 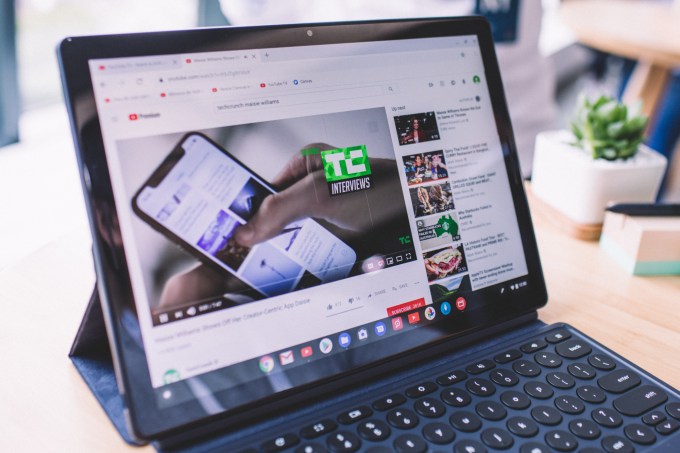 There’s also an optional keyboard. It includes nice touches like rounded keys, but I was most intrigued by the quietness touted by Google’s presenters. Loyal TechCrunch readers will know that I’m a notoriously loud typer, so I couldn’t resist trying to bash away at it.

Turns out it was as quiet as promised. To be honest, I would’ve appreciated a little more noise, but I’m sure everyone in my immediate vicinity felt otherwise. And even with the relative absence of sound, the experience was still satisfyingly tactile — I didn’t hear the keys, but I felt them clacking under my fingers.

The Slate also appeared to move seamlessly back-and-forth between desktop and tablet modes. As the name suggests, desktop mode looks like a more mouse- and keyboard-oriented interface (with capabilities like snapping two applications side-by-side as a splitscreen), while tablet mode is a more standard, touch-friendly interface, along with an on-screen keyboard.

The Slate automatically snaps back-and-forth between the modes — in my demo, you just had to pull it away from the aforementioned keyboard to trigger the switch, though apparently it’s the presence of a trackpad or mouse that really makes the difference.

Other features include front- and rear-facing cameras, Google Assistant and a fingerprint reader. Pricing starts at $599, with an additional $199 for the keyboard and $99 for the Pen. 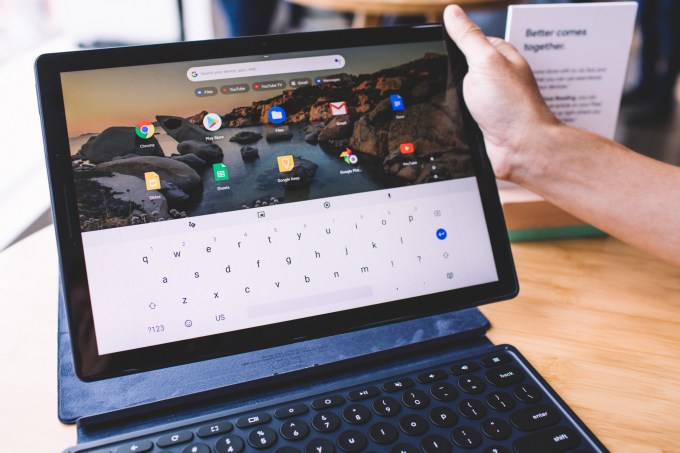