While the rumors and leaks didn’t leave much to the imagination ahead of today’s event, I will admit to being a bit surprised by the shape Google’s Home Hub actually took. The renders didn’t do justice to the actual product.

For starters, the seven inch screen splits the difference between the Echo Show and Spot in an interesting way. It’s not a compact device, per say, but it’s a lot smaller than I’d initially expected, and as such, it should fit in a lot more spots at home than the larger Show.

From a design standpoint, the product is best described as a seven-inch tablet resting atop a speaker at ~ a 25 to 30 degree angle. The idea is to give you a screen you can view from the other side of the room. After all, this is a voice first product. While it does have touch functionality enabled, that’s primarily secondary. As such there are certain things you can’t do here like, say, pinch to zoom.

That’s largely a moot point here, given the fact that the product doesn’t have, say, a standard web browser, unlike the new Show. Of course, part of the reason Amazon offers a browser on its own devices is so you can access YouTube. That’s obviously not a problem on a product that very much has native YouTube support. 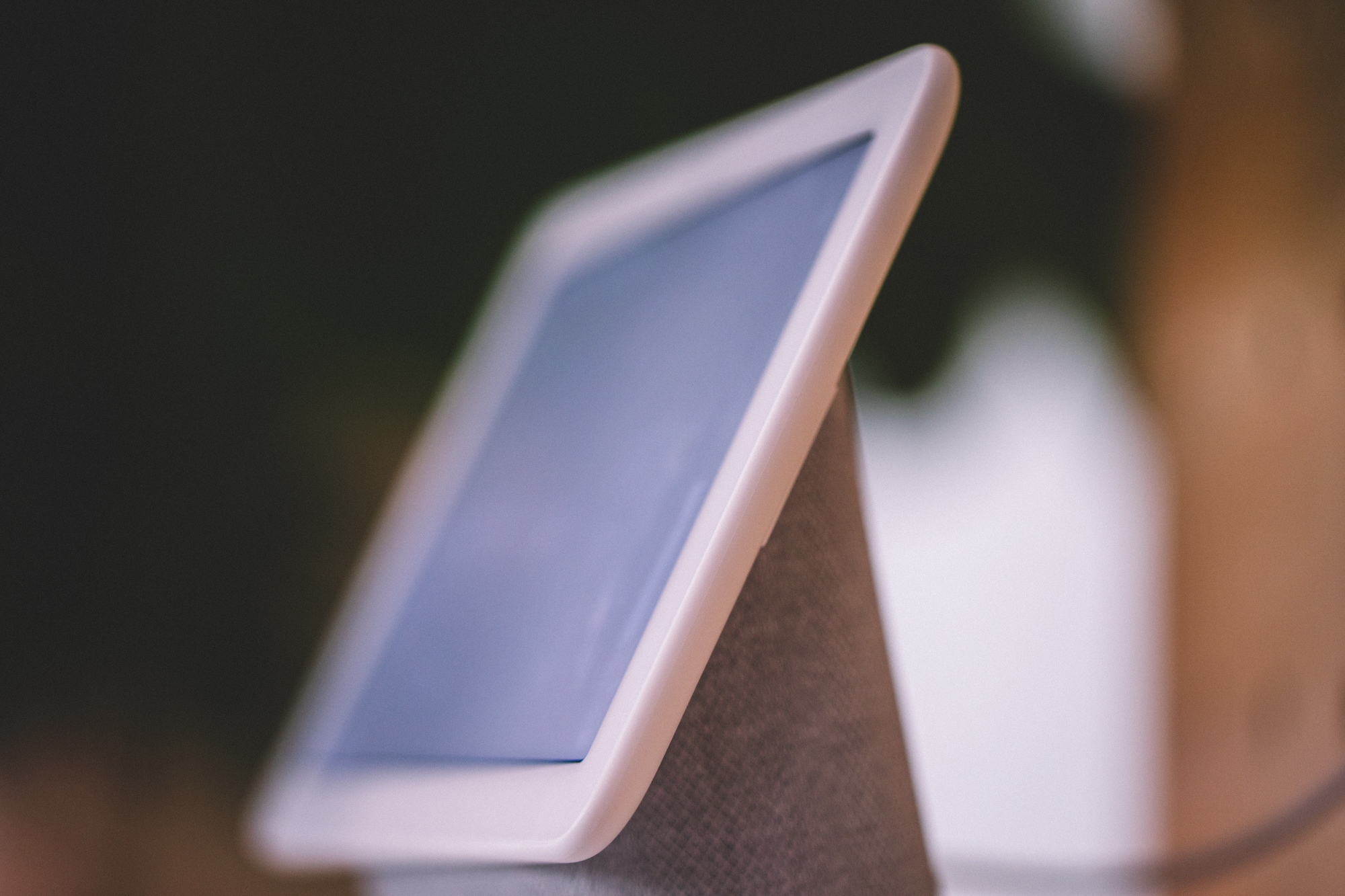 The other thing the peculiar design affords the product is multi-directional sound. Like the Show, the bulk of the fabric-covered speaker faces back, toward the wall. There is, however, an exposed sliver on the bottom, which sends some of that sound toward you.

The sound is decent for a product of this size, but again, I wouldn’t rely on it as any sort of home entertainment system. If you’ve got multiple Home devices at home, however, you can tell Assistant, “extend to my Home Mini,” etc, and the music will follow you into the other room.

Google also notes that this isn’t really an entertainment consuming machine. The Home Hub isn’t designed for watching movies or even TV shows. Rather, if anything, it’s kind of a YouTube delivery device, in much the same way that the Portal is a real world manifestation of Facebook’s video chat. Of course, right out of the gate, this product is going to offer a much fuller experience than Portal — Facebook, after all, is still kind of testing the water to see what users want our of their devices. 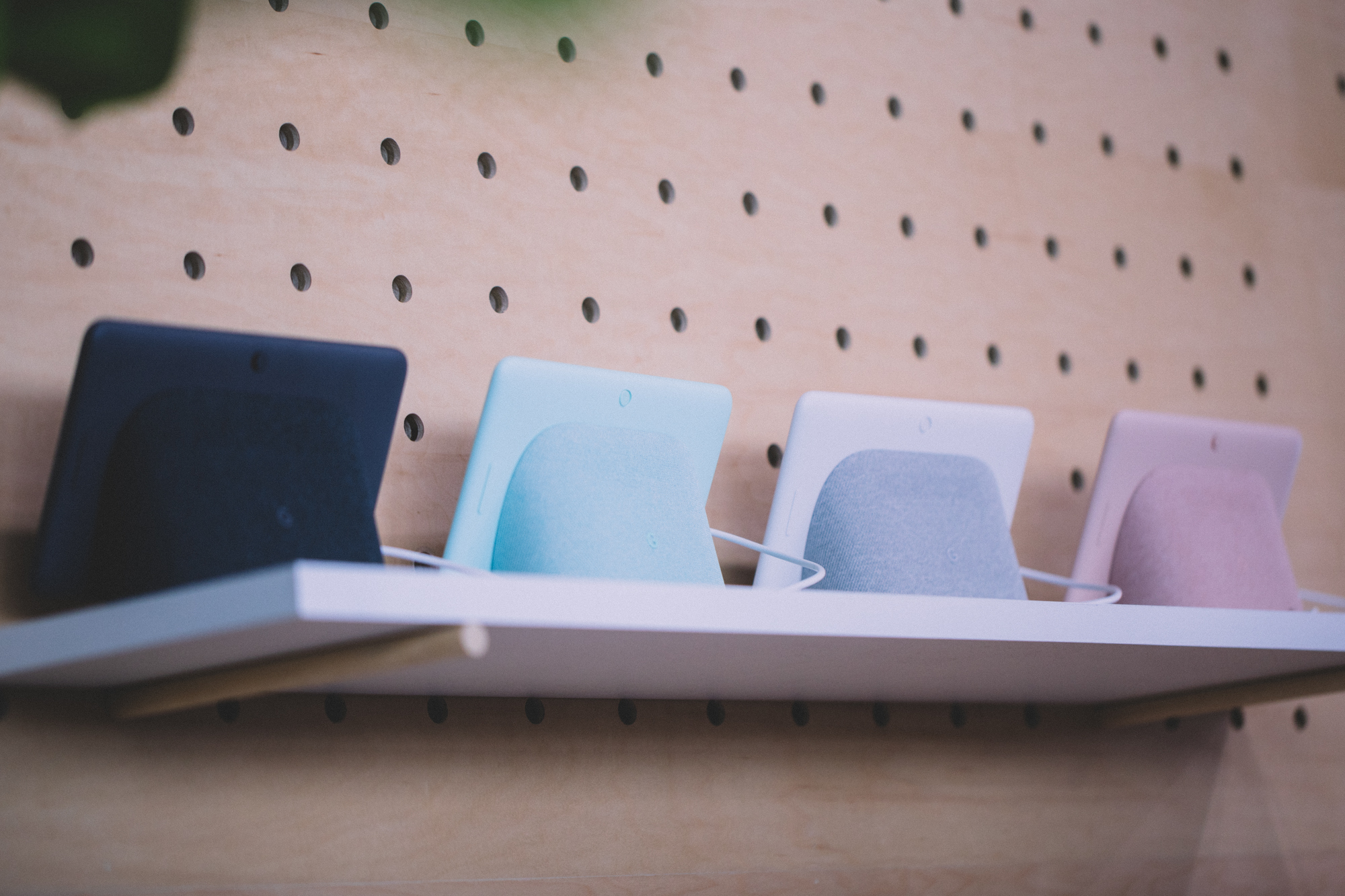 That said, Google tells me that the company is still assessing whether users are interested in smart home hub functionality via something like Z Wave. It’s a bit of a glaring omission here, based on both the added focus on connected home features and the fact that the damn thing has hub in its name. That said, Google seems to prefer building that kind of syncing in via bluetooth, much like it did with those newly announced GE lights.

The Hub does fall under Google’s “Smart Display” category, meaning it’s a direct competitor with products from Lenovo, JBL and LG. The company tells me that there was a gap in announcements simply because it took the company longer to build the product from the ground up. The Hub wasn’t built via hardware partner, but rather from the ground up.

One of the upsides there is pricing. $149 certainly makes this a competitive offering versus the Show and Portal.