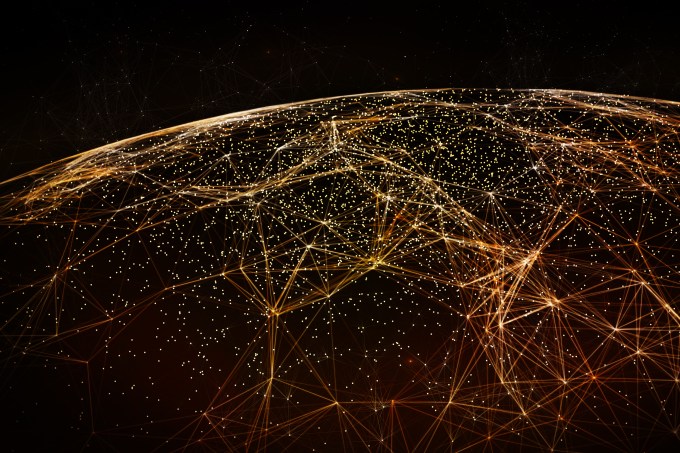 According to a new study conducted by the Center for American Entrepreneurship and NYU’s Schack Institute of Real Estate, the US may be losing its competitive advantage as the dominant nucleus of the startup and venture capital universe.

The analysis, led by senior Brookings Institution fellow Ian Hathaway and “Rise of the Creative Class” author Richard Florida, examines the flow of venture capital over 100,000 deals from 2005 to 2017 and details how the historically US-centric practice of venture capital has become a global phenomenon.

While the US still appears to produce the largest amount of venture activity in the world, America’s share of the global pie is falling dramatically and doing so quickly.

Over the last decade, non-US countries have propelled growth in the global startup and venture economy, which has swelled from $50 billion to over $170 billion in size.  In particular, China, India and the UK now account for a third of global venture deal count and dollars – 2-3x the share held ten years ago.  And with VC dollars increasingly circulating into modernizing Asia-Pac and European cities, the researchers found that the erosion in the US share of venture capital is trending in the wrong direction.

We’ve spent the summer discussing the notion of Silicon Valley reaching its parabolic peak – Observing the “rise of the rest” across smaller American tech hubs.  In reality, the data reveals a “rise in the rest of the world”, with startup ecosystems outside the US growing at a faster pace than most US hubs.

The Bay Area remains the world’s preeminent beneficiary of VC investment, and New York, Los Angeles, and Boston all find themselves in the top ten cities contributing to global venture growth.  However, only six of the top 20 cities are located in the US, while 14 are in Asia or Europe.  At the individual level, only two American cities crack the top 20 fastest growing startup hubs.

Still, the authors found the bulk of VC activity remains highly concentrated in a small number of incumbent startup cities. More than 50% of all global venture capital deployed can be attributed to only six cities and half of the growth in VC activity over the last five years can be attributed to just four cities.  Despite the growing number of ecosystems playing a role in venture decisions, the dominant incumbent startup hubs hold a firm grip on the majority of capital deployed.

China and the surge of mega deals

Unsurprisingly, the largest contributor to the globalization of venture capital and the slimming share of the US is the rapid escalation of China’s startup ecosystem.

In the last three years, China has captured nearly a fourth of total VC investment.  Since 2010, Beijing contributed more to VC deployment growth than any other city, while three other Chinese cities (Shanghai, Hangzhou, Shenzhen) fell in the top 15.

A major part of China’s ascension can be tied to the idiosyncratic rise of late-stage “mega deals”, which the study defines as $500 million or more in size.  Once an extremely rare occurrence, mega deals now make up a significant portion of all venture dollars deployed.  From 2005-2007, only two mega deals took place.  From 2010-2012, eight of such deals took place.  From 2015-2017, there were 80 global mega deals, representing a fifth of the total venture capital activity.  Chinese cities accounted for half of all mega deal investment over the same period.

The good, the bad, and the uncertain

It’s not all bad for the US, with the study highlighting continued ecosystem growth in established US hubs and leading roles for non-valley markets in NY, LA, and Boston.

And the globalization of the startup and venture economy is by no means a “bad thing”.  In fact, access to capital, the spread of entrepreneurial spirit, and stronger global economic development and prosperity is almost unquestionably a “good thing.”

However, the US’ share of venture-backed startups is falling, and the US losing its competitive advantage in the startup and venture capital market could have major implications for its future as a global economic leader.  Five of the six largest US companies were previously venture-backed startups and now provide a combined value of around $4 trillion.

The intense competition for talent marks another major challenge for the US who has historically been a huge beneficiary of foreign-born entrepreneurs.  With the rise of local ecosystems across the globe, entrepreneurs no longer have to flock to the US to build their companies or have access to venture capital.  The problem attracting entrepreneurs is compounded by notoriously unfriendly US visa policies – not to mention recent harsh rhetoric and tension over immigration that make the US a less attractive destination for skilled immigrants.

At a recent speaking event, Florida stated he believed the US’ fading competitive advantage was a greater threat to American economic power than previous collapses seen in the steel and auto industries.  A sentiment echoed by Techstars co-founder Brad Feld, who in the report’s forward states, “government leaders should read this report with alarm.”

It remains to be seen whether the train has left the station or if the US can hold on to its position as the world’s venture leader.  What is clear is that Silicon Valley is no longer the center of the universe and the geography of the startup and venture capital world is changing.

“The Rise of the Global Startup City: The New Map of Entrepreneurship and Venture Capital” tries to illustrate these tectonic shifts and identifies tiers of global startup cities based on size, growth and balance of VC deals and investments.