2018 has been a good year for ridiculous, gargantuan LEGO builds. Just weeks ago, there was that life-size, driveable LEGO Bugatti.

Now someone has gone and built a mega-sized recreation of Apple’s new Cupertino “spaceship” campus — otherwise known as Apple Park.

Coming in at roughly 85,000 pieces, the build took designer Spencer_R a little over two years to complete, with many of those hours spent poring over drone footage of the campus’ construction. At 6.8 x 4.5 feet, it’s bigger than most kitchen tables. Spencer says it weighs around 78 pounds.

Beyond the massive circular building that serves as the build’s primary feature, tons and tons of tiny details accent the brick canvas: its got the glass-walled Steve Jobs Theater, the hundred-year-old Glendenning Barn that was disassembled and rebuilt on the property, the employee parking garages, the visitor center and even some tiny employee basketball/tennis courts for good measure. 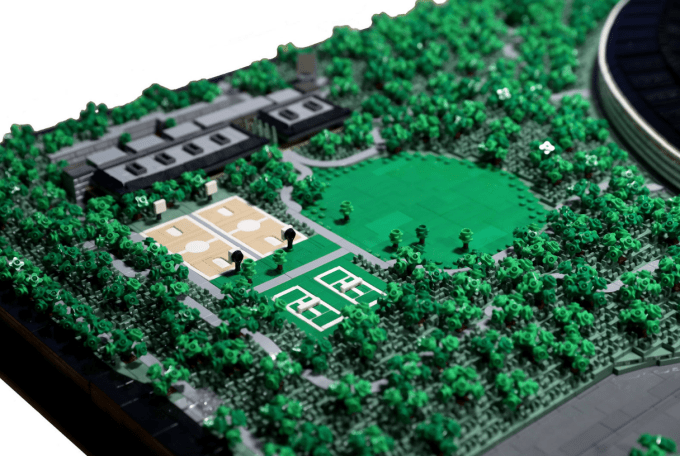 This is hardly Spencer’s first time recreating a mega building — he’s done custom creations of everything from the Eiffel Tower to Rockefeller Center. With that said, he notes that Apple Park is “nearly as large as all of [his] other LEGO skyscraper builds combined.”

For more build details, you can tap through Spencer_R’s gallery/build notes here. Thank you to Fabrizio Costantini for letting us use these photos.