JFrog wants to change the way we deal with software updates. Instead of large numbered updates you have to manually download, it sees a future of continuous delivery where software is delivered as binaries and updated in the background. Investors must like that vision very much because they showered the company with a $165 million Series D investment today, which it says pushes its valuation past the billion-dollar mark.

The round was led by Insight Venture Partners, and as part of the deal Insight’s co-founder and managing director, Jeff Horing will be joining the JFrog board. Other investors joining the round included new investors and Silicon Valley Funds, Spark Capital and Geodesic Capital, as well as existing investors Battery Ventures, Sapphire Ventures, Scale Venture Partners, Dell Technologies Capital and Vintage Investment Partners. Today’s investment pushes the total invested to-date to over $226 million.

What the company has done to justify this kind of investment is offer a series of products that enable customers to deliver code in the form of binaries. That in turn allows them to deliver updates on a regular basis in the background without disturbing the user experience. In a world of continuous delivery, this approach is essential. You couldn’t deliver multiple updates a day if you had to take down your service every time you did it.

The JFrog platform is actually made up of multiple products, but the main one is JFrog Artifactory where companies can add the latest binaries (updates) and deliver them to customers in the background. It’s not unlike, GitHub, but whereas GitHub is a repository for downloading software and updates, the Artifactory is a place to deliver these updates automatically without user involvement. It also handles other DevOps functions like security, access control and distribution. 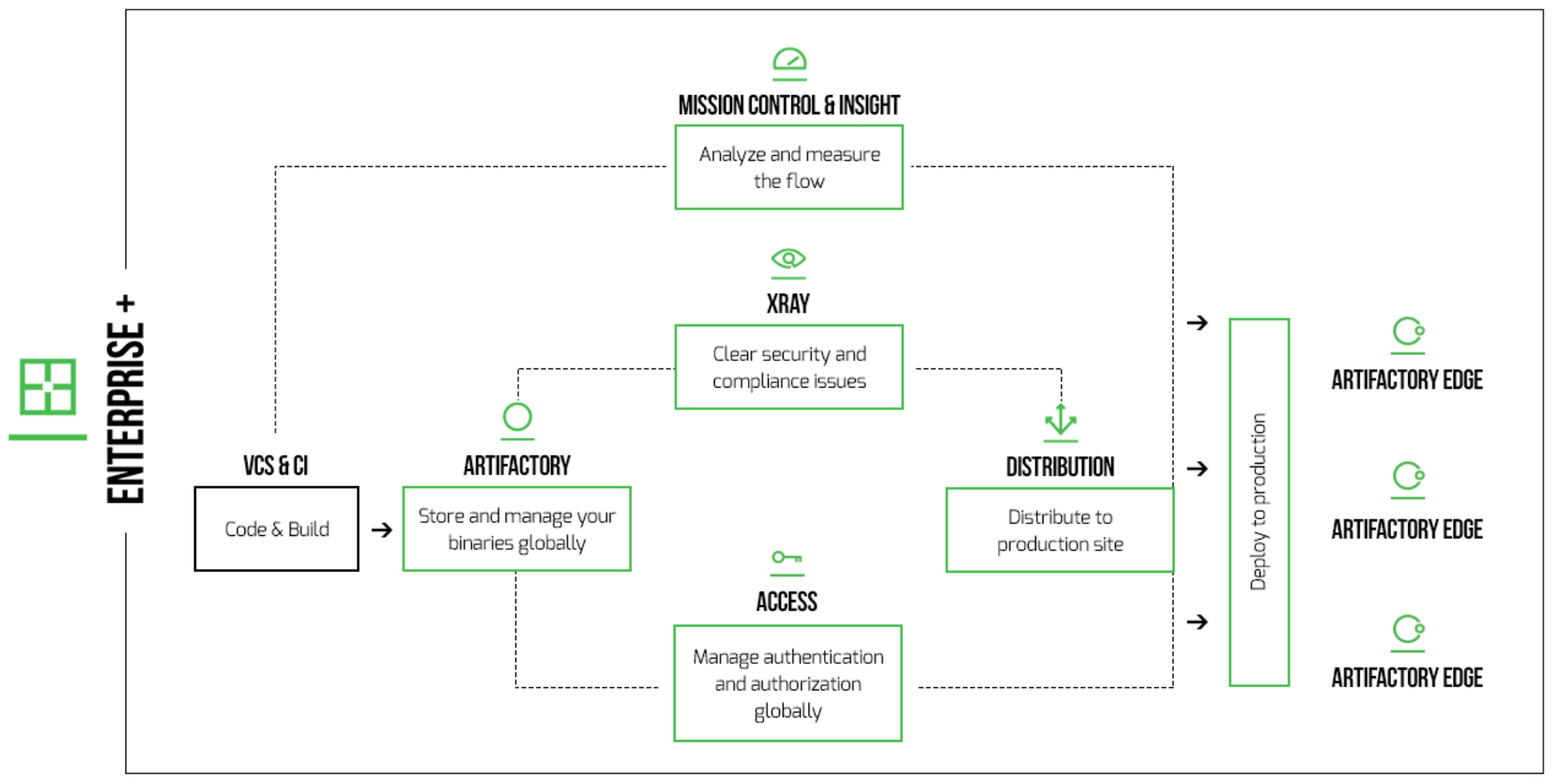 CEO and co-founder Shlomi Ben Haim was happy to reveal that the company’s valuation had entered unicorn territory, but he wasn’t willing to share an exact number. “I don’t want to get into details, but we exceeded the billion dollar valuation. We are north of $1 billion already and we are building the company to generate the revenue to justify it,” he told TechCrunch.

He wasn’t discussing specific revenue numbers, but reports the company has a goal of a billion dollars in revenue by 2025, and he says they are working toward that. He did say they have had 500 percent revenue growth since the $50 million round in 2016, and that they tripled the number of employees to 400, while doubling the number of products they offer. They currently have 4500 customers including 70 percent of the Fortune 100.

So fair to say things are going well for the company. Ben Haim says the ultimate goal for the company is to deliver software in the background for scenarios like your operating system or your Tesla. Instead of shutting down your car or computer for the next software update, it will just happen over the air in the background. We are obviously a ways from fulfilling that vision, but investors are clearly betting on that potential.