Scientists interested in cannabis as a subject for pharmaceutical studies may find an unlikely new home for their research into the plant, its byproducts and biochemistry aboard the International Space Station.

Yes, weed is going to space thanks to the work of a small Lexington, Ky.-based startup called Space Tango.

The company makes a “clean room” laboratory in a microwave-sized box. Because space is tight on the International Space Station, companies that want to conduct experiments in microgravity have to do more with less. And Space Tango gives them a small environment in which to perform tests and monitor the results. 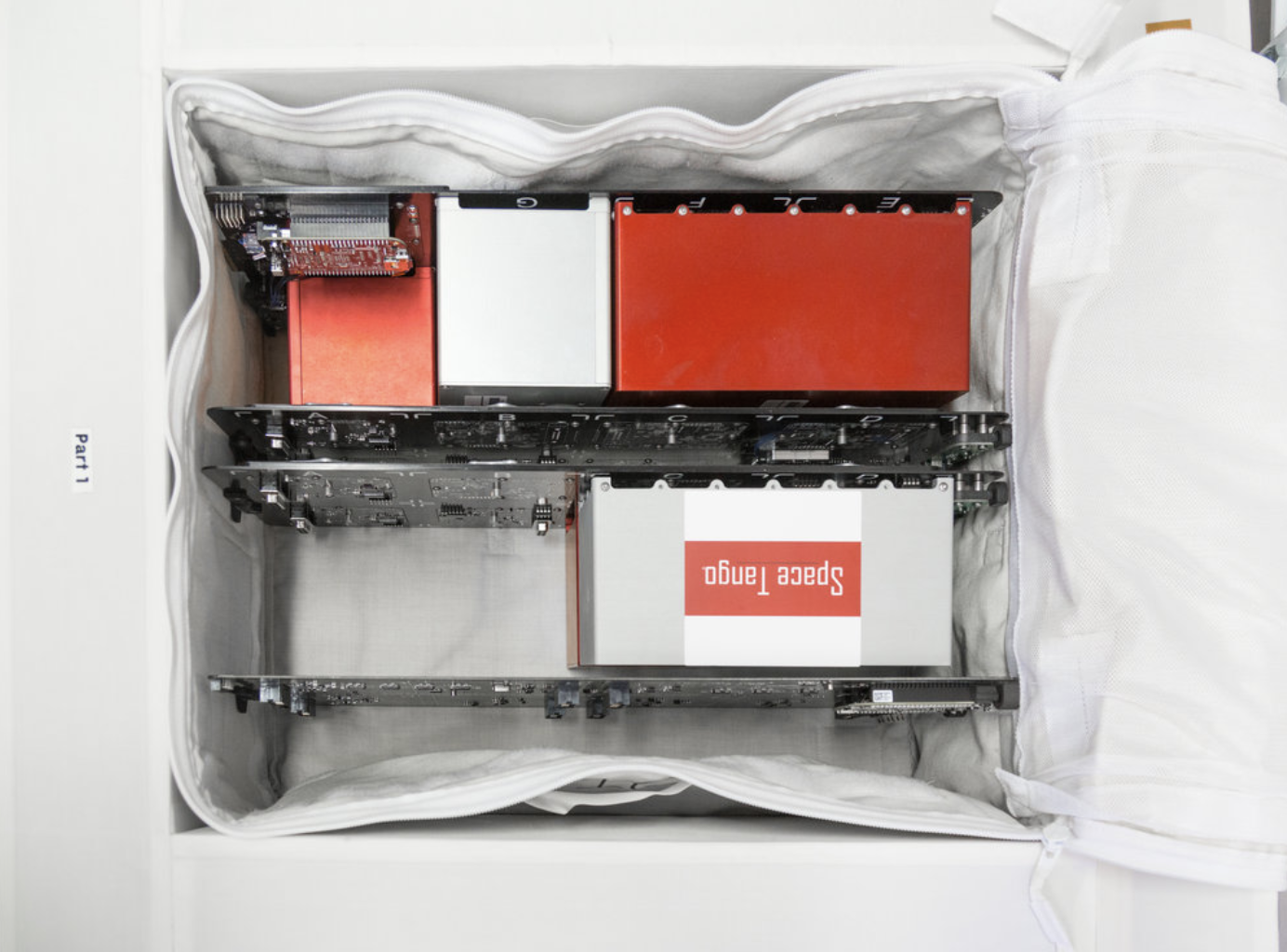 Using Space Tango’s “CubeLab” modules, which slot into the larger TangoLab containers, companies like Anheuser-Busch can send barley up to the space station to observe how the crop could be cultivated in environments approaching zero gravity.

Now, Space Tango is taking its own steps to develop experiments on how the zero gravity environment could affect cannabis cultivation.

Alongside two Kentucky hemp and cannabis cultivation and retail companies, Atalo Holdings, which provides hemp genetics, and Anavii Market, an online retailer of hemp-derived cannabidiol (CBD) therapeutics, Space Tango has set up its own subsidiary to research how microgravity can be used to better cultivate particular strands of hemp for medical compounds.

“For all entrepreneurial companies in this new space area everyone is trying to hone in [sic] on what is the actual business,” said co-founder and chairman Kris Kimel of Space Tango, in an interview. “We’re trying to figure out here what’s the business now… For us, the model is looking at low earth orbit to actually develop and design applications for life on earth.”

Kimel said the company now has two micro-laboratories installed on the International Space Station and has payloads launching to the space station for corporate and university customers about six times a year.

In its early stages, the company is mainly operating on existing income. “We’re able to meet our operating expenses off of revenue,” says Kimel. “Which is great for a company that is not just three years old.”

As it looks to create these kinds of joint ventures with other companies, Kimel said that additional revenue could come from a profit-sharing agreement rather than just straight contracts for services. The new subsidiaries enhance what the company sees as its broader mission, Kimel said.

“Each time a new type of physics platform has been successfully harnessed such as electromagnetism, it has led to the exponential growth of new knowledge, benefits to humankind and capital formation,” said  Kimel, in a statement. “Using microgravity, we envision a future where many of the next breakthroughs in healthcare, plant biology and technology may well occur off the planet Earth.”

Industrialized hemp production and research and development into the crop was enabled four years ago with the passage of the 2014 U.S. Farm Bill. It was the first time in 70 years that new rules were enacted to promote research into applications for the hemp plant as fiber, food or medicine.

By taking the plants to space, Space Tango hopes to study whether the growth of certain strains can be better controlled in the absence of gravitational stresses on the plant’s development.

“When plants are ‘stressed,’ they pull from a genetic reservoir to produce compounds that allow them to adapt and survive,” said Dr. Joe Chappell, a member of the Space Tango Science Advisory Team who specializes in drug development and design. “Understanding how plants react in an environment where the traditional stress of gravity is removed can provide new insights into how adaptations come about and how researchers might take advantage of such changes for the discovery of new characteristics, traits, biomedical applications and efficacy.”

Founded by former NASA engineer Twyman Clements and Kimel, who was serving as the president of the nonprofit Kentucky Science and Technology Corp., Space Tango was spun up to be the for-profit arm that would commercialize experiments in space as a service for large businesses that wanted to take advantage of the unique properties of manufacturing in microgravity.

There have been few commercially viable products that have come from microgravity research or production, in part because it’s expensive to bring products from space to earth.

That’s why Space Tango has focused on drug discovery and pharmaceuticals and why the company is spinning up its independent subsidiary that will focus exclusively on cannabis. Pharmaceutical compounds are lightweight and can be profitable in production without enormous volumes.

“That’s why biomedicine is attractive,” Kimel said. “You’re dealing with products that are incredibly high value and incredibly low weight.”