Empires rise and fall, and none more so than business empires. Whole industries that once dominated the planet are just a figment in memory’s eye, while new industries quietly grow into massive behemoths.

New York City has certainly seen its share of empires. Today, the city is a global center of finance, real estate, legal services, technology, and many, many more industries. It hosts the headquarters of roughly 10% of the Fortune 500, and the metro’s GDP is roughly equivalent to that of Canada.

So much wealth and power, and all under constant attack. The value of technology and data has skyrocketed, and so has the value of stealing and disrupting the services that rely upon it. Cyber crime and cyber wars are adding up: according to a report published jointly between McAfee and the Center for Strategic and International Studies, the costs of these operations are in the hundreds of billions of dollars – and New York’s top industries such as financial services bear the brunt of the losses.

Yet, New York City has hardly been a bastion for the cybersecurity industry. Boston and Washington DC are far stronger today on the Acela corridor, and San Francisco and Israel have both made huge impacts on the space. Now, NYC’s leaders are looking to build a whole new local empire that might just act as a bulwark for its other leading ecosystems. 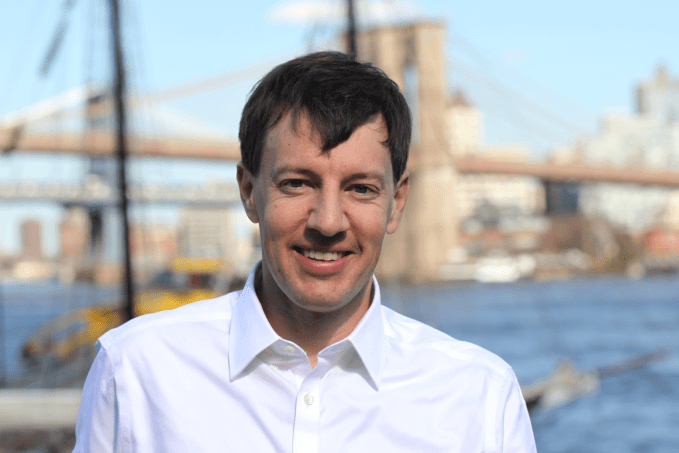 James Patchett, CEO of NYCEDC, explained in an interview with TechCrunch that cybersecurity is “both an incredible opportunity and also a huge threat.” He noted that “the financial industry has been the lifeblood of this city for our entire history,” and the costs of cybercrime are rising quickly. “It’s a lose-lose if we fail to invest in the innovation that keeps the city strong” but “it’s a win if we can create all of that innovation here and the corresponding jobs,” he said.

The Cyber NYC program is made up of a constellation of programs: 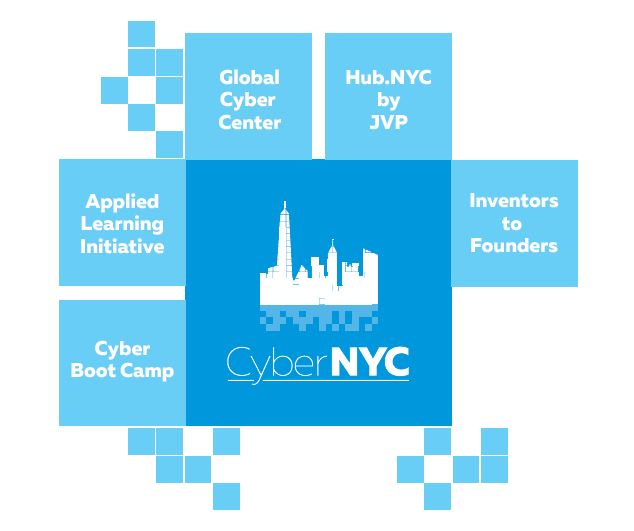 NYCEDC’s map of the Cyber NYC initiative. (Photo from NYCEDC)

The NYCEDC estimates that there are roughly 6,000 cybersecurity professionals currently employed in New York City. Through these programs, it estimates that the number could increase by another 10,000. Patchett said that “it is as close to a no-brainer in economic development because of the opportunity and the risk.”

From Jerusalem to New York

To tackle its ambitious cybersecurity goals, the NYCEDC is partnering with two venture firms, Jerusalem Venture Partners (JVP) and SOSA, with significant experience investing, operating, and growing companies in the sector.

Jerusalem-based JVP is an established investor that should help founders at Hub.NYC get access to smart capital, sector expertise, and the entrepreneurial experience needed to help their startups scale. JVP invests in early-, late-, and growth-stage companies focused on cybersecurity, big data, media, and enterprise software. 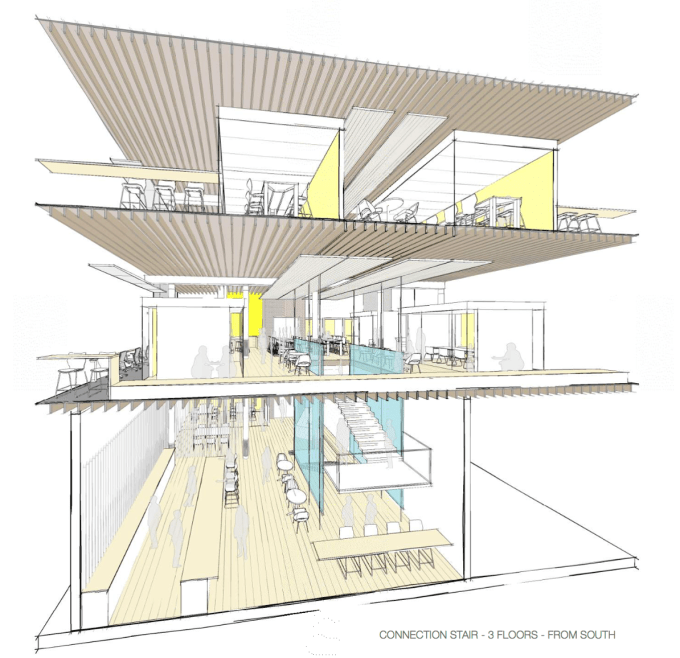 JVP will run Hub.NYC, a startup accelerator that will help cybersecurity startups connect with customers and mentors. (Photo from JVP)

Erel Margalit, who founded the firm in 1993, said that “If you look at what JVP has done … we create ecosystems.” Working with Jerusalem’s metro government, Margalit and the firm pioneered a number of institutions such as accelerators that turned Israel into an economic powerhouse in the cybersecurity industry. His social and economic work eventually led him to the Knesset, Israel’s unicameral legislature, where he served as an MP from 2015-2017 with the Labor Party.

Israel is a very small country with a relative dearth of large companies though, a huge challenge for startups looking to scale up. “Today if you want to build the next-generation leading companies, you have to be not only where the ideas are being brewed, but also where the solutions are being [purchased],” Margalit explained. “You need to be working with the biggest customers in the world.”

That place, in his mind, is New York City. It’s a city he has known since his youth – he worked at Moshe’s Moving IN NYC while attending Columbia as a grad student where he got his PhD in philosophy. Now, he can pack up his own success from Israel and scale it up to an even larger ecosystem.

Since its founding, JVP has successfully raised $1.1 billion across eight funds, including a $60 million fund specifically focused on the cybersecurity space. Over the same period, the firm has seen 32 successful exits, including cybersecurity companies CyberArk (IPO in 2014) and CyActive (Acquired by PayPal in 2013).

JVP’s efforts in the cybersecurity space also go beyond the investment process, with the firm recently establishing an incubator, known as JVP Cyber Labs, specifically focused on identifying, nurturing and building the next wave of Israeli cybersecurity and big data companies.

On average, the firm has focused on deals in the $5-$10 million range, with a general proclivity for earlier-stage companies where the firm can take a more hands-on mentorship role. Some of JVP’s notable active portfolio companies include Source Defense, which uses automation to protect against website supply chain attacks, ThetaRay, which uses big data to analyze threats, and Morphisec, which sells endpoint security solutions.

Opening up innovation with SOSA

With the eight-floor Global Cyber Center located in Chelsea, it is turning its attention to an even more ambitious agenda. Uzi Scheffer, CEO of SOSA, said to TechCrunch in a statement that “The Global Cyber Center will serve as a center of gravity for the entire cybersecurity industry where they can meet, interact and connect to the finest talent from New York, the States, Israel and our entire global network.” 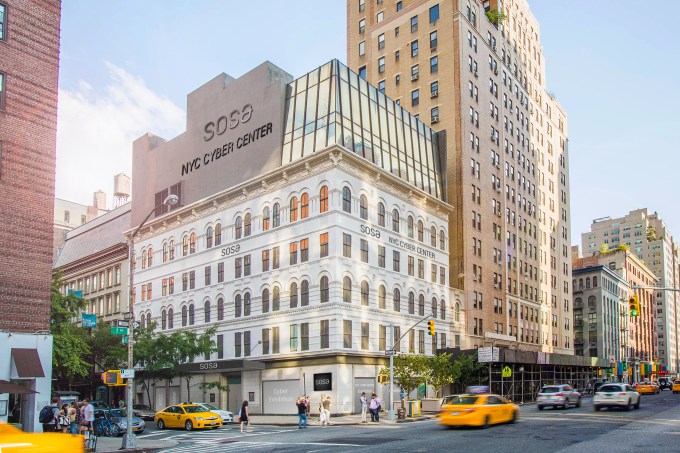 It is no coincidence that both of the EDC’s venture partners are familiar with the Israeli cybersecurity ecosystem. Israel has long been viewed as a leader in cybersecurity innovation and policy, and has benefited from the same successful public-private sector coordination New York hopes to replicate.

Furthermore, while New York hopes to create organic growth within its own local ecosystem, the partnerships could also benefit the city if leading Israeli cybersecurity companies look to relocate due to the limited size of the Israeli market.

While we spent comparatively less time discussing them, the NYCEDC’s educational programs are particularly interesting. Students will be able to take classes at any university in the five-member consortium, and transfer credits freely, a concept that the NYCEDC bills as “stackable certificates.”

Meanwhile, Facebook has partnered with the City University of New York to create a professional master’s degree program to train up a new class of cybersecurity leaders. The idea is to provide a pathway to a widely-respected credential without having to take too much time off of work. NYCEDC CEO Patchett said, ”you probably don’t have the time to take two years off to do a masters program,” and so the program’s flexibility should provide better access to more professionals.

Together, all of these disparate programs add up to a bold attempt to put New York City on the map for cybersecurity. Talent development, founder development, customer development – all have been addressed with capital and new initiatives. 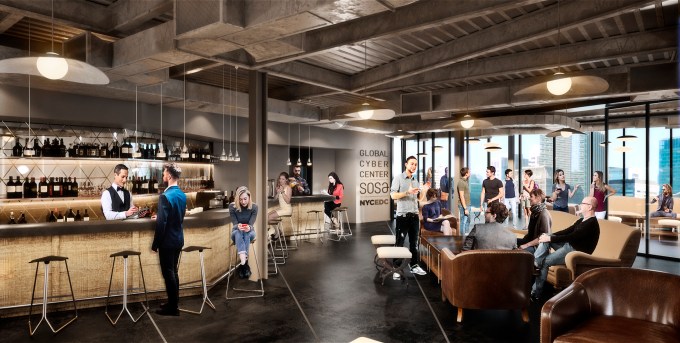 Will the community show up at initiatives like the Global Cyber Center, pictured here? (Photo from SOSA)

Yet, despite the time that NYCEDC has spent to put all of these partners together cohesively under one initiative, the real challenge starts with getting the community to participate and build upon these nascent institutions. “What we hear from folks a lot of time,” Patchett said to us, is that “there is no community for cyber professionals in New York City.” Now the buildings have been placed, but the people need to walk through the front doors.

The city wants these programs to be self-sustaining as soon as possible. “In all cases, we don’t want to support these ecosystems forever,” Patchett said. “If we don’t think they’re financially sustainable, we haven’t done our job right.” He believes that “there should be a natural incentive to invest once the ecosystem is off the ground.”

As the world encounters an ever-increasing array of cyber threats, old empires can falter – and new empires can grow. Cybersecurity may well be one of the next great industries, and it may just provide the needed defenses to ensure that New York City’s other empires can live another day.