Facebook today announced the global launch of Premieres, its new interactive video format that allows creators to pre-record a video for fans, then release it during a viewing window they choose, as more of a live event. The move follows YouTube’s introduction of a similar Premieres format just a few months ago. In addition, Facebook says it’s rolling out interactive video polls to more Pages, and making its Top Fans feature available to all Facebook Pages worldwide.

Specifically, these companies have found that allowing creators to delay the release of a pre-recorded video gives them the ability to build up excitement for a live viewing event among their community, which in turn, can increase the video’s viewership when it finally hits. This benefits the creators, platforms, and the advertisers alike, as they all want to reach as many people as possible. 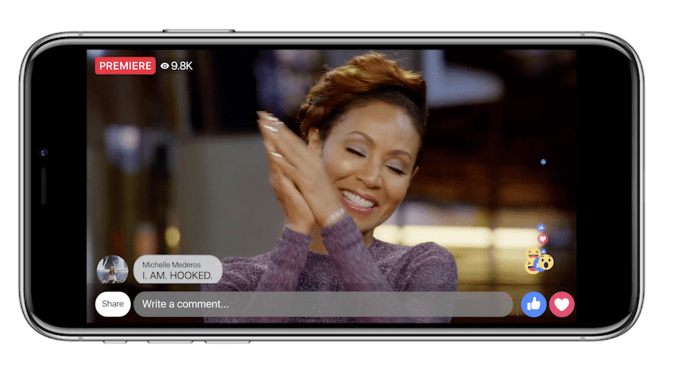 Facebook video Premieres had been in testing for some time before today’s global launch, according to reports from earlier this year.

The idea had been largely popularized by the Amazon-owned video game streaming site, Twitch, as a way to capture the thrill associated with a live event, while also allowing the video creators to edit their video to give it more polish.

Facebook says that during testing, a number of outlets saw increased engagement through the use of the feature, including OWN, which tested with Oprah Winfrey’s SuperSoul Sunday; Sony, which announced the 10th season of India’s successful game show – Kaun Banega Crorepati (Who Wants to Be a Millionaire?); Australia’s Broadcaster Channel 7; BuzzFeed’s Unsolved; the Buffalo Bills; and creator Jimmy Zhang.

It didn’t cite specific increases as numbers, percentages, or averages, however.

The upcoming slate of Premieres also includes an extended look at Aquaman from WB, debuting exclusively on Facebook this week.

The process of creating a Premiere involves the same video uploading tools already available, including monetization tools for ad breaks and branded content.

With Premieres, the platforms can attract a wider audience for tools that had previously only been offered to live broadcasters. For example, Twitch and YouTube creators can engage fans in chat, selling them speciality badges (emotes and Super Chat badges, respectively), along the way.

Facebook is now heading into this space, as well.

Along with the launch of Premieres, it’s rolling out Top Fans to all eligible Facebook Pages. This feature, which began testing in March, highlights the creator’s most loyal fans by displaying a badge next to their name.

For the time being, Top Fans earn the badge by being active on the Page – by watching the Page’s videos, reacting, commenting or sharing its content. 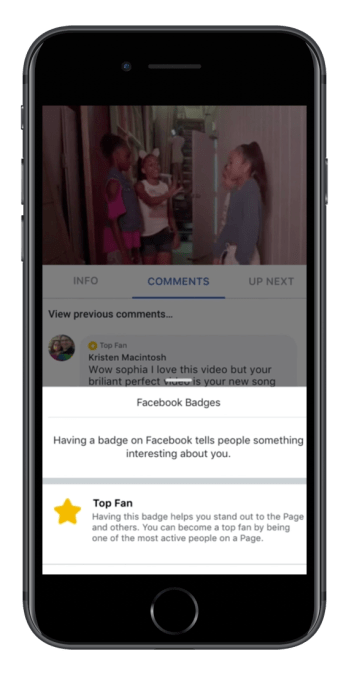 It seems likely this feature will be monetized in the future, however – similar to how fans can buy badges on Twitch and YouTube to demonstrate loyalty. But Facebook hasn’t announced any plans – and in fact, claims it has no plans to do so. (We’ll see.)

Once labeled a “Top Fan,” comments will be badged on any kind of post or video, including Premieres.

Any Page with more than 10K followers can activate Top Fans by using the video template, and then opting into Top Fans badges from the Page settings.

These moves come at a time when video is of increasing importance to the social network. A month ago, it launched its video portal Facebook Watch worldwide, as it continues its attempts to woo video creators away from YouTube and game streamers from Twitch, to its social networking platform instead.

It also recently acquired Vidpresso’s team and tools to help make videos more interactive. At the time, it reported that its Facebook Live videos had seen 3.5 billion broadcasts to date and received 6 times as many interactions as traditional videos. Those figures are key to understanding why Facebook, and its rivals, are trying to make pre-recorded videos feel as if they’re a live event.