People procrastinate about buying insurance because it’s such a boring and complicated chore to compare policies. But Cover combines plans from 45 insurance companies into a single marketplace so it’s easy to find the best one for your car, home, rental, business, personal property, pets, jewelry and more. Now Cover is building powerful onboarding tricks like a driving school that earns you lower car insurance rates, and a way for Shopify merchants to sell warranties for their items.

The potential to use tech to run circles around the old insurance brokers has attracted a new $16 million Series B for Cover led by Tribe Capital’s Arjun Sethi, who led the Series A and sits on the startup’s board. The round was joined by Y Combinator, Social Capital, Exor and Samsung, and brings the company to a total of $27.1 million in funding. 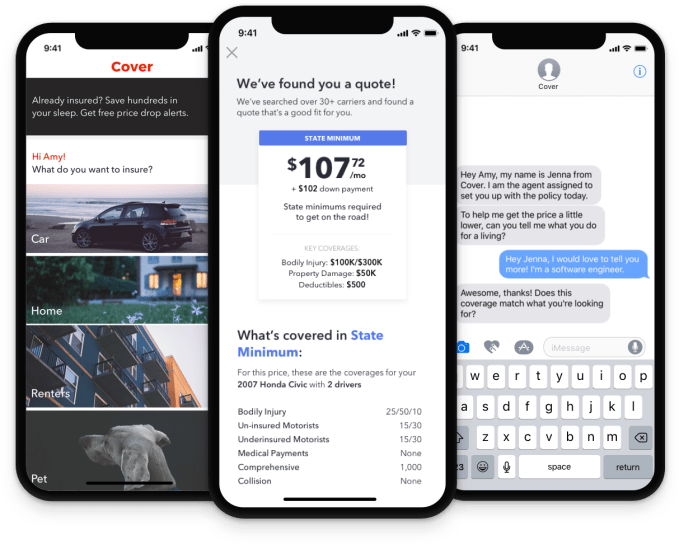 “Insurance isn’t very different from being a white-collar bookie, where the house’s rake is too high and the dollars at stake are in the hundreds of billions in the U.S. alone,” says co-founder and CEO Karn Saroya. “This, all to the detriment of regular people, who view insurance as a tax. We’re here to change that perception.”

Saroya and his co-founders have deep ties. He went to high school with Anand Dhillon, is engaged to Natalie Gray and hired Ben Aneesh at the team’s previous startup, a high-end fashion marketplace called StyleKick that was eventually acqui-hired by Shopify. “We were tossing around ideas for what we wanted to do after StyleKick/Shopify, running hackathons on weekends. We built a couple different apps, but Cover — the MVP, where we just asked potential customers to take pictures of things they wanted to insure, surprised us” says Saroya. “Our customers sent us walkthroughs of their homes, pictures of their dogs and videos of themselves washing their cars. When you come across behavior that violates your expectations in consumers, that’s usually when you double-down.” 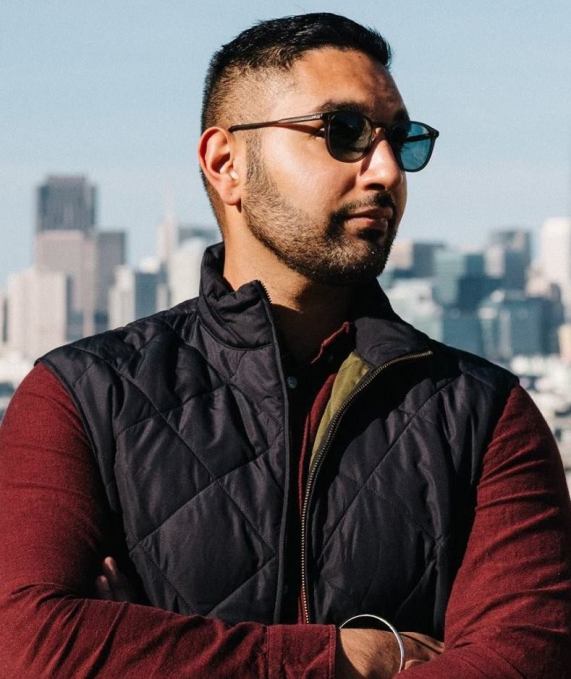 So they built Cover, where you don’t have to cobble together an endless set of insurance websites or wait on hold. You download the app, pick your item, list how much you paid and where, provide some photos or video of its condition using its TensorFlow-equipped camera and Cover will check across its insurance partners and find you the best quote instantly. You can easily see what is and isn’t covered, learn how to make claims, and text with an agent if you have questions. For example, I was quickly quoted $5 per month to insure my new iPhone against damage but not loss or theft.

Cover earns between 10 to 35 percent per dollar of premium you pay. Its annualized premium already exceeds $8.5 million and is growing 30 percent per month. Thanks to its low-churn business model, easy cross-promotion of products, low training requirements for customers and no need to constantly update its existing subscriptions, Cover starts to look like a very efficient software-as-a-service business.

The big question remains whether Cover can consistently find the best rates for customers so they don’t second guess its quotes and search somewhere else. It will have to outcompete multi-insurance providers, like State Farm and Geico, as well as startups like MetroMile tackling specific insurance verticals with mobile apps. To really earn the big profits, Cover is building out its own in-house insurance plans. But that will put it under constant threat of insuring the wrong risks and ending up paying out too much. 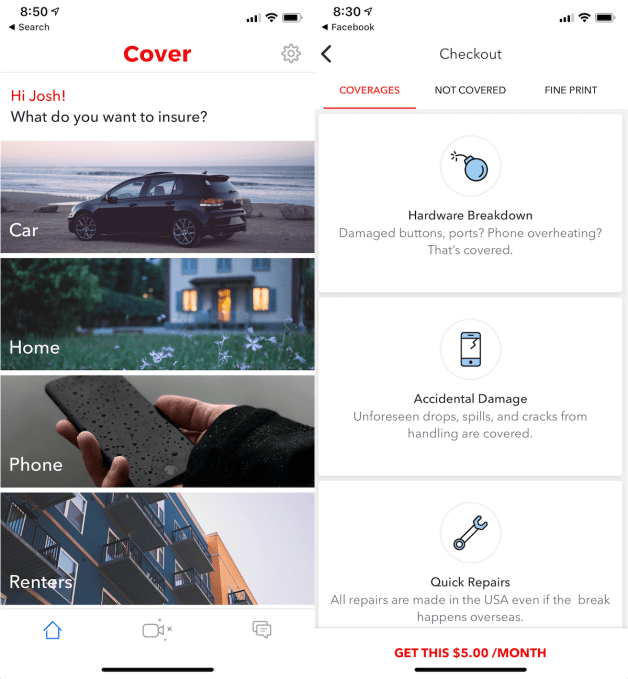 “We built Cover because we saw an opportunity to build elegant products that could deliver on pricing and customer experience in a way that no incumbent insurance entity can,” Saroya concludes. By bringing the service to mobile and making it a seamless part of owning something, Cover could ensure you’re insured, even if insurance is the last thing you want to think about.