Vahdam Teas, an India-based e-commerce startup that cuts the supply chain down to sell fresh teas online, has pulled in a $2.5 million Series B investment for growth in the U.S. and other global markets.

The round comes from existing investor Fireside Ventures, a consumer brand-focused VC firm. It follows a $1.4 million Series A round that was announced at the end of 2017, and it takes two-year-old Vahdam to $5 million from investors to date. TechCrunch understands from a source with knowledge of discussions that the deal values Vahdam at the $25 million mark. Vahdam declined to discuss its valuation when asked.

Vahdam founder and CEO Bala Sarda, a 26-year-old who comes from a tea industry family, told TechCrunch that the company could have raised more money but it is aiming to be picky. There’s clearly demand. Teabox, the startup that pioneered the digital distribution model for tea sales, has raised nearly $15 million from its backers to date, for example.

“We’ve chosen to raise patient, intelligent capital from people who know this industry,” Sarda said. “We’re not profitable yet but not burning a lot of money.”

He admitted that the company could look to raise more funds next year if it sees the right growth opportunities to merit it. He expects the company to reach breakeven over that period, too. 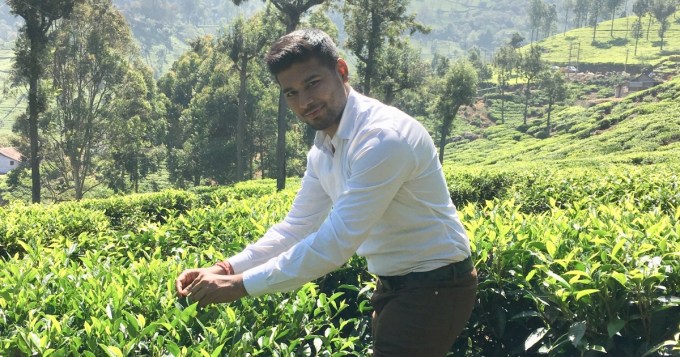 Stepping back for a moment, Teabox, Vahdam and others like them are aiming to redesign the way people consume and buy tea by massively cutting the time between picking and drinking.

In traditional corporate circles, that process is something like 9-12 months as produce is kept in warehouses and supply chain takes time. Now, the new standard is freshly-kept teas that can go from plantation to home in as few as 10 days depending on harvest time. That’s thanks to temperature-controlled storage and the efficiencies of e-commerce. For consumers, these digital tea sellers offer not just fresher teas, but an easy way to buy a premium selection that is tough to find on the high street.

Vahdam recently said it had delivered its 100 millionth cup of tea — note: it sells loose leaf tea not bags — having just hit 200,000 customers to date. (Teabox said it had delivered 40 million cups in December 2017, but it hasn’t issued a new figure.) Revenue is on track to grow 2X this year, and CEO Sarda believes the company can reach 500,000 customers before the end of next year.

The company sells in over 85 countries, but it has focused on the U.S. market, which accounts for up to 75 percent of its revenue, according to Sarda.

Vahdam first entered America largely through Amazon — which sells its teas, alongside those of Teabox and others, although Vahdam was part of Amazon’ Launchpad startup accelerator program. While that relationship has helped break into the market, Sarda said that Vahdam is on track to see activity from its own website overtake that of its own Amazon store by the end of 2018. That’s important because it helps establish a direct relationship with customers, which is essential for new products, that will soon include a subscription-based service and also a ready-to-drink teabag option.

That subscription was originally going to launch this year, but Vahdam has delayed it while it set up logistics in the U.S. market. Using its previous Series A financing, the startup opened an office in New York and warehouse in New Jersey and Indianapolis — the location of Fedex’s second-largest U.S. hub and a UPS “super hub” with convenient links between east and west coast consumer markets.

Through these locations — and the use of delivery partners — Sarda said Vahdam can now deliver its product to U.S-based customers more effiently. The CEO said it managed U.S-based inventory mostly predictively, but the new locations make it much easier (and cheaper) to handle smaller packages quickly in the U.S. That’ll help with its upcoming subscription, which will include a ‘surprise box’ or regular orders that can be scheduled over variable times, such as weekly, monthly, quarterly, etc. 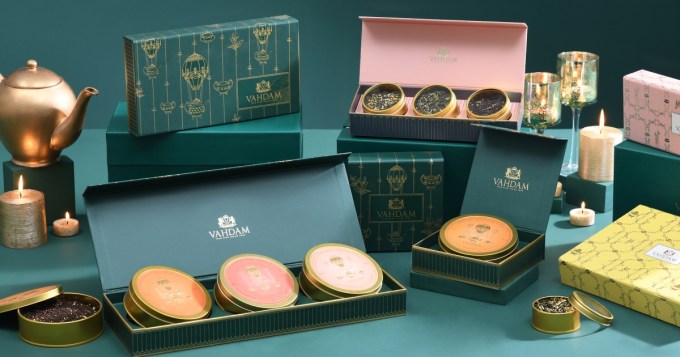 “We are targeting mainstream tea-drinking customers in the U.S, it’s a multi-billion market,” Sarda told TechCrunch. “Our focus is to disrupt the mainstream brands and we’ve been converting [consumers] because they believe it is much fresher tea that’s also easier to order.”

The company is also giving attention to its native market. Not only is it preparing to begin to sell tea in India — it has focused on global markets to date — but it has also unveiled a CSR project aimed at putting money back into the grassroots industry.

Its TEAch Me project sets aside one percent of company revenue to fund the school fees for the children of workers at its partner plantations, where the tea sold to consumers is sourced. Vahdam works with over a dozen partners which, Sarda said, should mean it covers the education costs of over 1,000 students before this year is out. A pilot with one estate saw it cover 60 students and Sarda said that already Vahdam is planning a follow-up initiative focused on health insurance.

“Education is a big part of their salaries [and it] can become a burden for their families even with the [incoming national] minimum wage. As we have more capital to infuse we’ll also look at health care options,” he said.

While it is involved with its estates through these projects, Sarda said there are no plans to own any outright. In some cases, Vahdam buys up a majority, or all, of an estate’s premium tea products but there are other goods sold on to other merchants or at auction. He did say, however, that the company would consider buying stakes where an estate needs new capital, and it is actively helping its partners to embrace technology.