Netflix is doubling down on interactive TV, according to a new report from Bloomberg this morning. The streaming service is planning to develop a number of projects that will allow viewers to control the storyline’s progress in a TV show or movie, including one in an upcoming episode of the dystopian sci-fi anthology series, “Black Mirror.”

According to the report, the choose-your-own-adventure episode will be a part of “Black Mirror’s” fifth season, which arrives in December.

This is not the first time Netflix has tried interactive TV, but it’s interesting that it’s now bringing its experiment to more high-profile, adult-orientated shows.

The company had first announced its plans to offer this sort of interactive storytelling last June, but at the time, it was focused on kids’ shows. The original lineup included “Puss in Book: Trapped in an Epic Tale,” “Buddy Thunderstruck: The Maybe Pile,” and “Stretch Armstrong: The Breakout.”

These are shown in the Netflix user interface with a small icon of a game controller over the show’s thumbnail to indicate its interactive, playable nature. 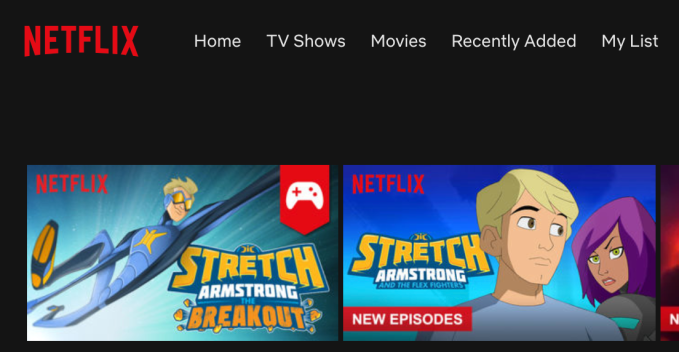 In December 2017, Netflix Chief Content Officer Ted Sarandos told Bloomberg it was preparing an experimental show aimed at older audiences, after seeing how kids had responded to the format.

The forthcoming, controllable “Black Mirror” episode will be the first time Netflix has used this format in a live-action series — and it’s the first interactive show designed for adult viewers. It’s also the first of at least two confirmed live-action projects, says Bloomberg, noting also that Netflix is in the process of negotiating the rights to others. Two of the projects are said to be adaptations of video games.

Interactive TV is still very much an experiment; it’s not clear that this is something adults will want in their viewing experience. In addition, the production of a branched narrative is far more timely and costly, which can be prohibitive in scaling these projects beyond the occasional “special episode.”

But people may come to Netflix due to curiosity about the format.