Online education is a $160 billion+ industry today, but as it continues to mature, there are some inevitable ebbs and flows. In the latest development, TechCrunch has learned and confirmed that Udacity — the $1 billion startup co-founded by Sebastian Thrun that specialises in “nanodegrees” in tech subects that range from AI and coding through to the how-tos of digital marketing — has quietly cut about five percent of its staff since August across multiple offices globally.

“Back in August, five percent of our global employees were laid off based on carefully considered, strategic business decisions,” a spokesperson told TechCrunch in an emailed statement. “We are supporting our former and current employees through the transition. Our business continues to grow, with offices in India, China, Germany, Brazil, Egypt, and the United Arab Emirates, in addition to Silicon Valley. We continue to hire for key roles.”

The company does not disclose an exact number of employees it has across globally, except to say that it is over 500, meaning that this change is affecting about 25 people — the same number that a source had originally give us.

It’s not clear exactly what is going on at Udacity to prompt the layoffs, either in terms of the existing business or what it may have planned for the future.

Udacity says that it has over 50,000 students enrolled in its six-12-month nanodegree programs, but that is a figure that it has not updated in almost a year, when it emerged that Shernaz Daver, the CMO who was credited for turning around the company, was leaving Udacity.

Overall, Udacity says the number of registered students on the platform is higher than this, now at over 10 million — which also includes one-off free courses as well as partnerships with businesses. Udacity works with companies like Google, Facebook, Amazon and others to develop its curriculum, and it counts Accenture, AT&T, Bank of America, GE and Ford among its customers.

The company made $70 million 2017, but it has not provided guidance on how it is doing this year. (That $70 million figure was first released in February this year, when Udacity’s CEO Vishal Makhijani hinted the company was eyeing up an IPO.)

In terms of funding, Udacity has not raised any money since 2015 — when it closed a $105 million round led by publisher Bertelsmann that catapulted it to a $1 billion valuation. It’s raised $163 million to date, with other investors including Andreessen Horowitz, Ballie Gifford, Charles River Ventures, Cox Enterprises and GV.

A rush of companies have entered the online education space — which has been around in one form or another since the start of the web, and indeed you could argue went hand-in-hand with some of the earliest intentions behind the internet. Offerings run the gamut of what “education” can entail: single courses, full degrees, professional development, casual hobbies, gamefied children’s education, and much more — using videos, mobile technology, VR, AI to tailor courses, curriculums approved by leading academics and educators, and much more to make the learning more sticky and effective.

Udacity has competitors, effectively, from many parts of that spectrum, but some of the more notable include Coursera, Lynda (which is now part of LinkedIn and Microsoft) and Khan Academy. 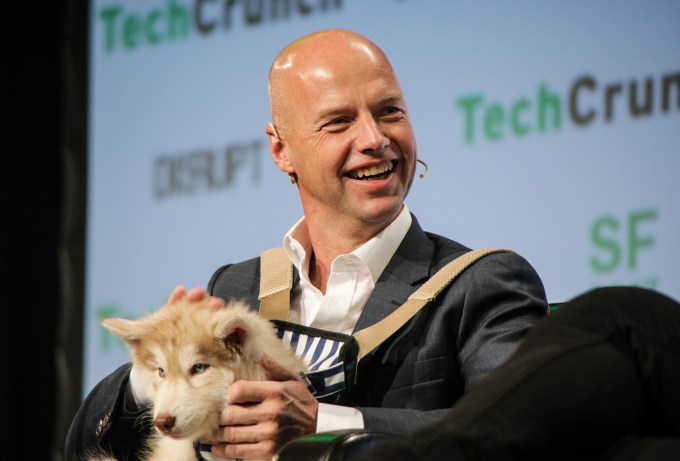 Since its launch in 2011, Udacity has played a few different roles within that evolution. The company initially started as one of the early providers of “MOOCs” (Massive Open Online Courses): Thrun (pictured above, who co-founded the company with David Stavens and Mike Sokolsky; neither are with the company anymore) left a position as a professor of AI at Stanford to start Udacity when he found that 160,000 students signed up for an open invite he made to take his class for free online.

Higher educational institutions worked closely with Udacity in the early days, although the company appeared to move away from that focus that in 2013 after some hiccups, including San Jose State University suspending a pilot with the startup after pass rates were deemed too low.

Instead it started to work with a number of large tech players like Google (where Thrun is credited with the company’s early work on building self-driving cars) to develop a new set of courses to target older people and those already in the workforce. That pivot appeared to turn the company profitable at one point, as it expanded its sights to further markets like India.

Then, Thrun stepped away as the CEO (he’s now president) and the role was taken on by Makhijani, who had been the COO. Under him, the company appeared to focus a little more: it looked set to build deeper coding experiences with its first acquisition, of CloudLabs; and it spun out its self-driving car program, which was renamed Voyage and is now building its own business. It’s likely that this latest turn is one more step in how Udacity is aiming to position for whatever comes next.