TiVo today is introducing a new set-top box, the TiVo BOLT OTA, which will join its existing lineup of TiVo BOLT-branded devices, including the voice-controlled BOLT VOX DVRs, launched last year. This new device, as its name suggests, is designed for cord cutters who use a digital antenna to watch live TV over-the-air. It will replace the TiVO Roamio OTA DVR, which will no longer be sold.

Specifically, the BOLT OTA 4K Ultra High Definition capable set-top box is designed to work with almost any HD antenna and TV set, as a way for customers to ditch expensive cable or satellite TV without losing the ability to watch and record live TV.

The device is similar to the 1TB BOLT VOX, as it also offers 4 tuners and supports storing 150 hours of HD programming. But it costs less as it’s dropped the BOLT VOX’s support for cable in favor of only antenna support instead. 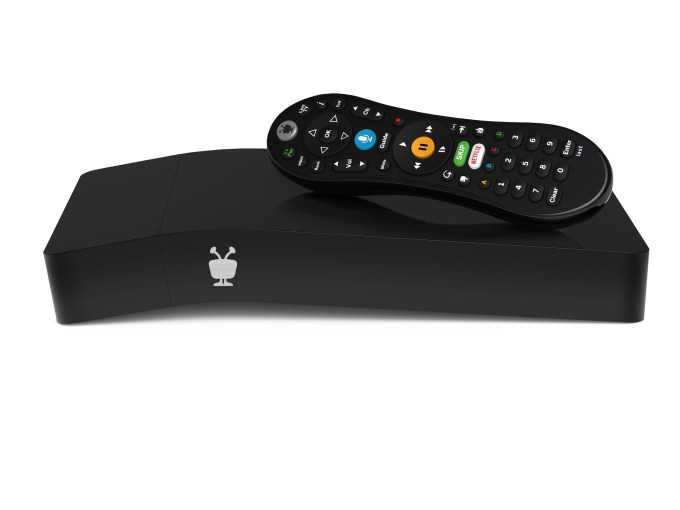 That brings the cost of the device down a bit, too.

On the back are inputs and outputs for the remote finder, the coax connection for the antenna, optical audio out, audio L/R, HDMI 2.0, Ethernet, 2 USB 2.0 ports, external storage port, and power.

Like other TiVo devices, the BOLT OTA is aimed at consumers who are looking to combine access to traditional TV programming – in this case, from an antenna – with on-demand streaming services like Netflix, Hulu, HBO, YouTube and others.

TiVo’s software includes over 20 popular streaming apps. That’s not as many as something like Roku or Apple TV, for instance, but does cover many of the majors like Prime Video, Netflix, Hulu, HBO, YouTube, Vudu, Pandora, Plex, EPIX, iHeartRadio, MLB.TV, and others. 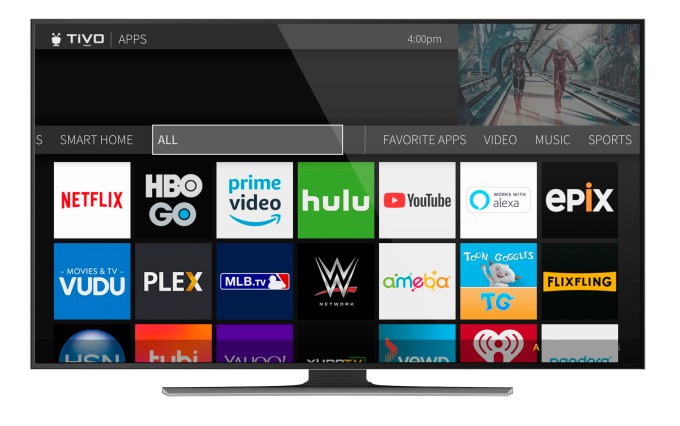 The new BOLT OTA will also support the TiVo Mini for a multi-room, whole-home setup – but only over Ethernet, not MoCA (networking over coax), which is not supported on the new device.

The other selling points for TiVo BOLT OTA are its commercial-skipping feature (TiVo’s SkipMode), universal search across live TV, recordings and streaming services (OneSearch), and the ability to use voice commands to find programming.

In fact, TiVo’s lineup of DVRs support Amazon Alexa – interesting to note, given that Amazon has seemingly taken aim at TiVo’s market with its new Fire TV Recast, which has left TiVo with the need to plug the hole in its own lineup with a lower-cost box. 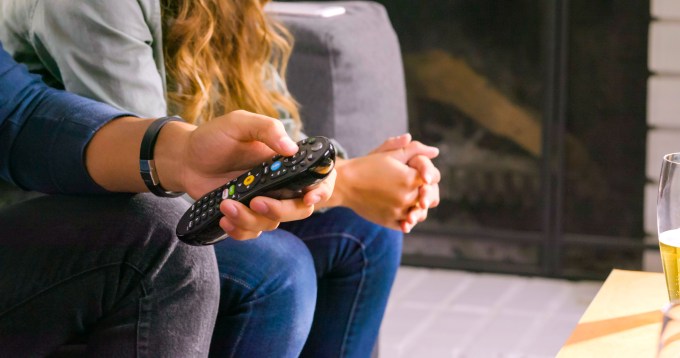 Amazon’s new set-top box will stream and record live TV as well as offer access to traditional streaming services, like Netflix, plus Amazon’s video catalog, and any other app that works on Fire TV devices.

And the Recast offers the ability to stream to other connected devices both in and outside the home without additional monthly fees. That’s probably the biggest threat to TiVo, which has relied on monthly service plans to generate revenue beyond the one-time cost of the hardware purchase itself.

The 2-tuner version of the Fire TV Recast is $230 and the 4-tuner option is $280, which puts it slightly higher than the new BOLT OTA, which comes in at $250. But without the need for a subscription, Fire TV Recast users could save money over time. (The way out of TiVo’s monthly fees is the upfront payment of $249 for its All-In Plan now that the fee-less Roamio is going away.) 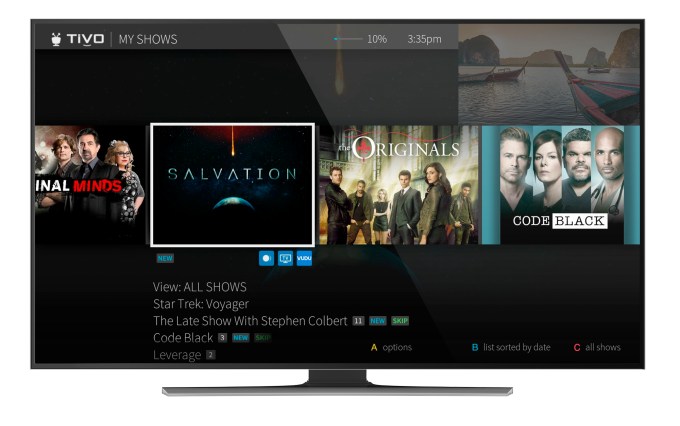 Despite the similarities between the products, TiVo says Amazon is not a rival.

“It’s really important to understand that TiVo doesn’t see Amazon as a competitor,” says Ted Malone, Vice President of Consumer Products and Services at TiVo. “We we run a bunch of our services on AWS; we sell our products via Amazon; we support Alexa; we were first and, as far as I know, still one of the best integrations of the Alexa video skill kit.  And we support Amazon Prime Video on our boxes. We really see Amazon at a partner level,” he says.

Plus, he adds, the devices are different. TiVo is aiming to feel more like a professional TV product – an upgraded cable TV box, perhaps – while Amazon’s Fire TV Recast is more like the DIY solutions offered by Tablo or ChannelMaster, Malone says..

“They’ve done a nice job of integrating tightly with the Amazon ecosystem,” he continues. “But I think you’re probably not going to see them rush to support Google Voice or Roku clients or a lot of the things we’re doing that are more open, from an ecosystem standpoint,” Malone notes.

He says that Amazon’s entry will raise awareness, and that will be good for TiVo. “We think that once that tide starts rising, we think that we can still provide a solution that is differentiated and targets is slightly different customer type,” says Malone.

For example, the BOLT OTA allows customers to play back five programs at the same time (2 on mobile, 2 via Minis, and 1 via local playback). The Recast – even the 4-tuner version – only supports 2 outputs at the same time, he points out.

TiVo wants to focus on its OTA product line because that’s the only one that’s growing. The business involving customers using OTA devices is growing 10% year-over-year, while TiVo’s cable install base is shrinking by 5%, the company says.

TiVo BOLT OTA will be available beginning Friday, September 28, 2018 on TiVo.com and Amazon. Best Buy will stock it in-store on October 7.