In the two years since Indian social media app ShareChat raised $4 million in funding from Lightspeed Ventures the converging trends of increasing smartphone use, wireless internet connectivity, and cashless banking have combined to create a new social media juggernaut.

Now Lightspeed has confirmed that the company has raised an additional $100 million in financing at roughly a half billion dollar valuation alongside investment partners including India Quotient, Jesmond Holdings, Morningside, SAIF Partners, Shunwei Ventures, Venture Highway and Xiaomi.

“ShareChat is really looking to tap into the next billion users in India,” says Ravi Mhatre, a partner at Lightspeed, whose investment dollars helped architect the ShareChat rise.

What’s giving this startup the ability to connect to those next billion users is one strategy of a 9-year-old plan to develop what’s been called the “India Stack” — an entirely new digital infrastructure for a country with a population of 1.32 billion spread across an area of nearly 1.3 million square miles.

The push began in 2009 with the launch of Aadhaar, India’s (recently amended) national biometric recording scheme. Seven years later it took a huge leap forward with the implementation of the nation’s massive demonetization plan and the near-simultaneous rollout of a 4G high speed mobile network across the country.

While the demonetization strategy ate into growth rates across the country, and likely didn’t reduce the amount of money in circulation, according to Indian financial publication LiveMint, the 4G rollout was a huge success.

Since Jio, the telecommunications arm of the giant industrial conglomerate Reliance Group, launched its 4G service in September 2016, adoption rates across the country have skyrocketed.

According to a report from the telecommunications analysis firm, OpenSignal, Jio’s contribution to networking India has been massive.

During the quarter ending June 2017, total data usage stood at over 4.2 million terabytes, out of which 4G data accounted for 3.9 million TBs, according to TRAI. The growth is most visible when checking the numbers from a year ago, when 4G data usage stood at a mere 8,050 TBs; that’s a 500-fold increase… [And] LTE availability in India is remarkable: users were able to connect to an LTE signal over 84% of the time, a rise of over 10 percentage points from a year earlier. This places India ahead of more established countries in the 4G landscape such as Sweden, Taiwan, Switzerland or the U.K. 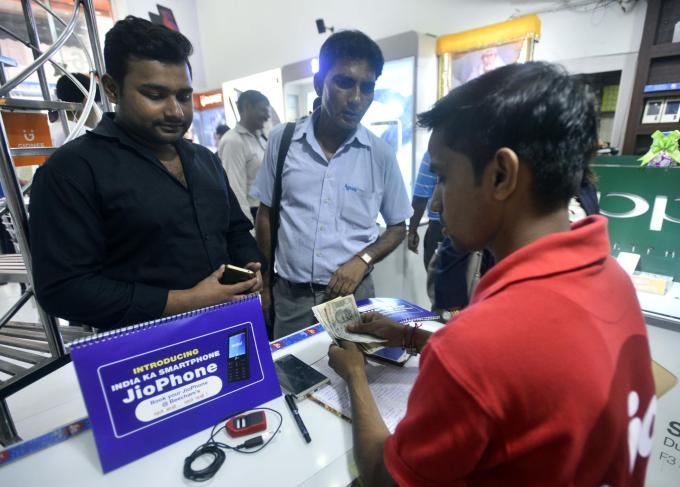 For a startup like ShareChat that means tens of millions of daily active users, according to Mhatre.

Those users are drawn to ShareChat’s broadcast chat feature, which allows users on mobile phones to broadcast conversations and commentary about any topic they wish. “It’s a platform where content that is relevant to you is surfaced to you and you engage with it,” Mhatre says.

The company was founded by three Bangalore-based developers. Farid Ahsan, 26, Ankush Sachdeva, 25, and Bhanu Pratap Singh, also 26 — all graduates from India’s famous IIT Kanpur University — had worked up 17 different prototypes for a product before they finally settled on the version that would become ShareChat.

The company’s founders are also taking a page from the popular Chinese app WeChat and hope to turn their broadcast chat service into a platform for micropayments, education, and other types of entertainment.

What started as a niche site for people to communicate in their local dialects could now become the first true domestic social media giant in India.

There are other Chinese corollaries to ShareChat’s business that may be informative. Toutiao, the news aggregation service owned by Bytedance, is perhaps the closest in kind to ShareChat at the moment, but even that is only accurate to a point.

China’s infrastructure is still somewhat based on personal computers and landlines, whereas India’s is wholly mobile-first. For Mhatre, it’s the first country to make the leap to a digital economy based entirely on mobile computing.

At Lightspeed the opportunity that presents is similar to the mid-90s birth of the Internet in the U.S. and the late 2000 technology boom that created billions of dollars in value for companies like Alibaba, Baidu, and Tencent. 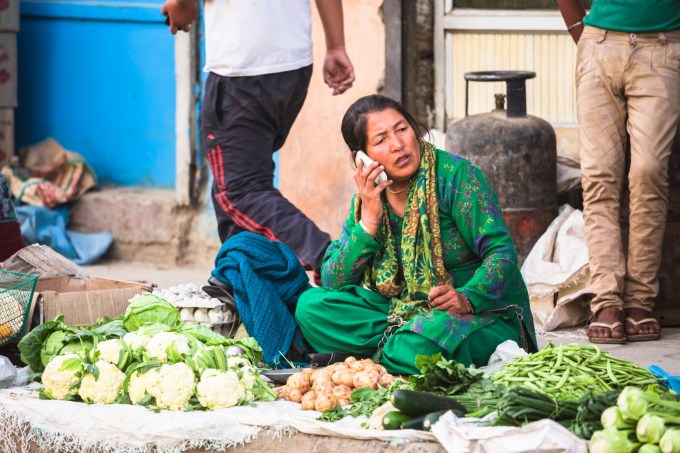 ShareChat is built to support India’s plethora of local languages, as opposed to English-first services like WhatsApp

What makes this feat even more impressive was that until two or three years ago, it looked like India wouldn’t be living up to the expectations that had been set for it and emerging market countries like Russia and Brazil that comprise three-fourths of the BRICs that were supposed to be the foundational building blocks of the 21st century global economy.

“If you look at China — the GDP in China is $12 to $13 trillion… India is about $2.5 trillion [but] infrastructure got developed there earlier than in India,” Mhatre said. India is at the same inflection point now, where the infrastructure boom is contributing to the development of new business models.

The constraints of that infrastructure have also informed the business ShareChat has built as well. Because while digital penetration rates in the country are high, the download speeds are exceptionally low (due in part to overwhelming demand).

Again, the OpenSignal report is informative.

While LTE availability saw a meteoric rise, the same cannot be said of 4G speeds. In our latest State of LTE report, India occupied the lowest spot among the 77 countries we examined, with average download speeds of 6.1 Mbps, over 10 Mbps lower than the global average.

ShareChat’s focus on messaging and sharing data light images is a platform that’s suited to the current strengths and limitations of India’s infrastructure. “You have half a billion people with a high speed internet terminal in their hand and they want to do things with it,” Mhatre said. And ShareChat isn’t just localized in its tech stack. The company also is localized by language.

As the investors at Lightspeed noted in their thoughts on the deal.

The “next billion” users in India speak 22 different languages and are spread out over an area the size of Europe. ShareChat’s founders Ankush, Bhanu and Farid blew us away with their insight into this new user base. Their first brush with this user base came in 2015 when they noticed that sharing of photos, videos, poetry, jokes and even good morning messages was at epidemic levels on WhatsApp. Yet there was no easy one-stop shop for finding this content.  ShareChat was born to solve this problem. As they developed the idea, they also saw that this audience hungered for connection and content about their cities and villages of origin. They noticed emergent behavior around users wanting to “look cool” to their friends by finding the best content, solving for loneliness by finding friends in their own language, and even wanting to drive fame and celebrity in their own geographies.