Plex is continuing to streamline its software by shutting down features that weren’t broadly adopted or all that functional. The company says it will soon sunset a handful of options in its media player software, including Plugins, Cloud Sync and its “Watch Later” bookmarking feature.

The move to kill off these features comes shortly after Plex announced it would soon shut down its Plex Cloud service because of technical difficulties.

The company began its life as a way for users to organize their personal media collections of photos, music, TV shows and films. But it has more recently expanded into the cord cutting market. This shift in focus has seen Plex adding features that support the ability to watch and record from live TV.

However, the change has also meant that support for things like Plex Cloud — which allowed users to stream their media from cloud storage sites like Google Drive and Dropbox — no longer take precedence.

However, Plex says that its decision to shut down this other group of features has to do more with their lack of use.

“Watch Later,” it says, was costly to maintain and hard to justify when only a handful of folks used it, for example. Meanwhile, Cloud Sync was adopted by so few that Plex jokingly challenged any upset users to “DM us a photo of your Cloud Sync library and today’s newspaper,” to prove they actually used it.

Still, Cloud Sync’s removal is another example of Plex stepping away from supporting other cloud platforms. In this case, the feature allowed subscribers to select some content from their local media library, then sync a copy to a cloud storage provider for access when the local Plex Media Server was unavailable.

The decision to shut down Plugins seems to have given Plex the most concern, and was not taken lightly, the company says.

The Plugins feature allows users to add various channels and other third-party add-ons to their account, so they can access online content, including video, audio and other photo services. Among the most popular were plugins for services like Pandora, CNN, Vimeo and others. 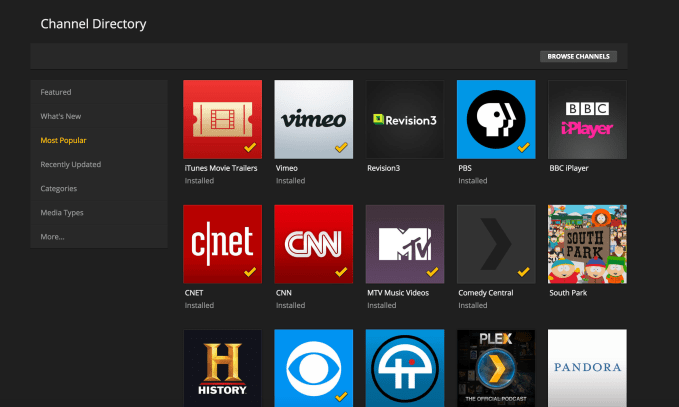 But Plex says that less than 2 percent of people were using Plugins, and it was built with an outdated protocol that’s difficult to support. Essentially, it’s at the point where Plex would need to rebuild the feature to keep it around, but can’t justify doing so when so little of the user base takes advantage of the option.

Plugins also make less sense for Plex’s business as it continues its push into live TV streaming, as many of the Plugins were workarounds for not being able to access TV content — like ABC, CBS or NBC shows, for instance, or a newscast of some sort. But Plex itself bought a streaming news service, Watchup, last year and quickly added a dedicated news hub right in its app as a result. It has also added native support for podcasts as another means of getting news and informational content.

The company explained its reasoning for all the closures in a blog post:

The Plex ecosystem is quite large, and over the years, we’ve sometimes added things that might have made sense at the time, but didn’t age well. We’ve also been incredibly reluctant to take anything away from people who may be using a given feature. Or kill support for a platform with low usage or other challenges. And while any given case might not be significant, they can add up over a decade to a death by a thousand (paper) cuts. So we set out to do some house-cleaning…

We didn’t approach the process lightly; we looked over usage numbers and took into account maintenance costs and general customer satisfaction. In some cases, we have plans for a future in which a better replacement shows up. Other things, we’re just stabbing in the chest repeatedly with a wooden stake (and hoping it’s not a zombie). But the philosophy is the same—we want to focus our finite energy on providing awesome functionality that works great and makes the folks who use it happy. 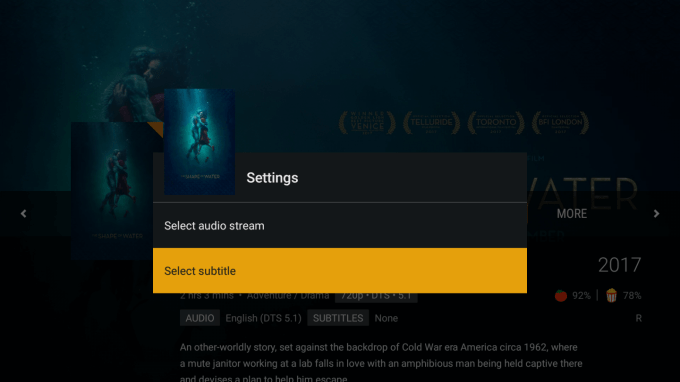 Alongside the shutdowns, Plex also added support for subtitles, which will roll out to Plex Pass Preview in the days ahead with launches on web (desktop), Xbox One, most LG TVs, Plex Media Player, Android mobile and Android TV with iOS and Apple TV to follow.