Oculus doesn’t want to deter developers by making their games and content obsolete when the next version of Rift comes out. So today at the Oculus Connect 5 conference, Facebook CEO Mark Zuckerberg announced that “Future versions of our product are going to be compatible with the old ones. All of the content that works for Rifts is going to work on the next version.”

That next version of the Oculus headset will be called Quest and will come out in the Spring. It’s wireless, will ship with Touch controllers, and there will be over 50 titles available at launch.

The compatibility strategy ties into Zuckerberg’s prediction that the VR industry needs about 10 million users on any given hardware platform in order to drive enough sales for content creation to be sustainable. Discussing the slow adoption of VR, Zuckerberg noted that last year Oculus set forth a goal of getting 1 billion people into VR. He joked that this journey is “one percent finished”, or “maybe less than one percent”. 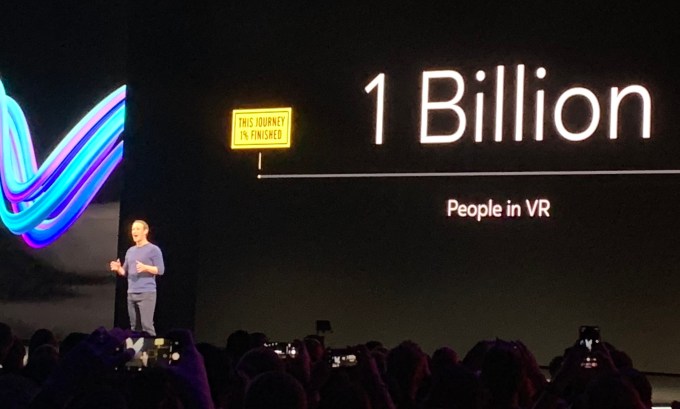 Right now, most VR titles are built by scrappy indie studios and are funded by initiatives like Oculus’ push to invest $3 billion in VR over the next decade. That’s because there’s not nearly enough headset owners buying content to make the business profitable. There are 1100 Rift titles already available, but they were at risk of becoming unplayable as hardware advances.

Of course, if Oculus really was all-in about compatibility, it’d try to work with Playstation VR and HTC Vive to make experiences easier to port across platforms. But for now, just knowing they won’t have to re-code their content each year could make developers more confident about building for the immersive medium.