China’s Didi Chuxing is fighting fires at home around passenger safety, but overseas the ride-hailing giant has moved into another new market after its taxi-booking service began operations in Japan.

The service has gone live in Osaka, the city of nearly nine million people, and parts of the surrounding area including Kansai International Airport. The Didi Japan app links passengers up with drivers from 10 local taxi companies, and Didi said it will use an AI-based dispatch and fleet management system for efficiency.

Didi, which is valued at $56 billion, entered Japan in partnership with SoftBank, which is of course one of its investors. The company said it plans to expand the service to major cities including “Kyoto, Fukuoka and Tokyo” in the near future.

The company is going to stick to license taxis and not private cars because the latter is banned in Japan. Still, the traditional taxi industry is big business in Japan . The country is the world’s third largest taxi market based on revenue ($13 billion GMV), and it has some 240,000 licensed vehicles.

Uber, meanwhile, is piloting a similar taxi-based approach across Japan, but there are some far bigger players in the space.

JapanTaxi is a ride-hailing startup operated by Ichiro Kawanabe, who runs Japan’s largest taxi operator Nihon Kotsu and heads up the country’s taxi federation. JapanTaxi also has big-name backers, with Toyota the lead investor of a recent $69 million funding round. Beyond that, popular messaging app Line operates a ride-hailing service while Lyft, Uber’s rival in the U.S. market, is considering entering Japan, too.

Didi is hoping to stick out from the competition by appealing to both travelers and locals. To help snag interest from tourists visiting the country, it has created a ‘roaming passport’ that will allow users of other Didi apps — including China, Mexico, Australia, Hong Kong and Taiwan — to use their regular Didi app in Japan. 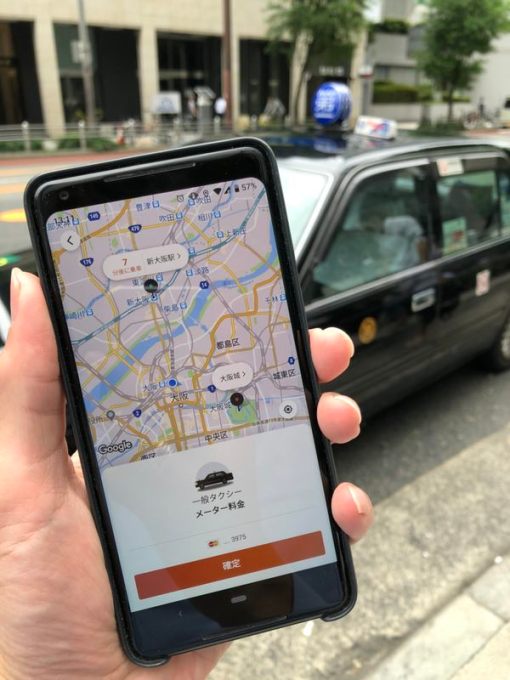 This Japan launch has been in the offing for some time — SoftBank and Didi announced the joint venture back in February — and this is the fifth expansion that Didi has completed so far this year. The company raised $4 billion at the tail-end of last year and it earmarked that capital for developing AI, core tech and international markets.

Didi hasn’t held back in broadening its business globally. The company has expanded into Mexico and Australia organically, while it acquired Uber rival 99 in Brazil in a $1 billion deal and launched a franchise-based expansion in Taiwan. It global reach also includes investments, and it owns stakes in Uber in the U.S, Ola in India, Grab in Southeast Asia, Careem in the Middle East and Taxify in Europe and Africa.