This past Saturday, something pretty weird happened in Pokémon GO: Immediately after the monthly “Community Day” event came to a close, a strange, new, never-before-seen Pokémon showed up. And by “showed up,” I mean it was everywhere. Around the globe, this thing was spawning every few feet. A grey blob with a hex nut for a head; it wasn’t like anything that anyone had seen in-game before. 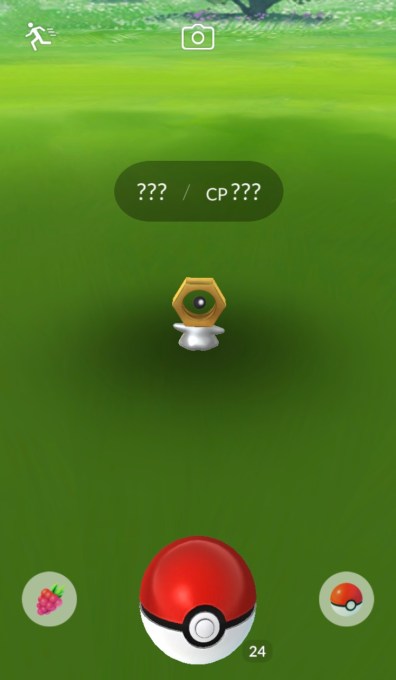 Weirder yet: No one could actually catch it. If you managed to get it to stay in a Pokéball, it would always turn into something else (in most cases, it turned into a Ditto). Just a few hours later, it was mostly gone.

Was it just a glitch? Many players assumed that Niantic put this thing in as a placeholder and a glitch brought it into public view. Or did they really just drop an entirely new Pokémon into the game out of nowhere?

Three days later, we’ve got an answer: It’s not a glitch.

This video just popped up on the official Pokémon YouTube channel, shining a bit of light on what’s going on:

In short: Its name is Meltan, and it’s an upcoming Mythical Pokémon. It all seems to be a big publicity tie-in with the upcoming Let’s Go, Pikachu! and Let’s Go, Eevee! titles that’ll launch on the Switch next month. Based on the limited info we have so far, it seems like to get a Meltan in the new games, you’ll have to catch him in Pokémon GO.

This whole stunt was pretty damned clever. Thanks to special, limited-time spawns, Pokémon GO’s Community Day events are when just about anyone who still plays the game will be actively looking at their screen. By sneaking Meltan in there for a bit at the end, they pretty much guaranteed a wave of “WTF?” would roll around the world. All for a little grey blob with a nut on his head.

As for how to catch an actual Meltan rather than a Ditto-lookalike: that’s still a mystery. Catching Mythical Pokémon in GO thus far has involved “Special Research” quests — a series of tasks that take a few days or weeks of play to complete. We might be looking at another one of those here.