Mars rover Opportunity has been operating on the surface of the Red Planet since 2004, but a dust storm this summer may prove to be the mission’s toughest challenge. The enormous storm caked Opportunity in dust and blocked out the sun, its source of energy — and there’s no guarantee the batteries aren’t dead for good. But now that the skies have cleared, we at least have our first look at the workhorse rover from orbit since it went radio silent.

The Mars Reconnaissance Orbiter captures fabulous imagery of the planet at a regular rate, but it happened that it passed over Perseverance Valley last week, where Opportunity is currently stationary. In the image you can just make it out as a few pixels raised above the surface. 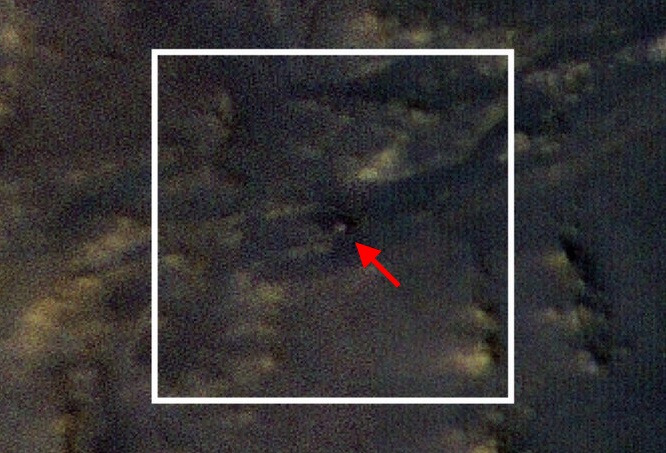 That valley isn’t the only place that was hit by the storm — this was no flurry but a full-blown planet-spanning tempest that lasted for months. It isn’t the first dust storm Opportunity has weathered by a long shot, but it was probably the worst.

The last we heard from the rover was on June 10, at which point the storm was getting so intense that Opportunity couldn’t charge its batteries any more and lowered itself into a hibernation state, warmed only by its plutonium-powered heaters — if they’re even working.

Once a day, Opportunity’s deeply embedded safety circuit checks if there’s any power in its battery or coming in via solar.

“Now that the sun is shining through the dust, it will start to charge its batteries,” explained Jim Watzin, director of the Mars Exploration Program at NASA. “And so some time in the coming weeks it will have sufficient power to wake up and place a call back to Earth. But we don’t know when that call will come.” 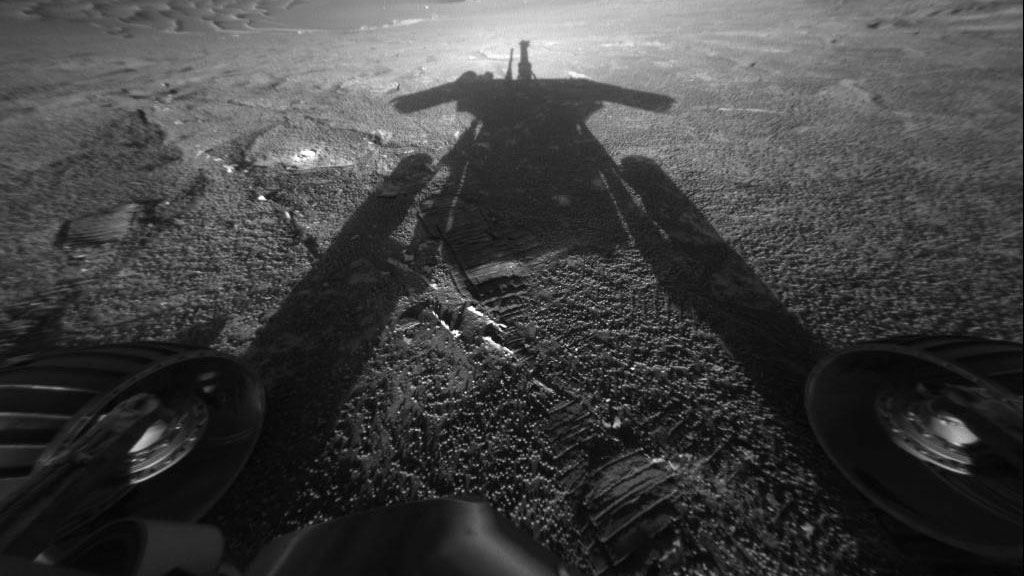 An Opportunity shadow-selfie from 2004, when Opportunity was comparatively young (and had “only” doubled its mission length).

That’s the hope, anyway. There is of course the possibility that the dust has obscured the solar cells too thickly, or some power fault during the storm led to the safety circuit not working… there’s no shortage of what-if scenarios. But space exploration is a unique combination of the deeply realistic with the deeply optimistic, and there’s no way Opportunity’s handlers aren’t going to give the little rover all the time it needs, within reason, to get back in touch.

The team has been sending extra signals out to spur a response from Opportunity and will continue to do so for the next few weeks, but even that won’t be the end of the line.

Thomas Zurbuchen, associate administrator at NASA’s Science Mission Directorate, assured the many Opportunity superfans out there that they plan to keep listening at least through January. And you can bet a few sentimental types will find a way to check now and then after that as well.

Should the worst happen and the dust storm appear to have disabled the rover for good, that would still be a hell of a run — Opportunity was intended to last for 90 days and has instead gone for 14 years. Nothing sad about that. But here’s hoping we hear from this long-lived explorer soon.