AWS has its Snowball (and Snowmobile truck), Google Cloud has its data transfer appliance and Microsoft has its Azure Data Box. All of these are physical appliances that allow enterprises to ship lots of data to the cloud by uploading it into these machines and then shipping them to the cloud. Microsoft’s Azure Data Box launched into preview about a year ago and today, the company is announcing a number of updates and adding a few new boxes, too.

First of all, the standard 50-pound, 100-terabyte Data Box is now generally available. If you’ve got a lot of data to transfer to the cloud — or maybe collect a lot of offline data — then FedEx will happily pick this one up and Microsoft will upload the data to Azure and charge you for your storage allotment. 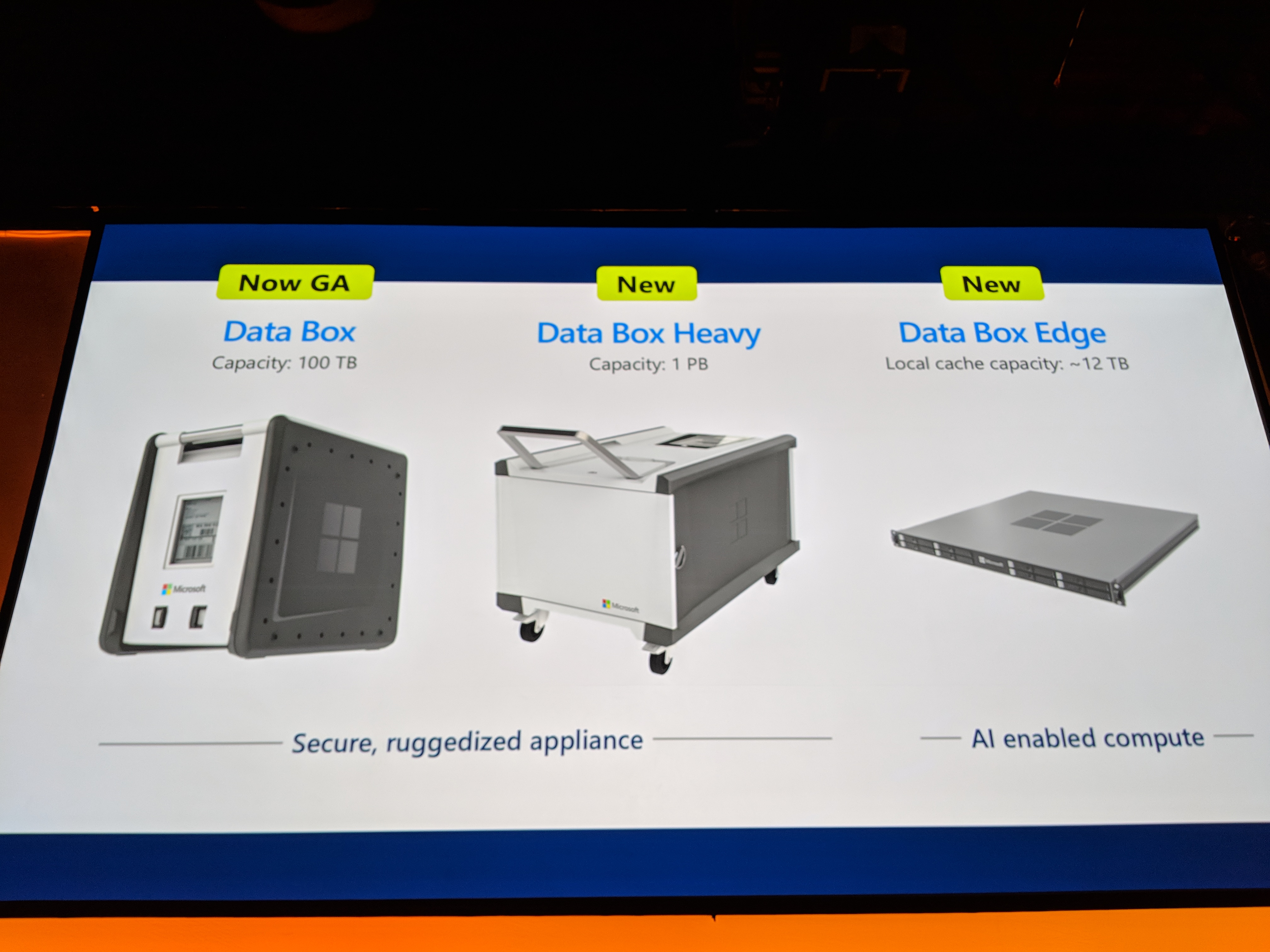 If you’ve got a lot more data, though, then Microsoft now also offers the Azure Data Box Heavy. This new box, which is now in preview, can hold up to one petabyte of data. Microsoft did not say how heavy the Data Box Heavy is, though.

Also new is the Azure Data Box Edge, which is now also in preview. In many ways, this is the most interesting of the additions since it goes well beyond transporting data. As the name implies, Data Box Edge is meant for edge deployments where a company collects data. What makes this version stand out is that it’s basically a small data center rack that lets you process data as it comes in. It even includes an FPGA to run AI algorithms at the edge. 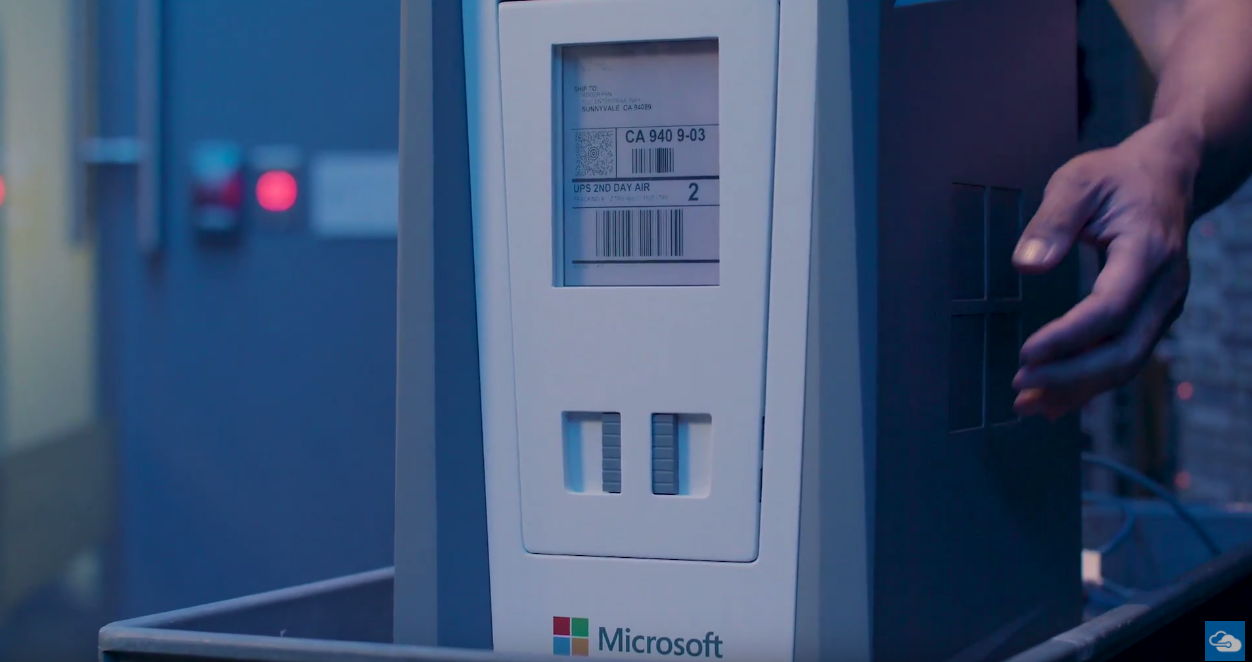 Using this box, enterprises can collect the data, transform and analyze it on the box, and then send it to Azure over the network (and not in a truck). Using this, users can cut back on bandwidth cost and don’t have to send all of their data to the cloud for processing.

Also part of the same Data Box family is the Data Box Gateway. This is a virtual appliance, however, that runs on Hyper-V and VMWare and lets users create a data transfer gateway for importing data in Azure. That’s not quite as interesting as a hardware appliance but useful nonetheless.