Beau Willimon, the screenwriter and playwright who created Netflix’s “House of Cards”, has turned his attention from Washington, D.C. to outer space in his latest series “The First”.

The shows have more in common than I expected. Sure, “The First” is about a future expedition to Mars, not present day political machinations. And instead of the fourth wall-breaking monologues that “House of Cards” was known for, the new series relies on long, nearly silent sequences where characters ponder their decisions and brood over the past.

But “The First” (which launched all eight episodes of its first season on September 14) isn’t an outer space adventure filled with special effects. In fact, most of the story takes place in New Orleans, focusing on the political, financial and technical challenges that the team (led by Tom Hagerty, the astronaut played by Sean Penn) faces before it can even take off.

When I interviewed Willimon and executive producer Jordan Tappis, I suggested that the show seemed to be more about Earth than Mars — but Willimon didn’t quite agree.

“I actually think it’s completely about Mars,” he said. For one thing, he has a multi-season plan, which will presumably take us to the Red Planet eventually. And while Willimon acknowledged that it would have been “a lot safer of a narrative choice to leap straight into the mission,” he wanted to explore other angles, like the fact that “the reality of getting to a place like Mars is that it would be incredibly difficult to even get to the starting line.” 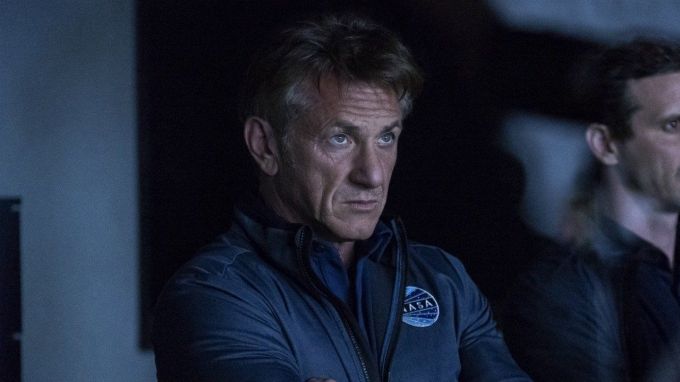 Part of that difficulty involves confronting space skeptics who wonder whether the mission is worth the cost and risk. In a traditional science fiction story, those opponents would probably be depicted as wrongheaded or even downright villainous, but in “The First”, they seem to have a real point.

“My own personal attitude is, I absolutely think we should go to Mars,” Willimon said. “The value of exploration in any form, in space or here on Earth, speaks to a long and deep desire in humanity to understand and confront the unknown” — and that’s on top of the material and scientific benefits.

Still, he said he wanted “The First” to “reflect the world in which we live and the world in which we’re likely to live 13 years from now,” which meant telling “the story of people who don’t share that same belief, who challenge it from a philosophical or emotional point of view. … Any astronaut going to Mars has to confront the fact that he or she may die. The question for any of them, or for any loved one, is: Is it worth it?”

That meant creating a plausible roadmap for how we might actually get to Mars. In “The First,” the mission is organized by a private company called Vista, but the funding comes from the U.S. government, and Willimon suggested that this kind of public-private partnership will probably be necessary. 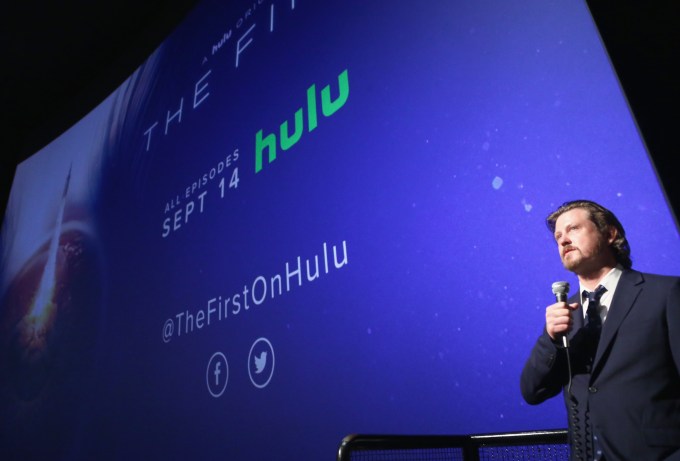 With the current excitement around companies like SpaceX and Blue Origin, he said “the private sector has a lot to offer in accelerating a mission like this and making it cost efficient.” But he doesn’t think the private sector is going to get us to Mars on its own.

“In reality, the cost of getting to Mars, no matter what version you speculate, is enormous,” Willimon said. “I don’t think it’s likely that a purely private sector venture is going raise that amount of capital … In our conception, the money is coming from NASA, which means it’s really coming from taxpayer and the U.S. government, while the actual execution, building the hardware and seeing the mission through, is contracted out to Vista.”

“The First” also depicts everyday life in 2031. Tappis explained that the production team “worked really closely with a handful of consultants and experts in the field” to develop its version of future technology — which looks a lot like the technology of 2018, but with a few key advancements in areas like self-driving cars, augmented reality and voice communication.

“When you think about 13 years ago, the world looked pretty similar to the way it looks today, but with a few grace notes that you would find that showcase the evolution between then and now,” Tappis said.

One thing that has changed dramatically in the past decade is the television landscape, and I suggested that by creating and showrunning “House of Cards,” Willimon essentially kicked off the shift to streaming content.

“To be honest, I think that would have happened regardless of ‘House of Cards’,” Willimon replied. “We were the first show to go do that, because we were in the right place at the right time and were smart enough to say yes. But I think the trend was underway and was going to happen one way or another.”

As for the future of television, he said, “If this much change happened in less than a decade, who knows what might happen 15 years from now. Maybe … the audience isn’t going to be watching shows on handheld devices, but instead watching it floating before them on AR glasses.”

Near-future speculation is fun, and it’s a task that Willimon and Tappis seem to have taken very seriously. Still, if “The First” ends up running for several years, there seems to be a real risk that it could be overtaken or contradicted by how space travel plays out in the real world, or how consumer technologies evolve.

“While we think our speculation is an informed one and certainly plausible in terms of what it could look like, the time will come when we do make our first mission to Mars and it will either be very accurate or it won’t be,” Willimon said. And yet, just as we still watch the ostensibly outdated “2001: A Space Odyssey”, he argued, “There’s a deeper story there, which is the human story of people with messy lives trying to accomplish something great. There’s an essential truth to that, which we hope is timeless.”