GoPro delivered a big refresh of its cameras today with a lot of new product names but not quite as many hardware updates as we’ve seen in the past.

The new lineup from GoPro is definitely less confusing from a branding perspective. The Hero7 White, Silver and Black will cost $199, $299 and $399 respectively. Unlike past years, the company will be discontinuing the previous generations rather than just dropping the price. The company did not offer any updates on its Fusion 360-degree camera.

In terms of the new product line, here’s what you’re looking at when it comes to specs. 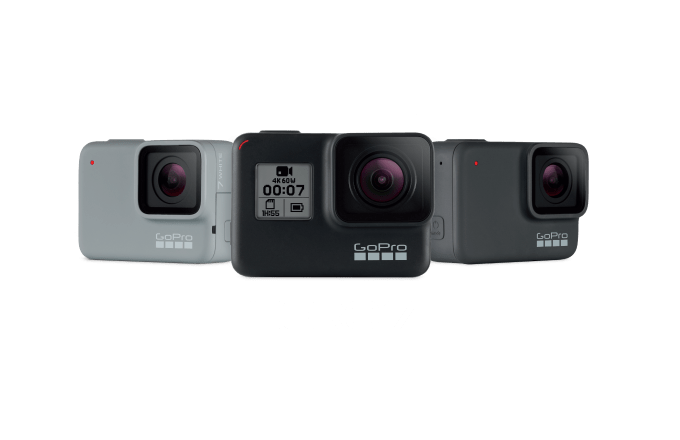 While the White and Silver models both have a new color palette, they both have lost the small front LCD status screen that could help you determine what mode you were in. It’s an interesting move that probably offered a drop in bill of materials cost for the cameras and offered a broader range of differences between low and high-end models but they do ultimately kind of feel like downgrades to the Hero5 Black and Hero they are replacing in the lineup.

The flagship Hero7 Black is again the star of the group, but the differences between the newcomer and its preceding model are far less pronounced than in past releases.

You can check out our Hero7 Black review for some more details on how the hardware and software stack up.

Review: With the Hero7 Black, GoPro looks towards stability