The investment arms of BMW and the Chinese search technology giant, Baidu, along with a large original equipment manufacturer for the auto industry and a slew of technology investors, have all come together to back Lunewave, a startup developing new sensor technologies for autonomous vehicles.

The $5 million seed round, which the company just closed, will serve as a launching pad to get to market its novel radar technology, based on the concept of a Luneburg antenna.

First developed in the 1940s, Lunewave’s spin on the antenna technology involves leveraging 3D printing to create new architectures that enable more powerful antennas with greater range and accuracy than the sensing technologies currently on the market, according to the company’s chief executive John Xin.

Lunewave was co-founded by brothers John and Hao Xin and is based off of research that Hao had been conducting as a professor at the University of Arizona. Hao previously spent years working in the defense community for companies like Raytheon and Rockwell Scientific after graduating with a doctorate from the Massachusetts Institute of Technology in 2000.

Lunewave represents the culmination of nine years of research the elder Xin spent at the University of Arizona applying 3D printing to boost the power of the Luneburg antenna. With so much intellectual firepower behind it, Hao was able to convince his younger brother to join him on the entrepreneurial journey.

“He has a strong desire to commercialize his inventions,” John said of his older brother. “He wants to see it in everyday life.” 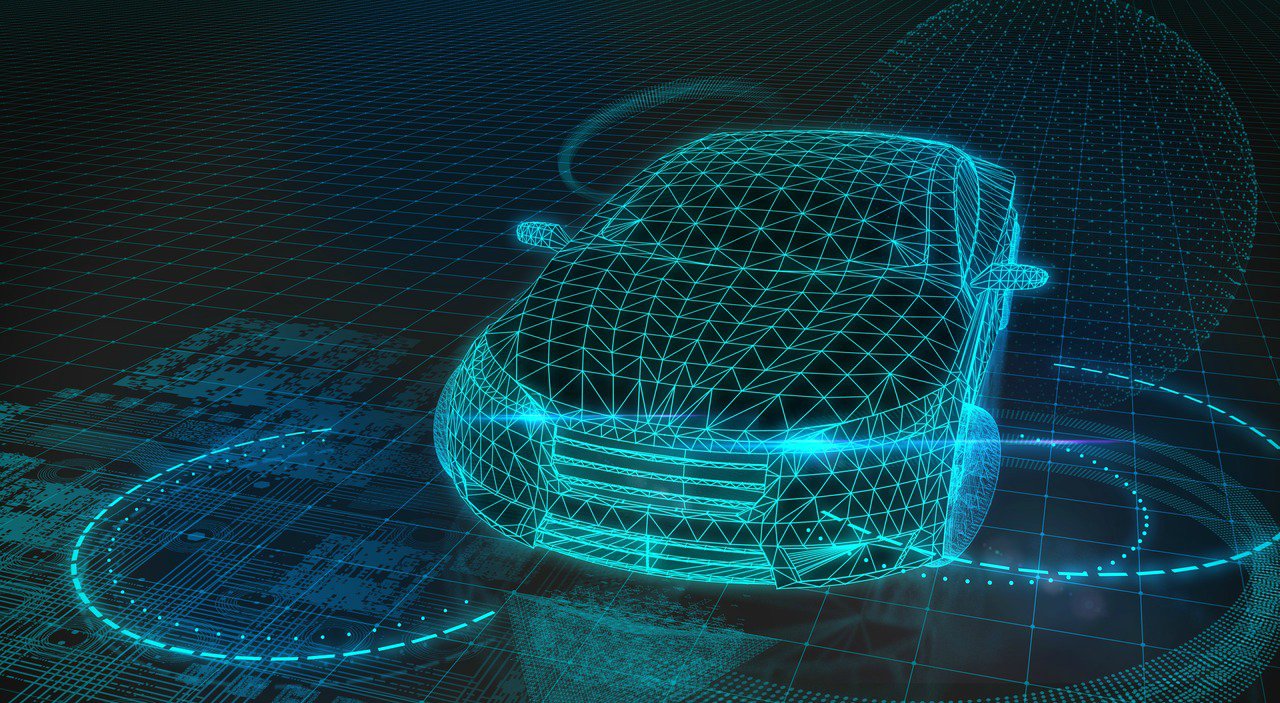 Now the company has $5 million in new funding to take the technology that Hao has dedicated so much time and effort to develop and bring it to market.

“With a single 3D printer in the laboratory version we can produce 100 per day,” John told me. “With an industrial printer you can print 1,000 per day.”

The first market for the company’s new technology will be autonomous vehicles — and more specifically autonomous cars.

Lunewave is focused on the eyes of the vehicle, says John. Currently, autonomous technologies rely on a few different sensing systems. There are LIDAR technologies, which use lasers to illuminate a target and measure the reflected pulses with a sensor; camera technologies which rely on — well — camera technologies; and radar, which uses electromagnetic waves to detect objects.

Startups developing and refining these technologies have raised hundreds of millions of dollars to tackle the autonomous vehicle market. In June, the camera sensing technology developer Light raised over $120 million from SoftBank. Meanwhile, LIDAR technology developers like Quanergy and Leddartech have raised $134 million and $117 million, respectively, and some studies have claimed that the market for LIDAR technologies was already a $5.2 billion last year alone.

Most companies working with autonomous cars these days use some combination of these technologies, but the existing products on the market have significant limitations, according to Lunewave’s chief executive.

John argues that the Lunewave technology can detect more objects in a wider field of view and at greater distances than existing products thanks to the unique properties of the Luneburg antenna.

Think of the antenna as a giant golf ball with a 360 field of “view” that can detect objects at greater distances than existing Lidar technologies because of the distance constraints on laser technologies. 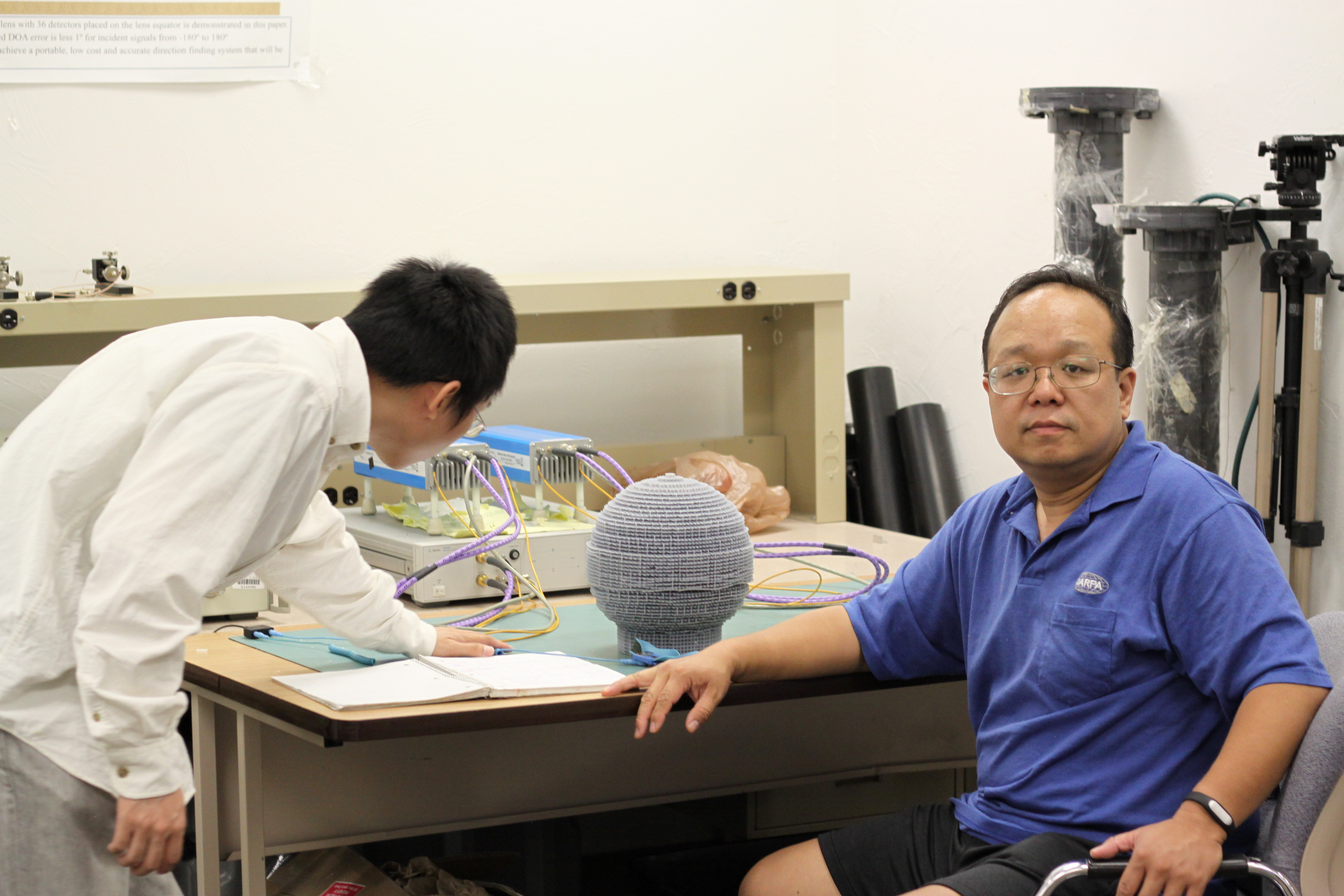 Hao Xin with a Lunewave prototype

The company came out with its minimum viable product in 2017 — the same year that it launched. It was one of the early companies in the UrbanX accelerator — a collaboration between Mini and Urban.us — and is part of BMW’s startup garage program.

The company raised $5 million in two structures. Its seed financing was a $3.75 million equity round led by the automotive investment specialist McCombs Fraser with participation from Ekistic Ventures, Urban.us, Plug and Play, Shanda Capital, Lighthouse Ventures, Baidu Ventures and BMW iVentures. But a portion of its capital came in the form of a $1.25 million non-dilutive government grant through the National Science Foundation. “In late 2016 that’s what helped us to jumpstart the company,” said John.

Now, the company just needs to fulfill Hao Xin’s dream of taking the product to market.

“We have the product,” John said. “It’s not just taking in money. Now it’s about [proof of concepts] and pilots.”