Amazon this morning introduced a new device called the Fire TV Recast that allows you to watch and record live TV via a connected digital antenna and stream the content anywhere both inside and outside the home. The fairly hefty device allows you to place your digital antenna anywhere in the house where you can get good reception, without having to worry about having your connected media player device – like a Fire TV or Echo Show – also having to be nearby.

As Amazon explained, the Recast allows you to separate out where the actual recording happens and where the viewing happens.

The Fire TV Recast also helpfully ships with an app that will help you find the spot that has the highest attenuation for your antenna, so you can place it appropriately. The device then uses “an advanced wireless system,” to deliver the streams to other connected devices.

It can stream to your Fire TV, Echo Show, or even iOS and Android devices, Amazon says. In the future, it will be able to stream to an Echo Show.

With your antenna, you can pick up over-the-air channels like ABC, NBC, CBS, FOX and others. How well you receive them, of course, will depend on your geographic location. However, most U.S. consumers are able to access a number of stations through a connected TV setup. 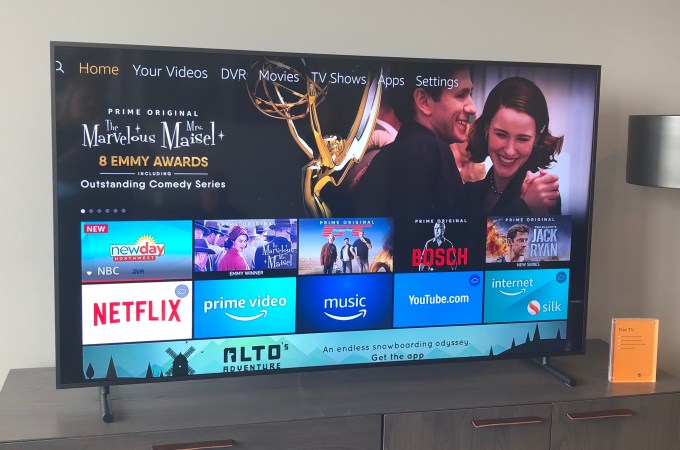 The device allows you to record two or four shows at a time, depending on which version of the Recast you choose, them stream to multiple devices.

When you set up a Fire TV Recast, your Fire TV software will automatically recognize it’s attached to your network and update its own user interface accordingly. A new DVR menu will appear on the top of the screen alongside other navigation options, and the Home screen’s “On Now’ row will inform you about live programming.

There’s also a new Channel Guide that looks a lot like a traditional cable TV guide to show you what’s currently airing on your over-the-air TV channels. A small thumbnail of the channel you’re currently tuned to will display at the bottom right as you browse through the available programming. Included in this guide is the live content from any streaming service you subscribe to that offers live programming. PlayStation Vue is Amazon’s first partner on this front, but the company notes that if you subscribe to an Amazon Channel that offers live content – like HBO or CBS All Access – that will appear here, too.

The DVR feature, meanwhile, will show you all your recordings. 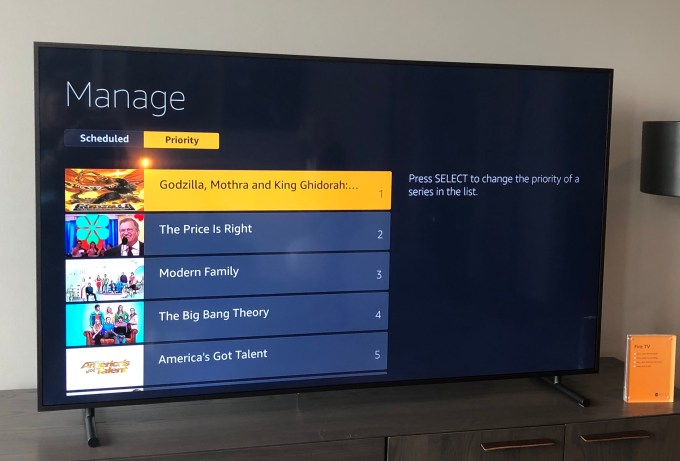 For the time being, you can record TV shows and movies, and you can prioritize which programs should record first if you’re running out of room. Other features may roll out in time

You can stream the programming, including HD content, from the Fire TV Recast over Wi-Fi in the home or over cellular when outside the home. A companion app lets you stream to your mobile device, like an iPhone or Android smartphone. 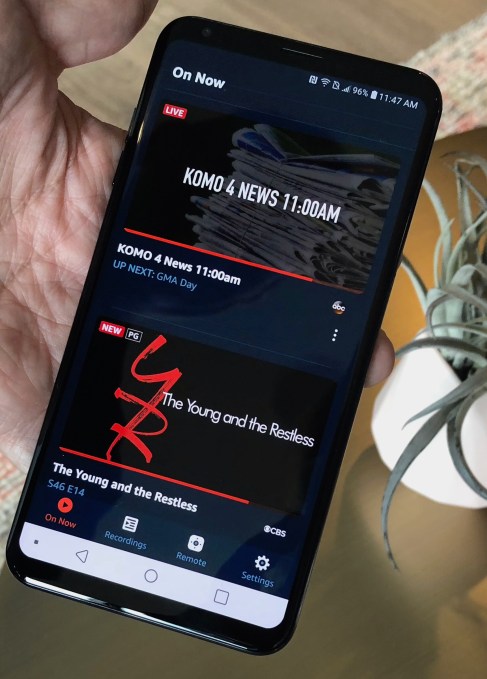 Preorders for the Fire TV Recast start today at $229.99. That’s for two tuners and a 500 gigabyte DVR that holds up to 75 hours of HD programming. Amazon also offers a four tuner one terabyte version that holds up to 150 hours of programming for $279.99. Soon, you’ll be able to add on extra storage by connecting a USB hard drive on the port that’s already on the back of the device.

The Fire TV Recast itself is fairly sizable – it’s not a slim little thing you can hide anywhere. (Both versions will be the same size, in fact.) But the idea here is that you can tuck the device away somewhere else in your house – not necessarily nearby the Fire TV setup in your living room, den or bedroom. 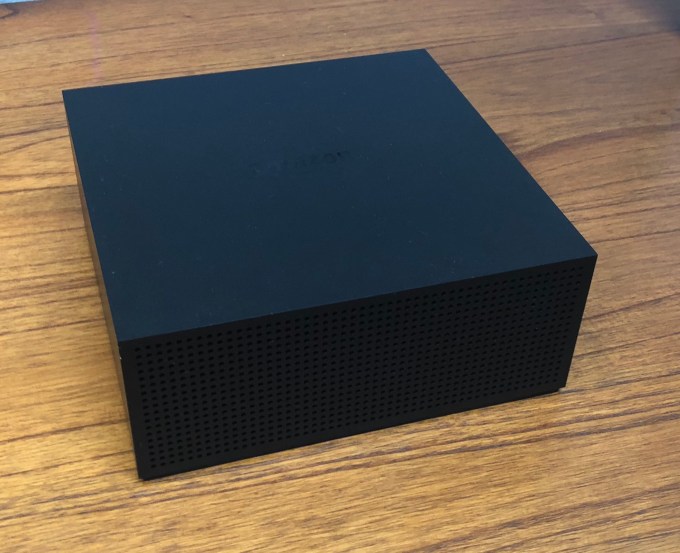 Amazon says there are no monthly subscriptions for Recast, or other fees. That’s obviously a competitive advantage, as competitors like TiVo require subscriptions.

All models will ship before the holidays, Amazon notes.

News of the device’s existence was previously reported by Bloomberg, who said it was referred to internally as the codename “Frank.”

The idea here is to complement Amazon’s other Fire TV media players – devices that Amazon wants to become more of a central part of the home not only for entertainment, but also for smart home control, and of course, for adding things to lists and shopping Amazon. 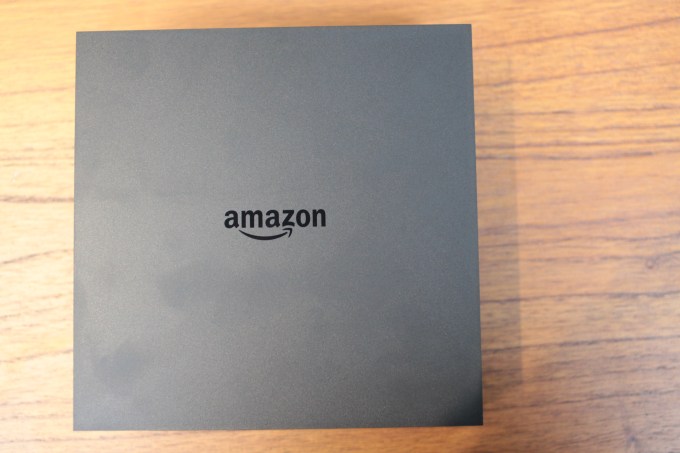 The new hardware unveiled today will compete with Dish’s Slingbox and AirTV, TiVo devices, and to some extent, with home media software platforms, like Plex, which also allows for watching and recording live TV with select third-party hardware.

Correction: The Recast does allow you to specify if you want only new episodes. We’ve updated with this info.